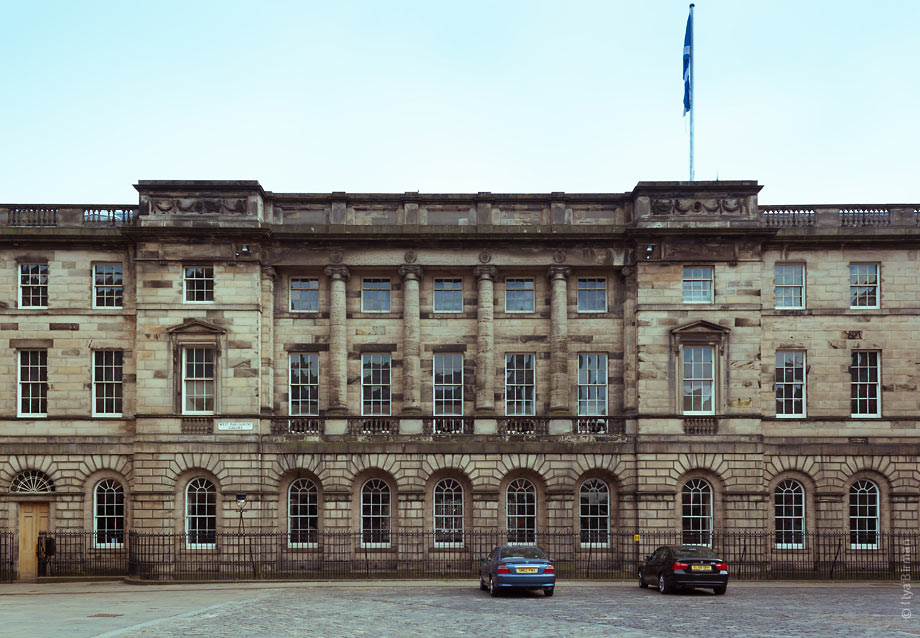 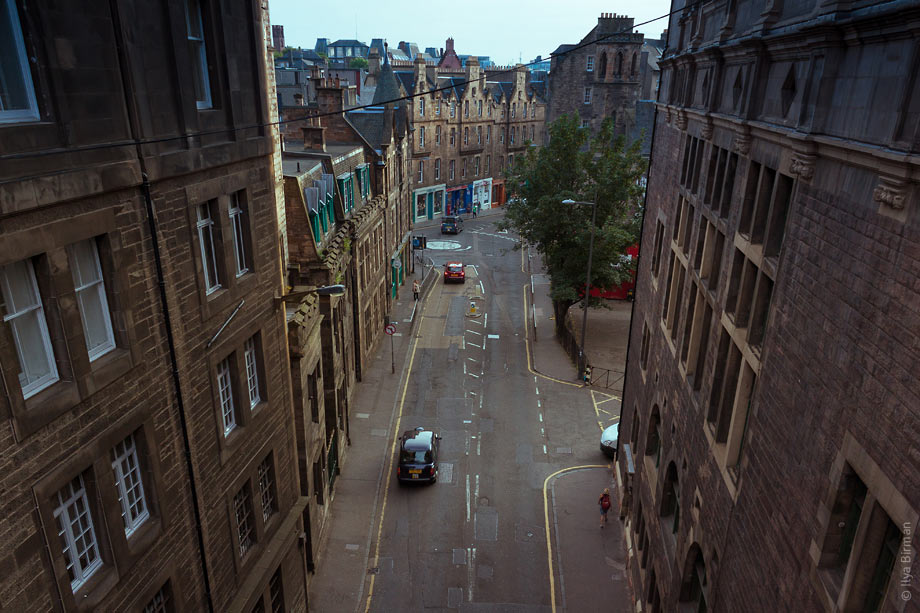 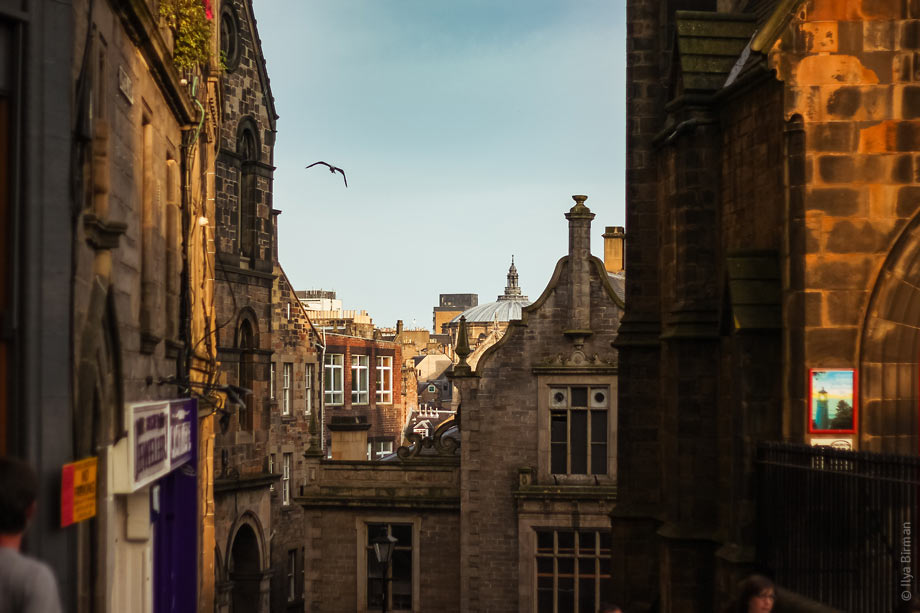 As if you were on a movie set. 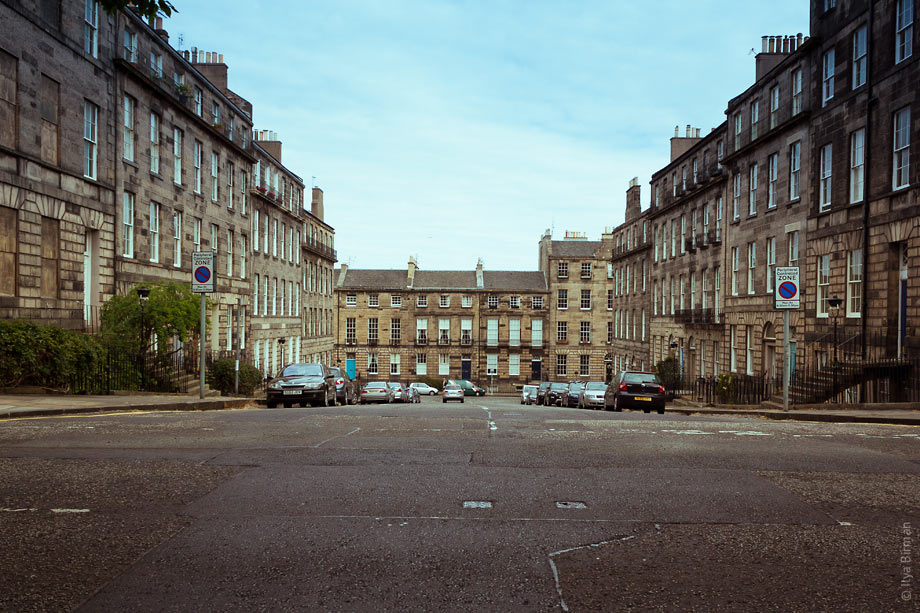 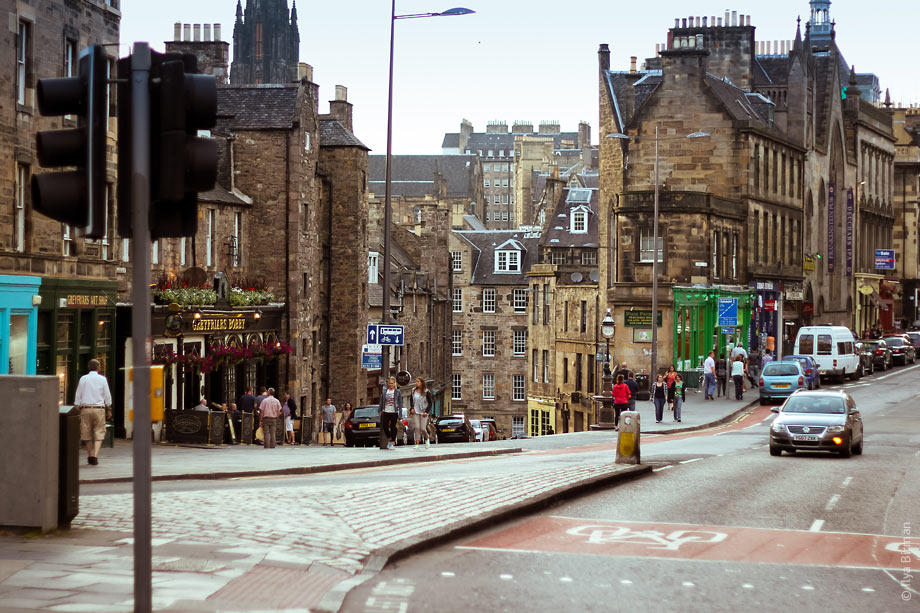 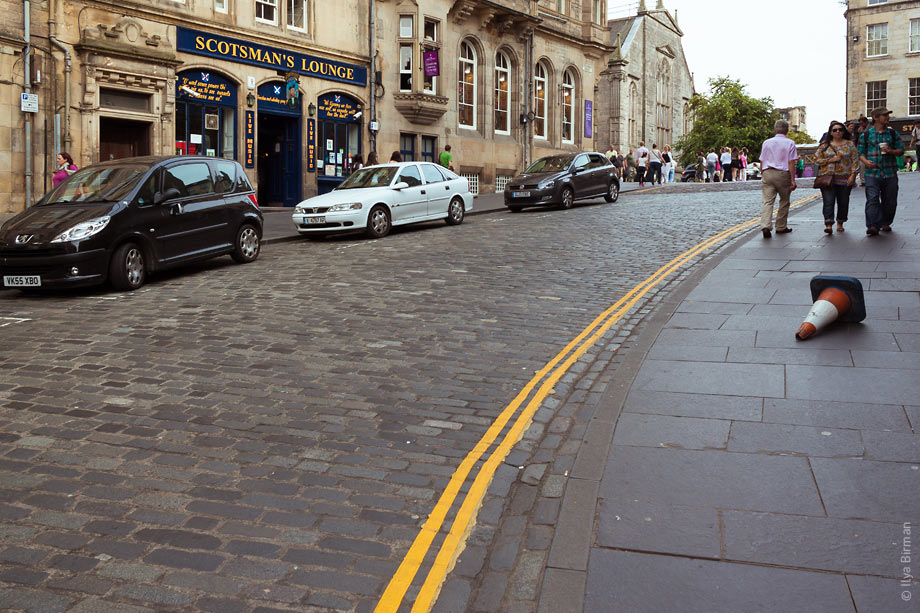 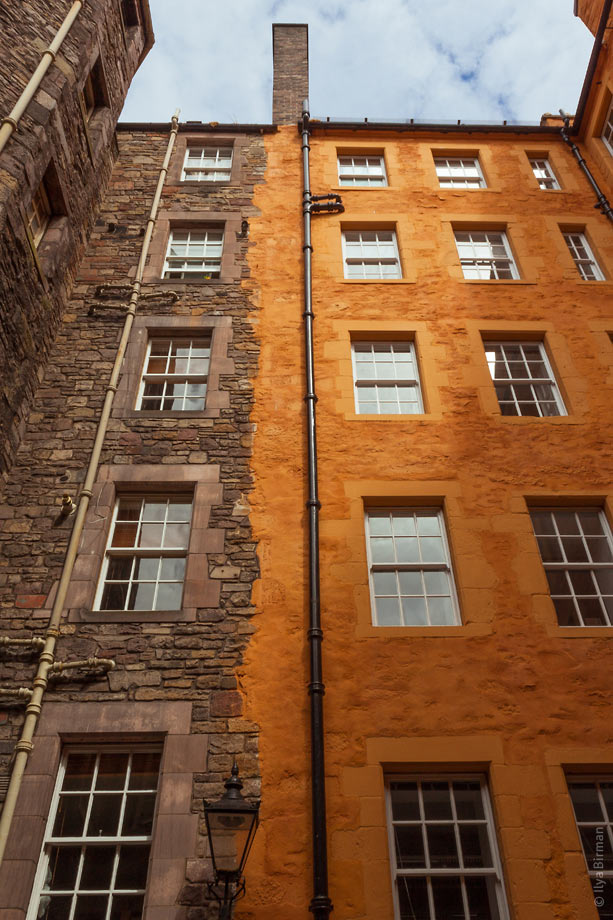 The very center of the city: 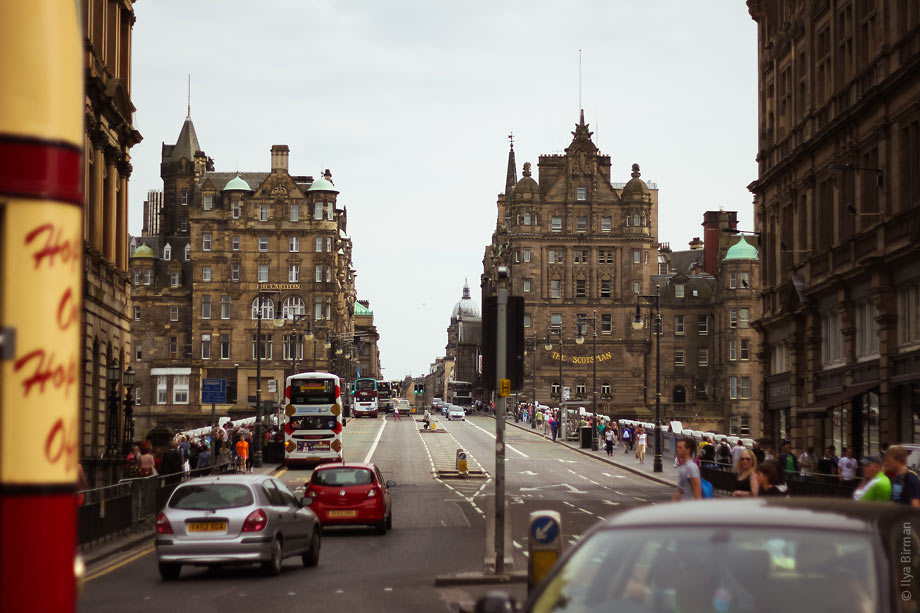 This a bridge over the Waverley railway station. If you look down from it, all the magic disappears. 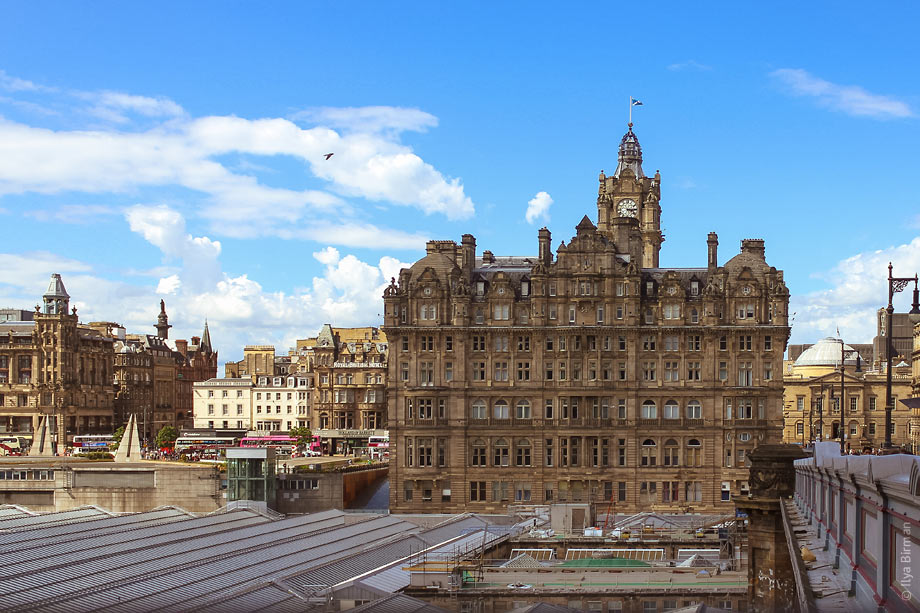 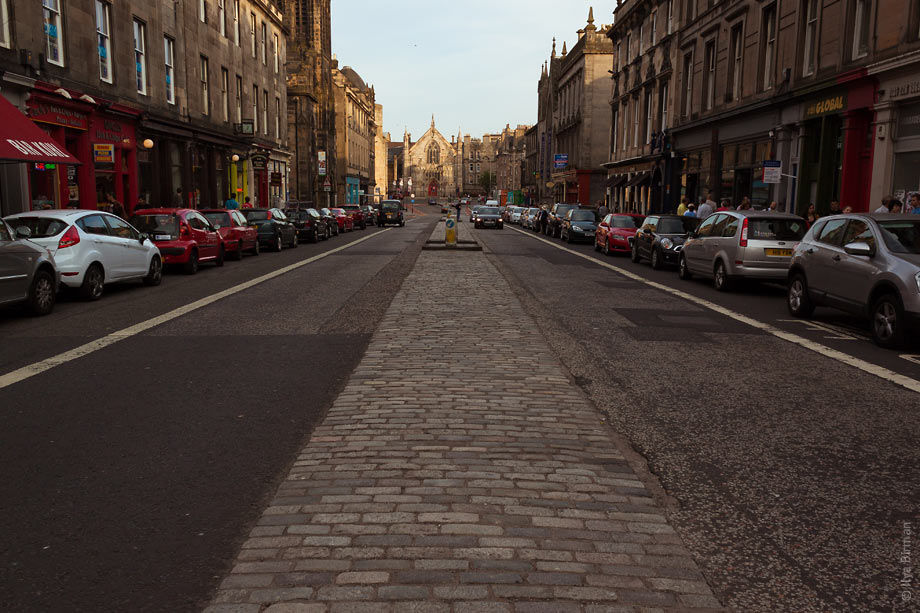 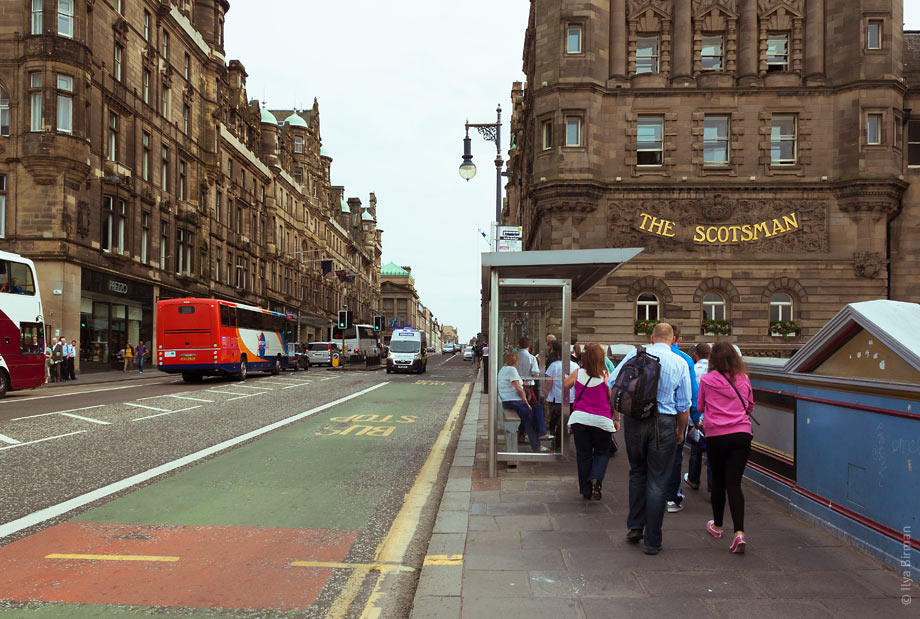 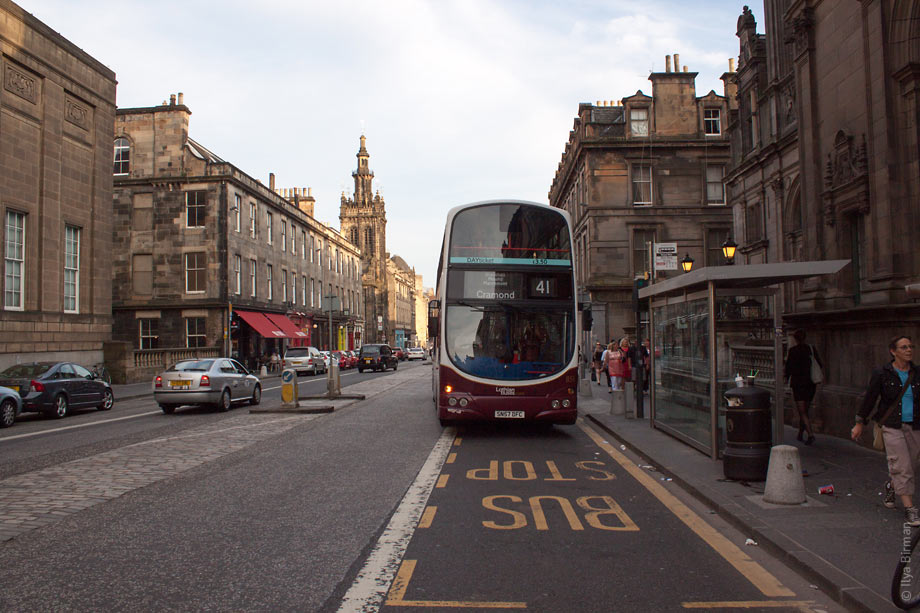 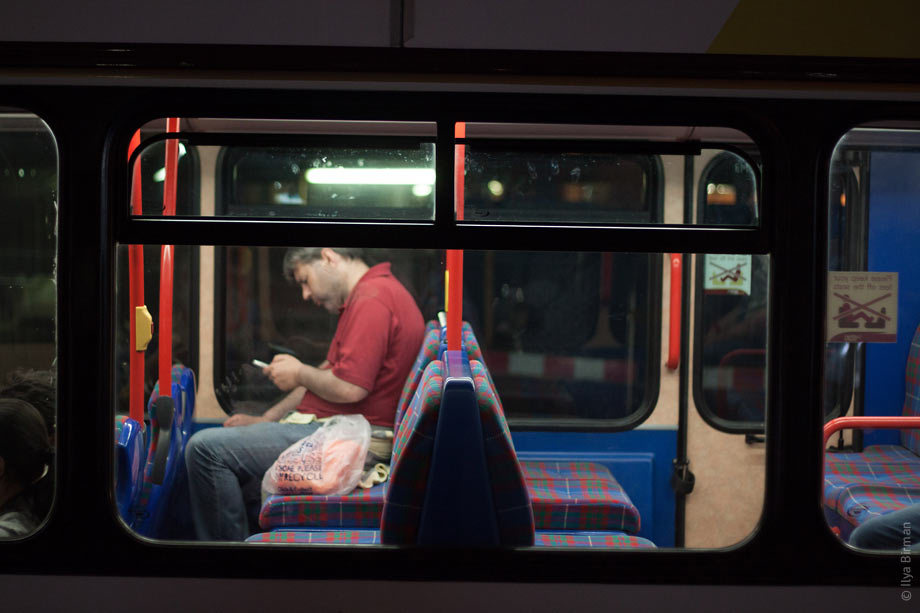 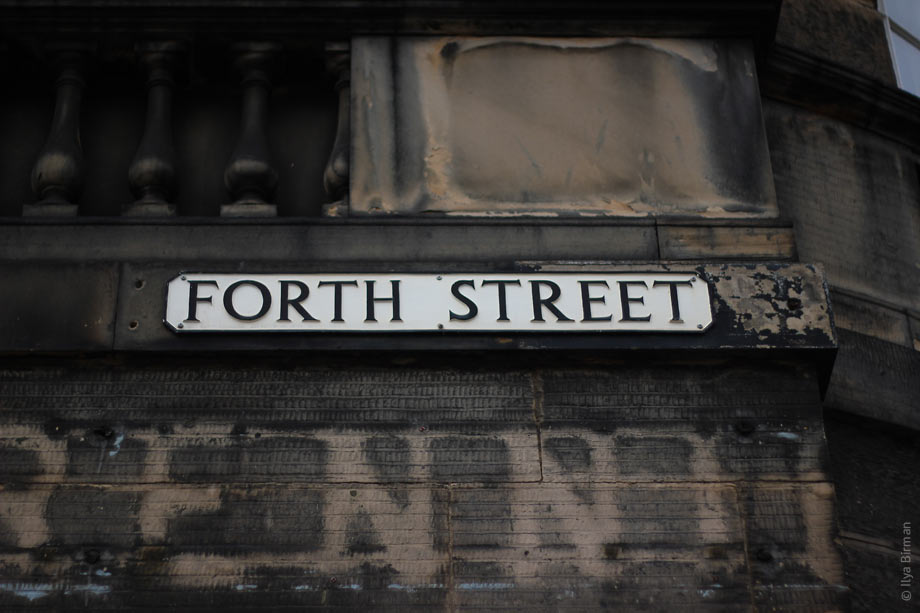 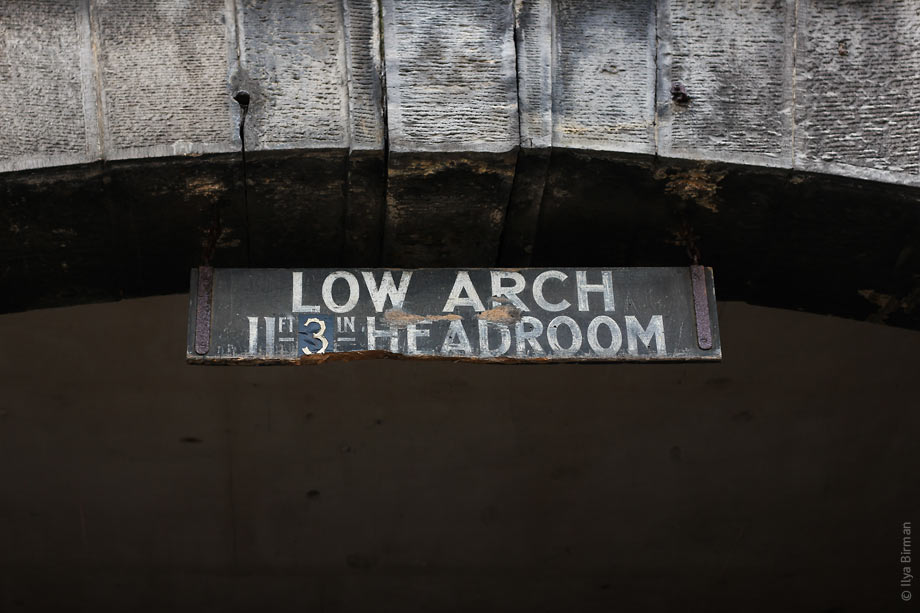 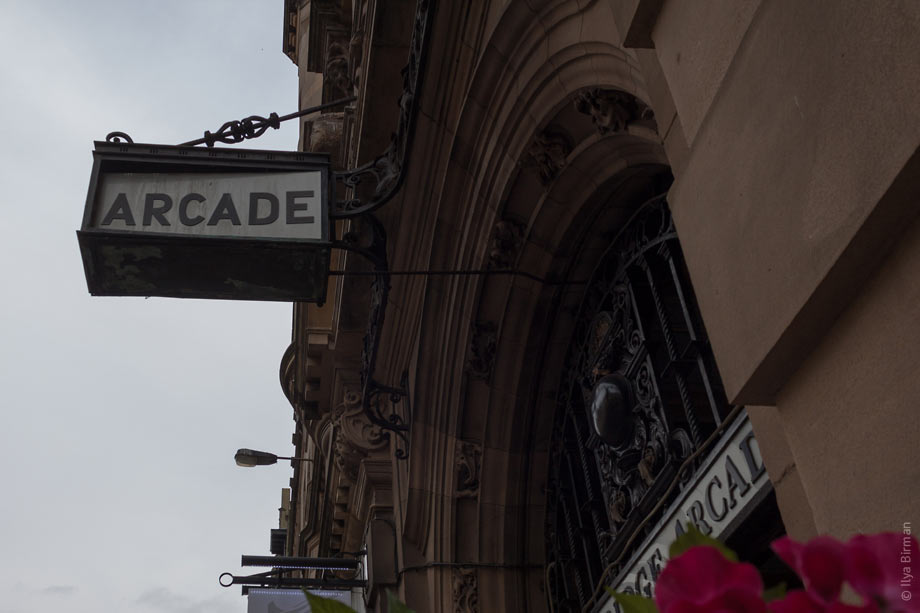 Bank of Scotland issues its own banknotes (the blue one), though they are the same pounds as in England (the green ones): 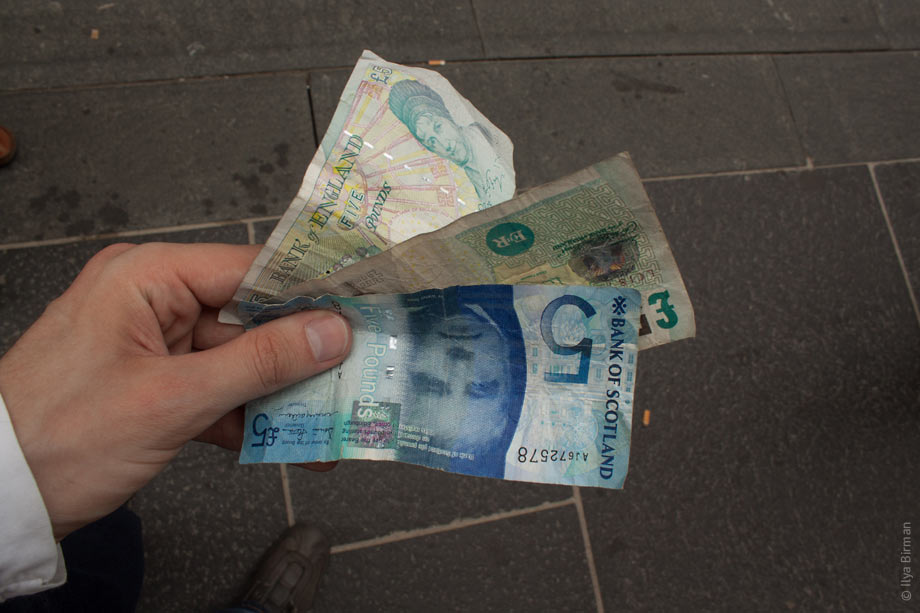 A musician plays tunes on a saw: 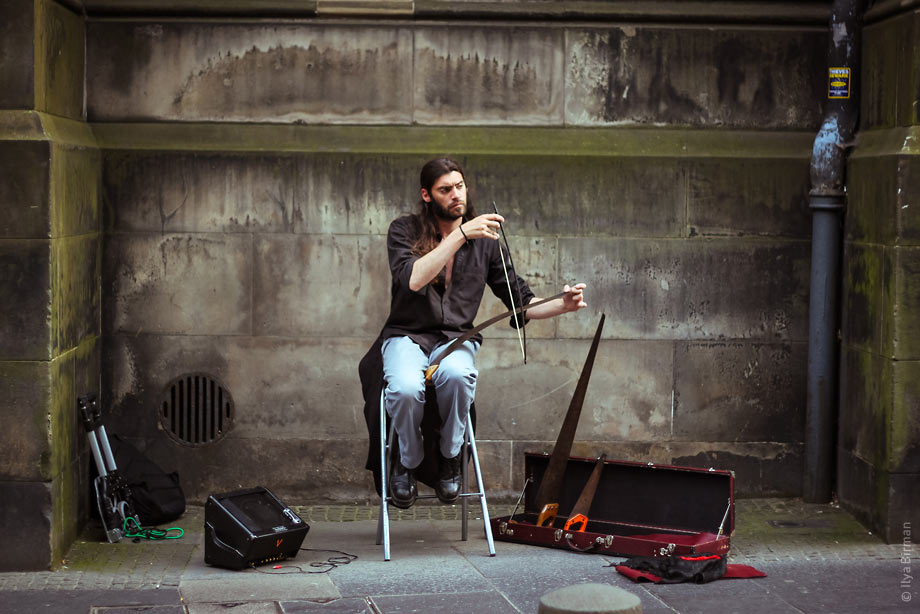 A boy frightens the passers-by with a brutal noise: 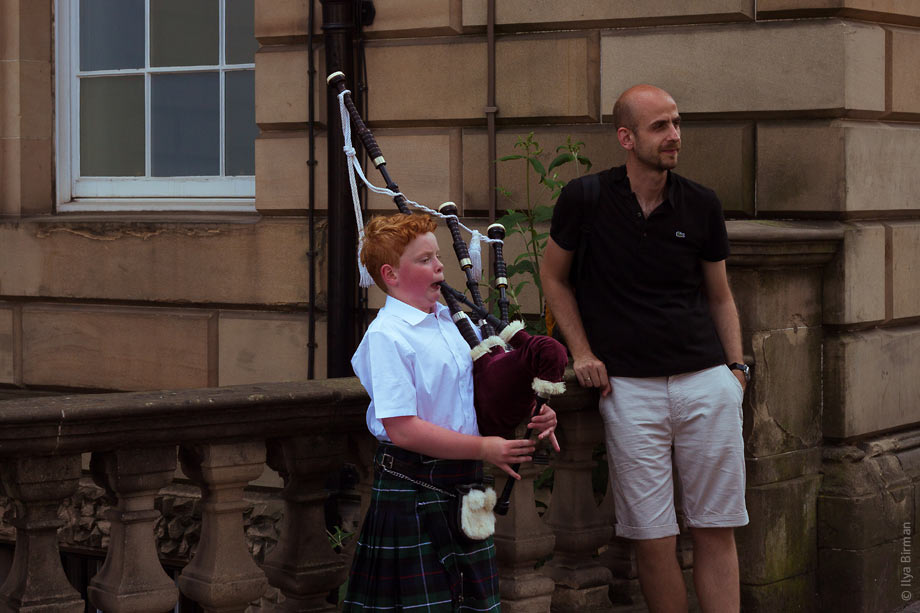 Lora tries to make it into the Guiness World Records as a person to make the most “around the world” ball juggles in a minute: 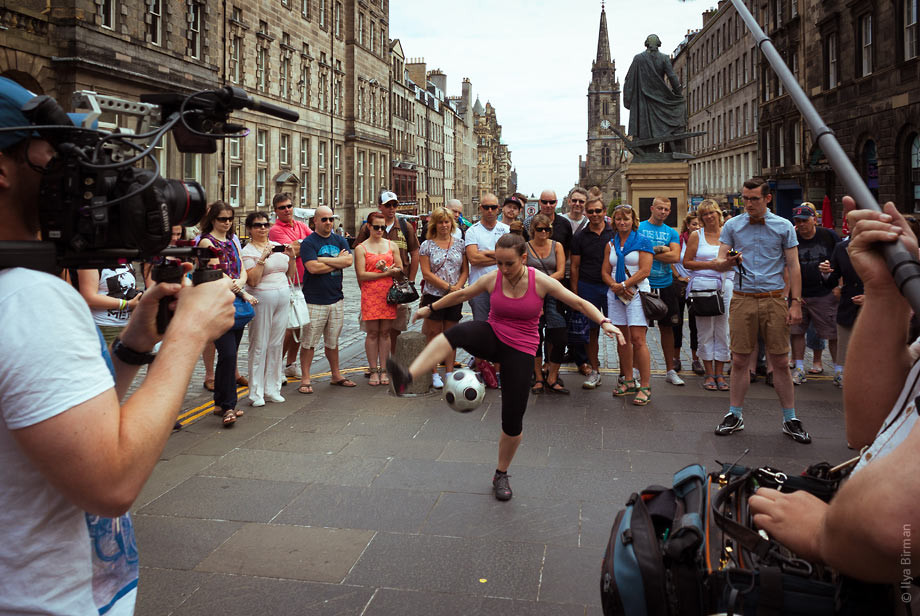 Flags on the towers wave in the wind: 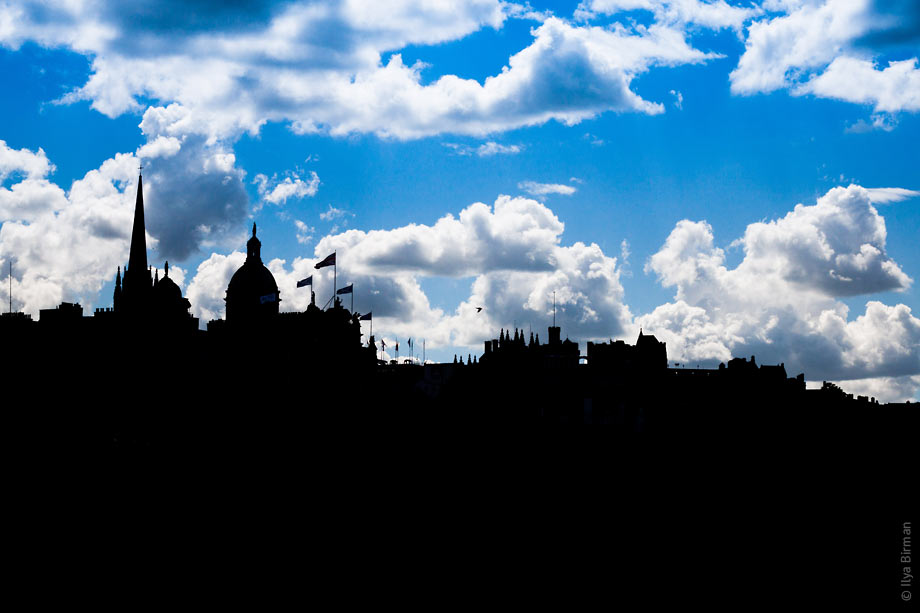