The map of the island: 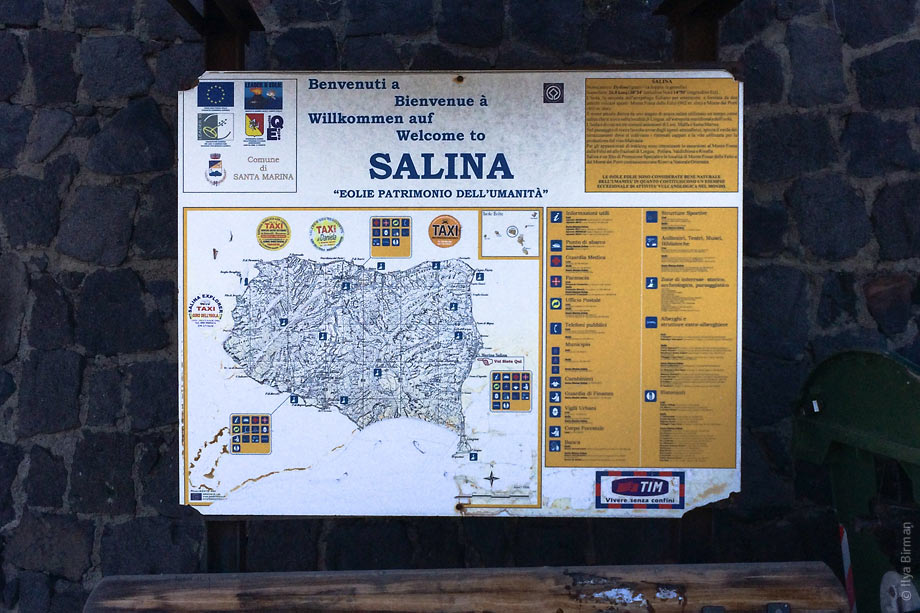 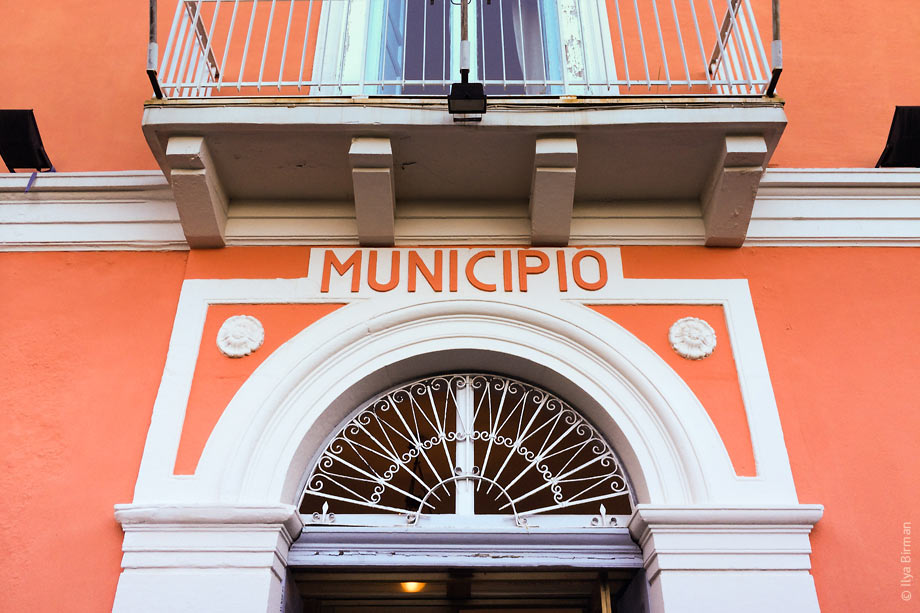 The commune is so independent that it has its own map: 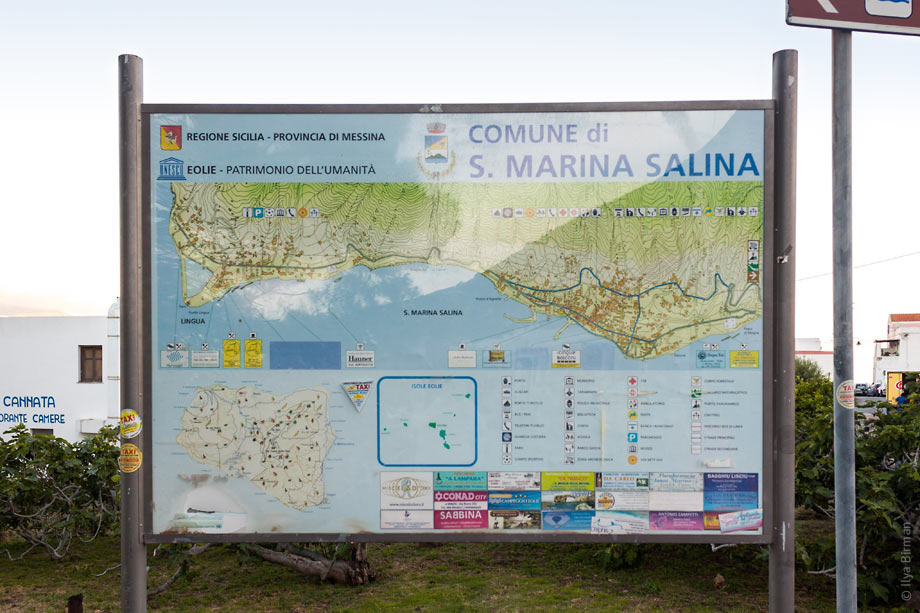 On the right, the town of Santa Marina Salina; on the left, the village of Lingua. 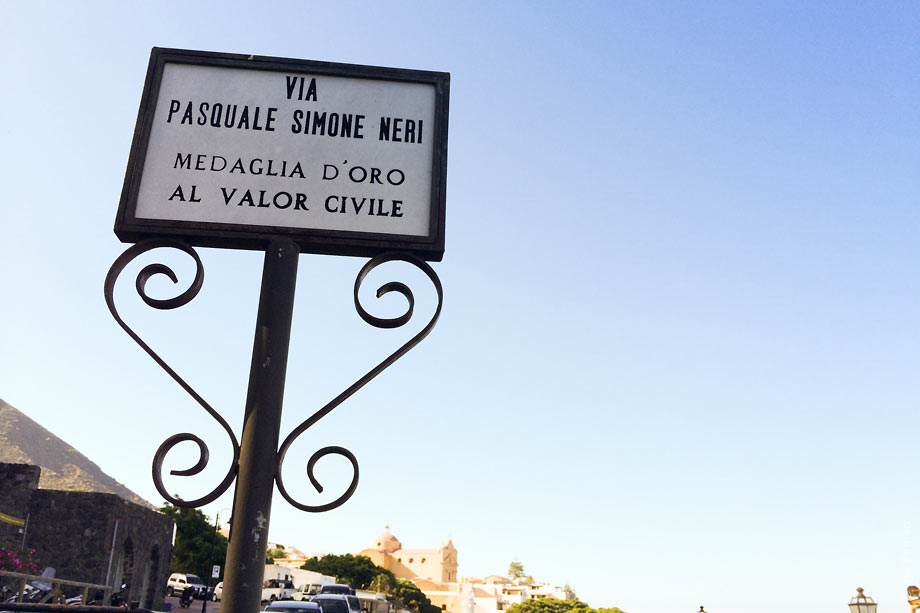 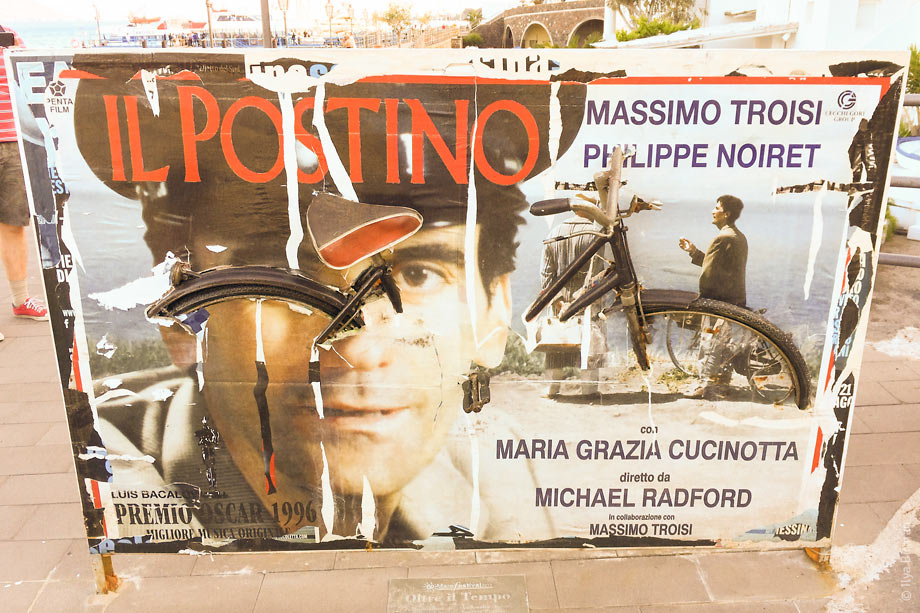 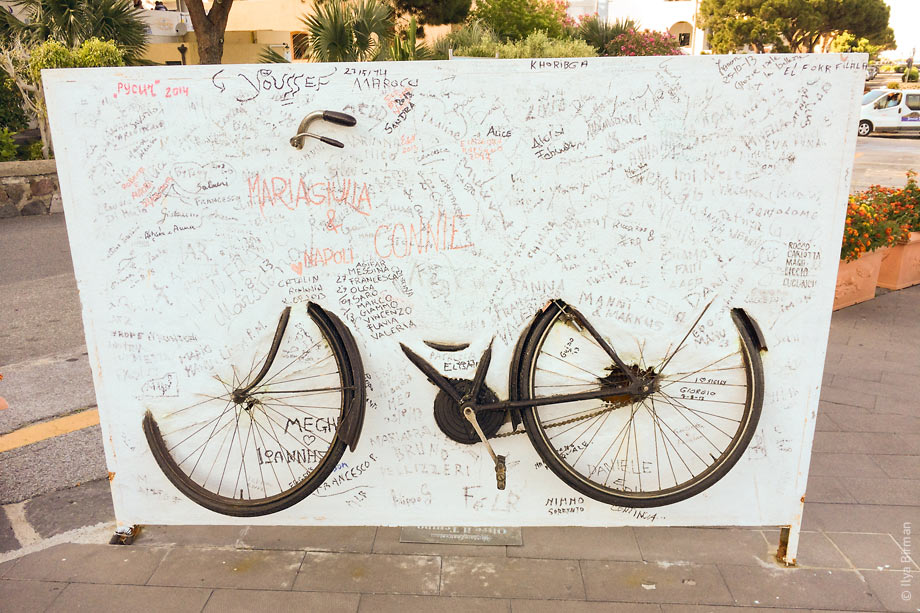 Bus stop (with Lipari in the background): 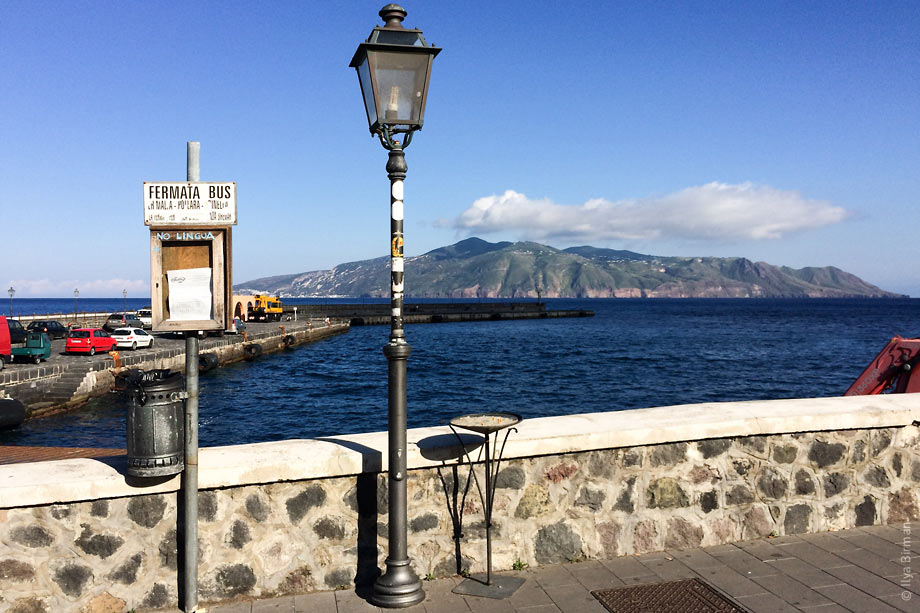 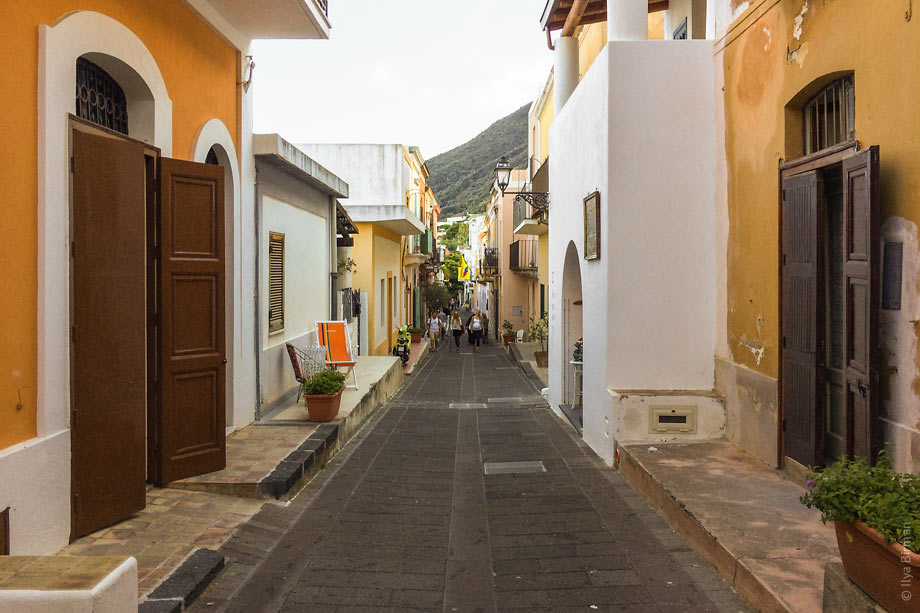 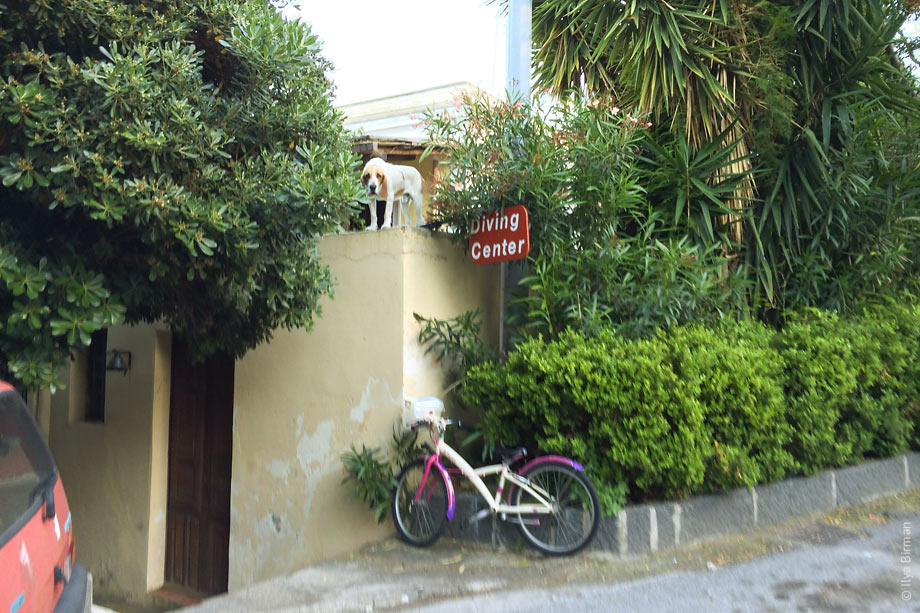 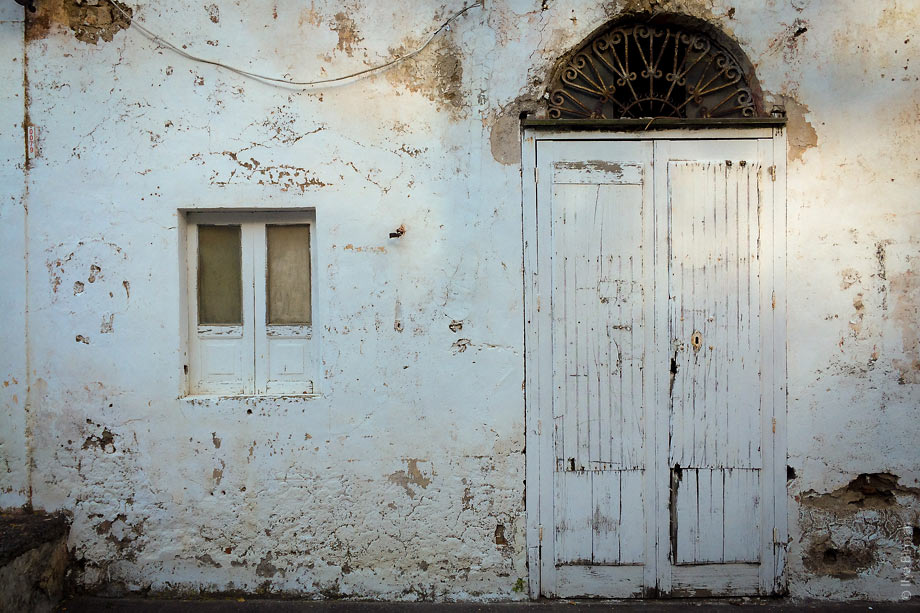 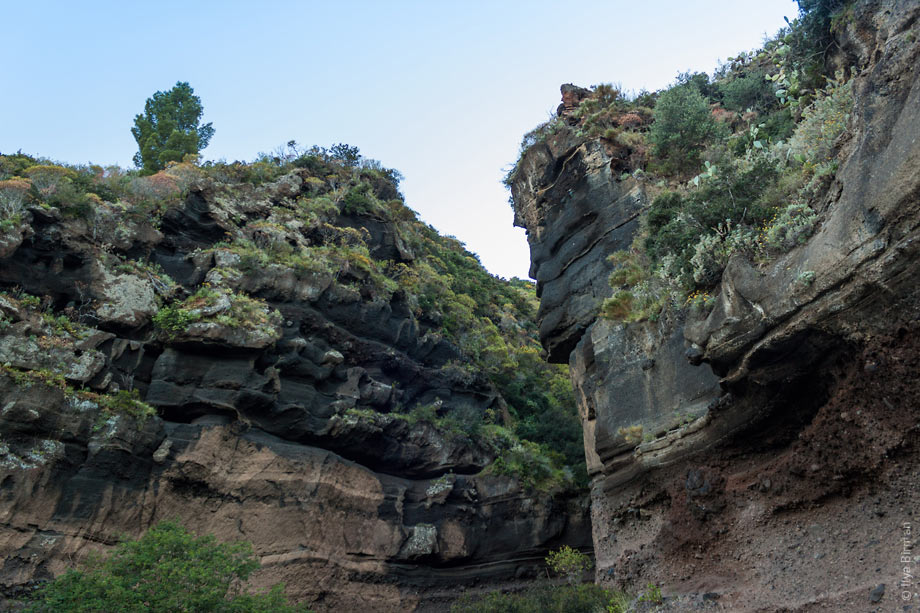 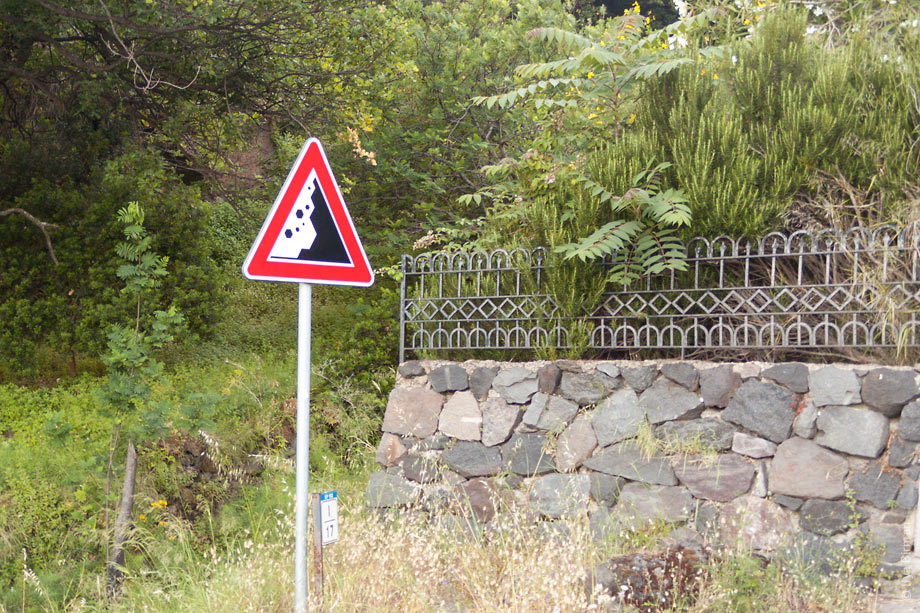 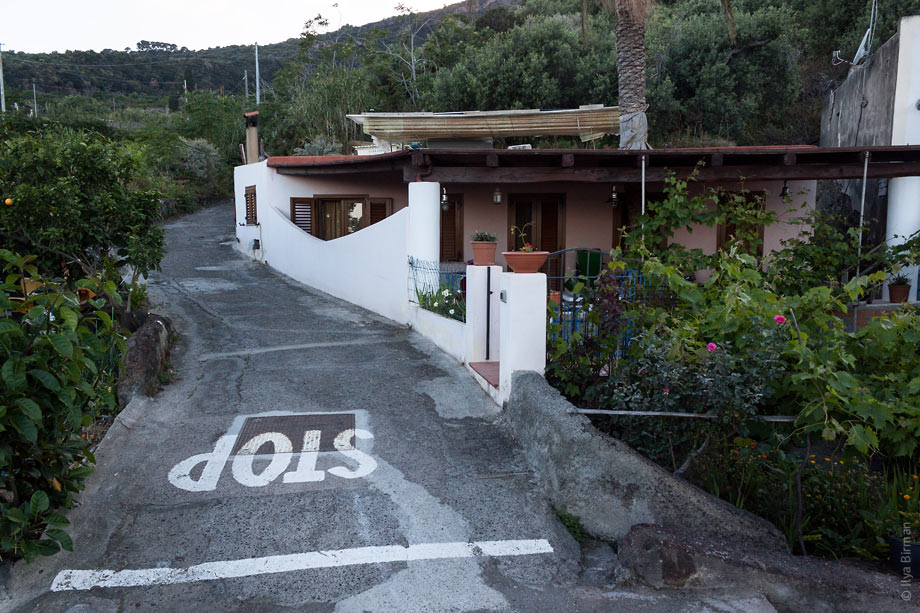 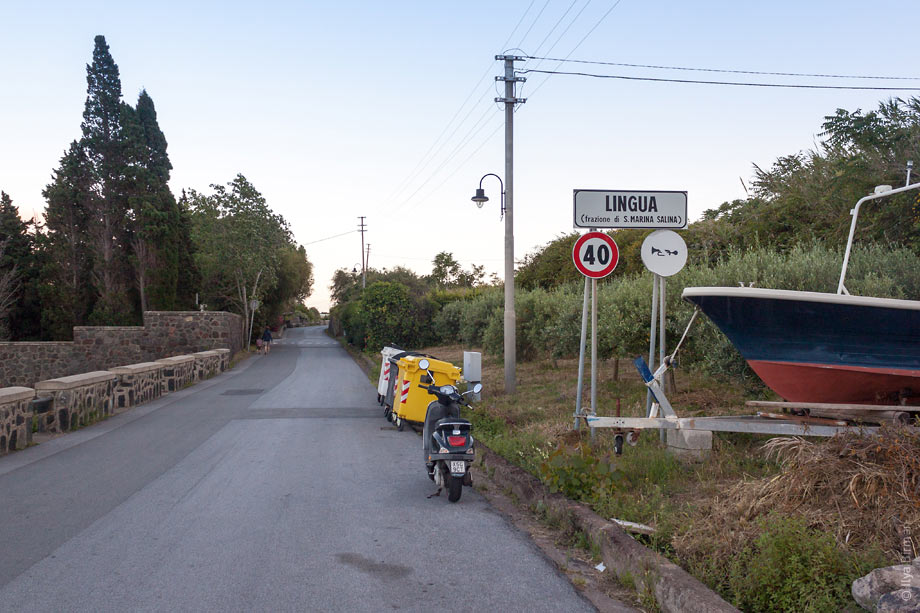 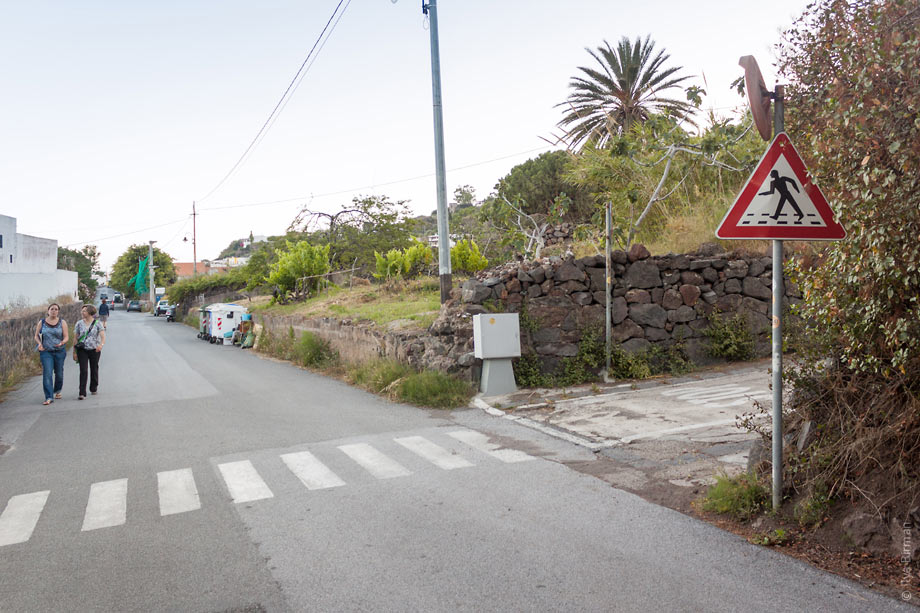 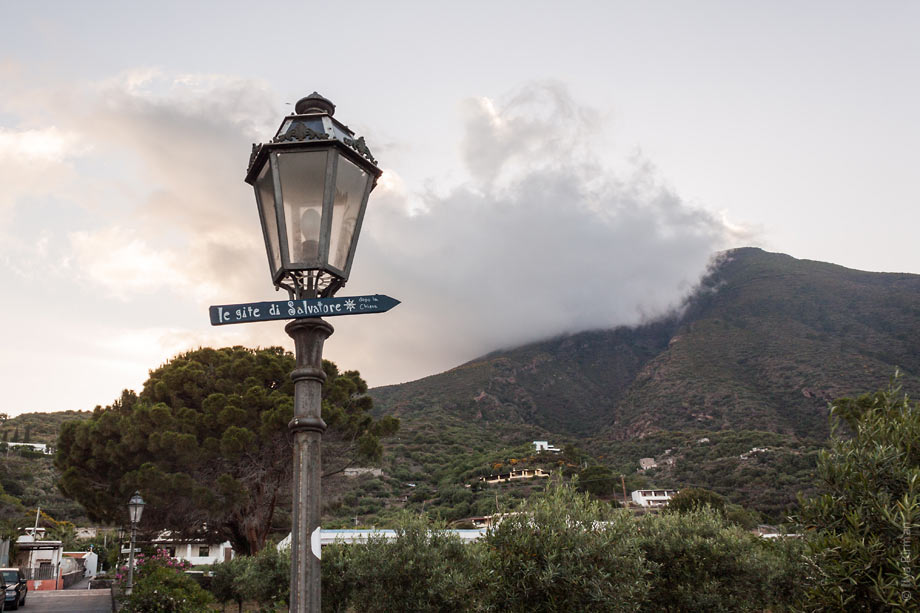 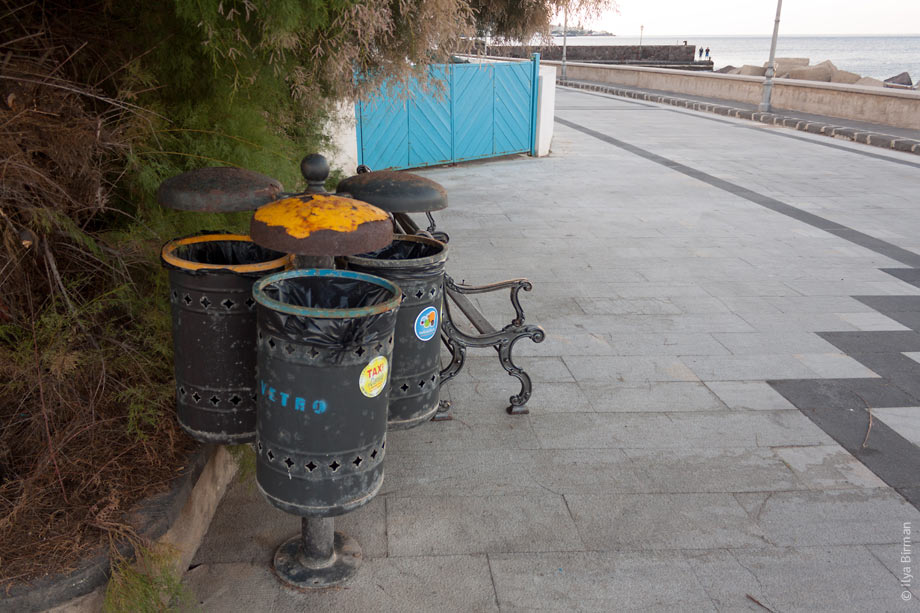