Vulcano is one of Aeolian Islands. It is the closest to Sicily. As all of them, Vulcano is of a volcanic origin. The Vulcano’s volcano is active, the last eruption having been in the end of the 19th century.

A map of the island, including the depiction of depths, heights and craters: 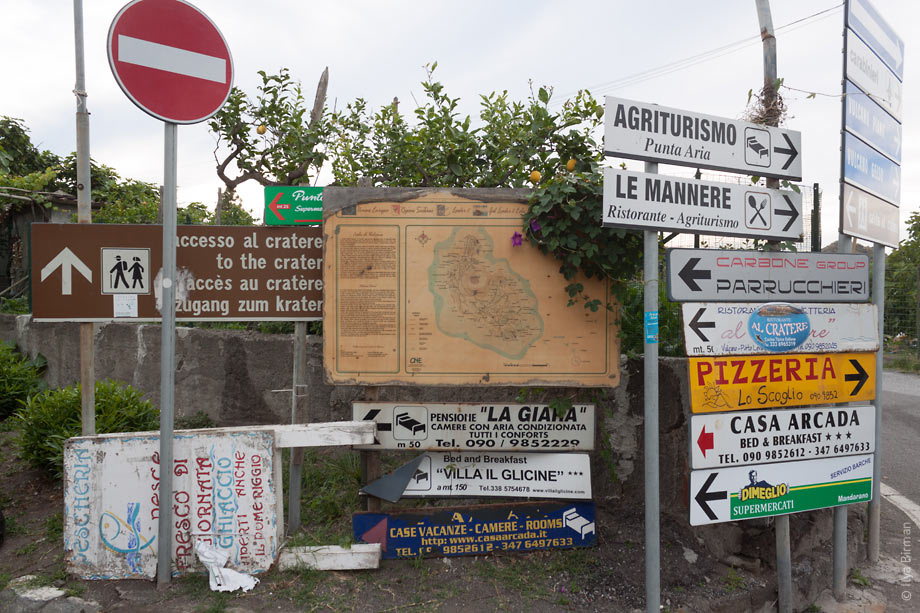 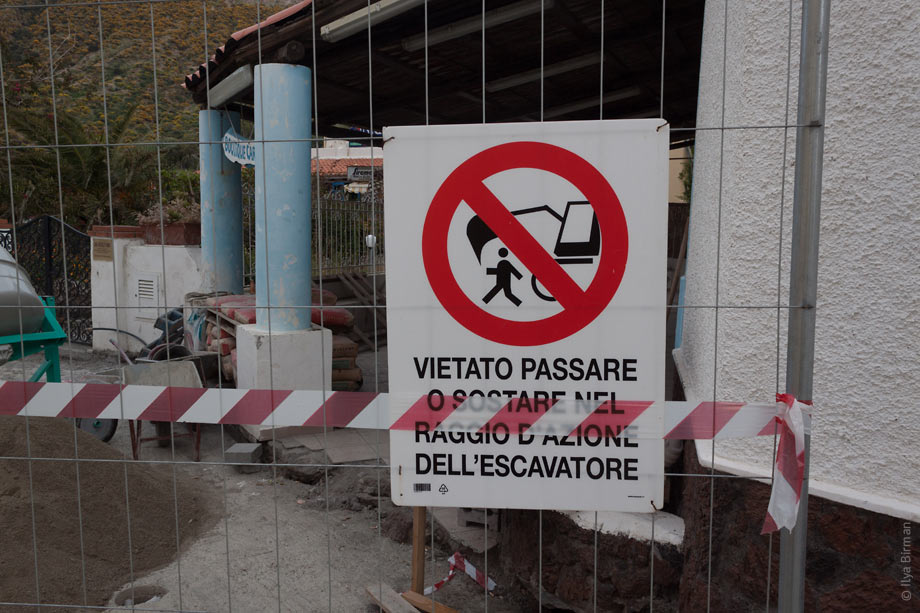 Locals ride motorollers to a supermarket: 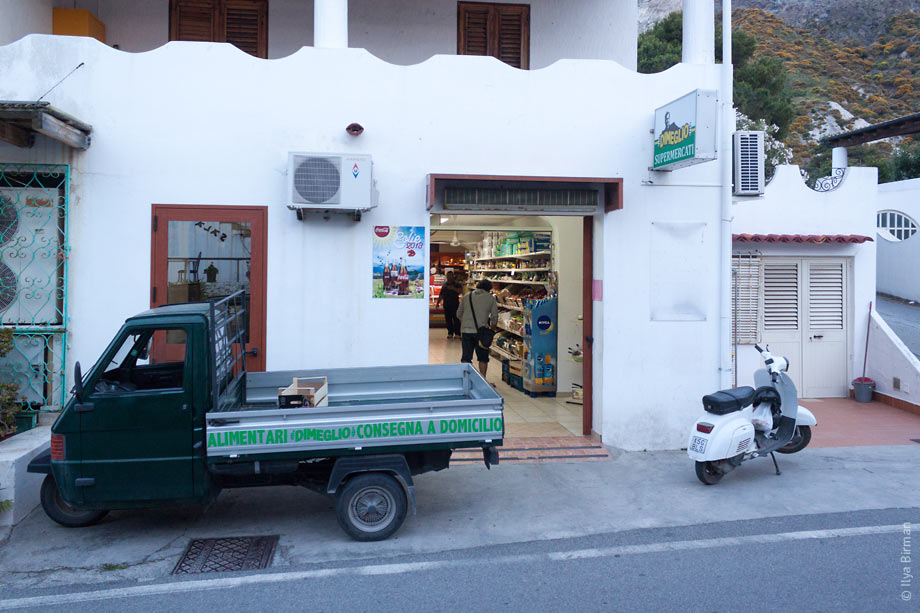 The central street connects the berth with a path to a crater: 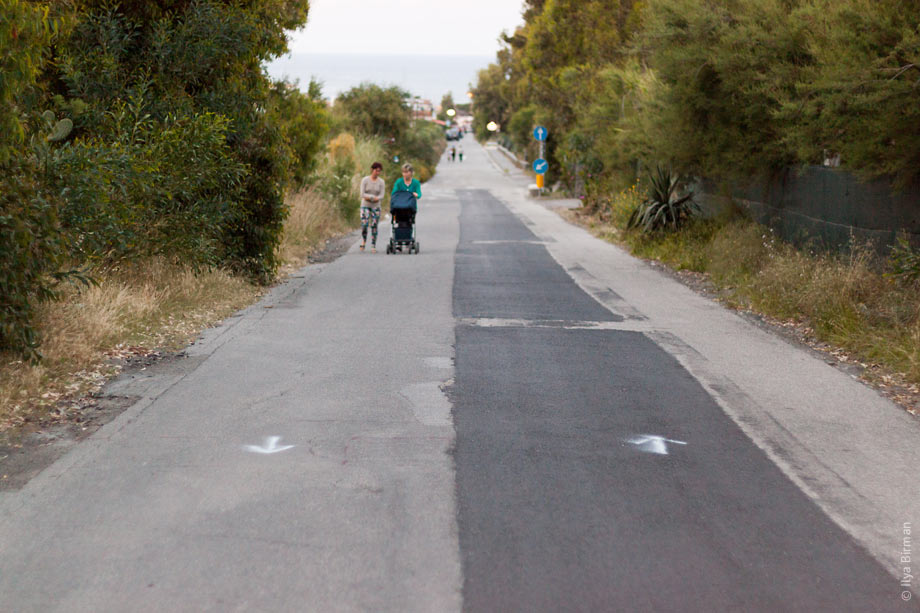 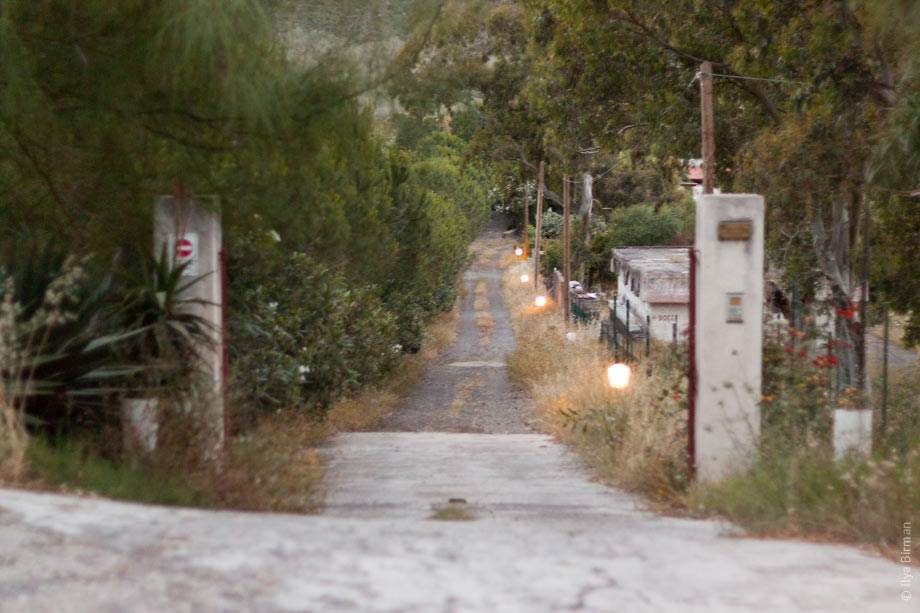 Here is the path: 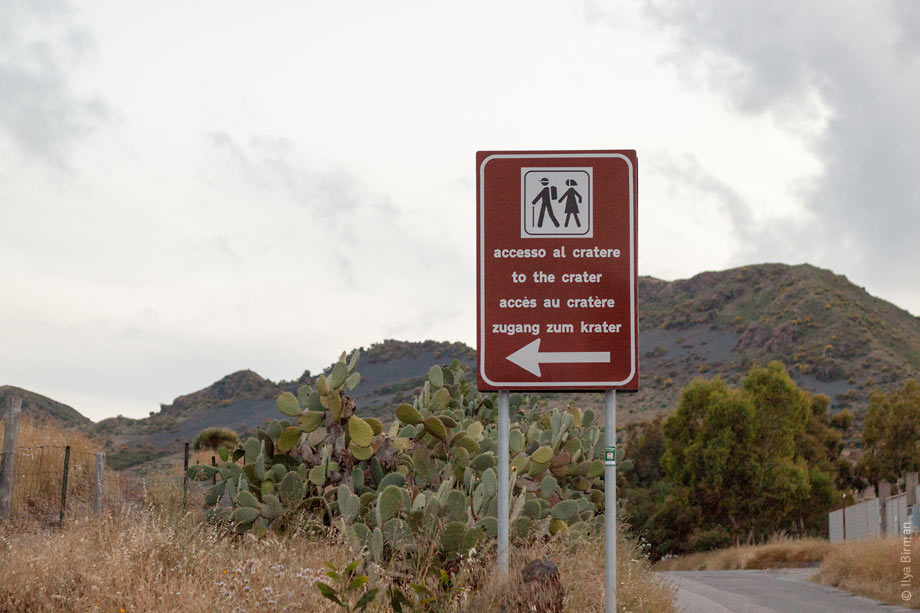 The view of the neighboring islands from the path: 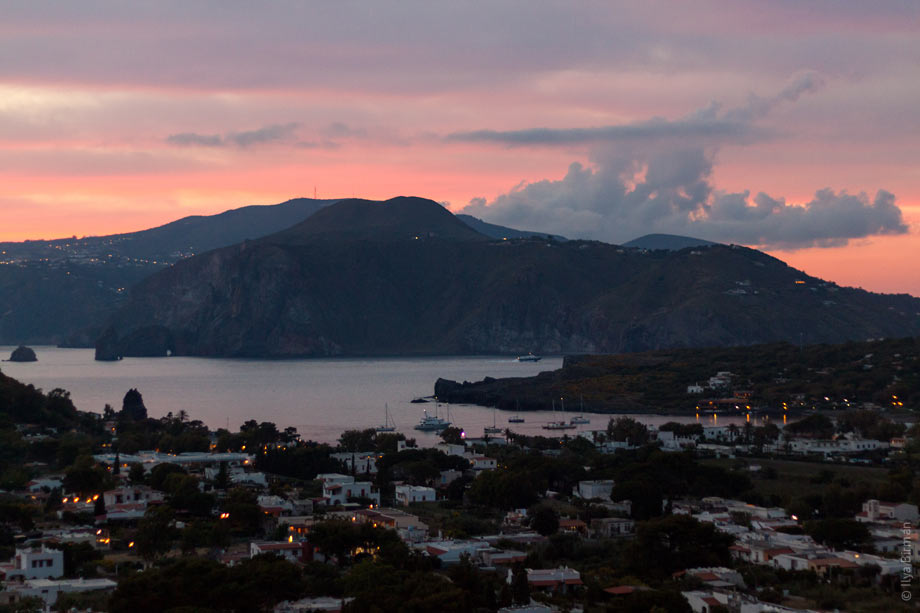 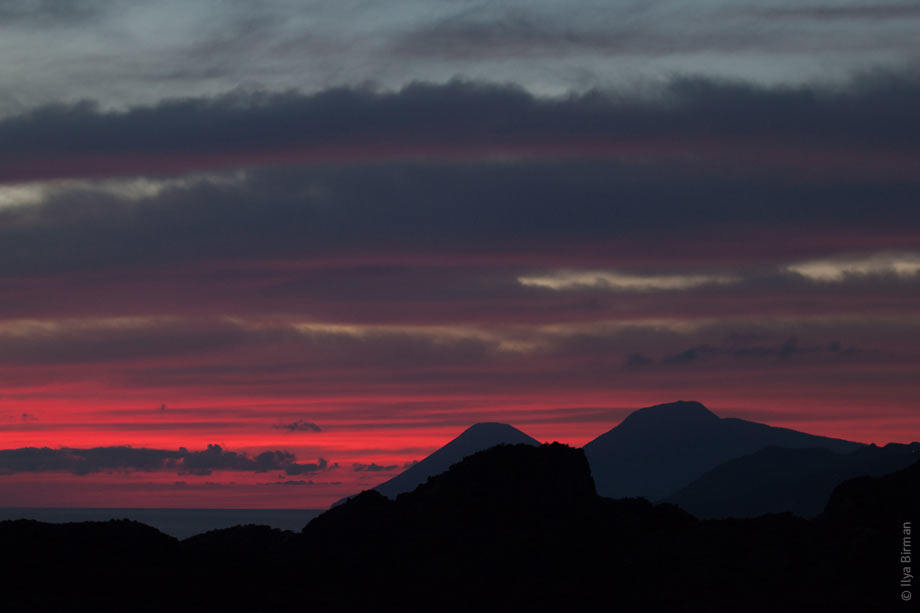 Interestingly, Vulcano initially was two islands, but during one of eruptions lawa has flooded the small sea area between, thus joining them.