Assignment: design a Minsk Metro map for other cities to be jealous of. 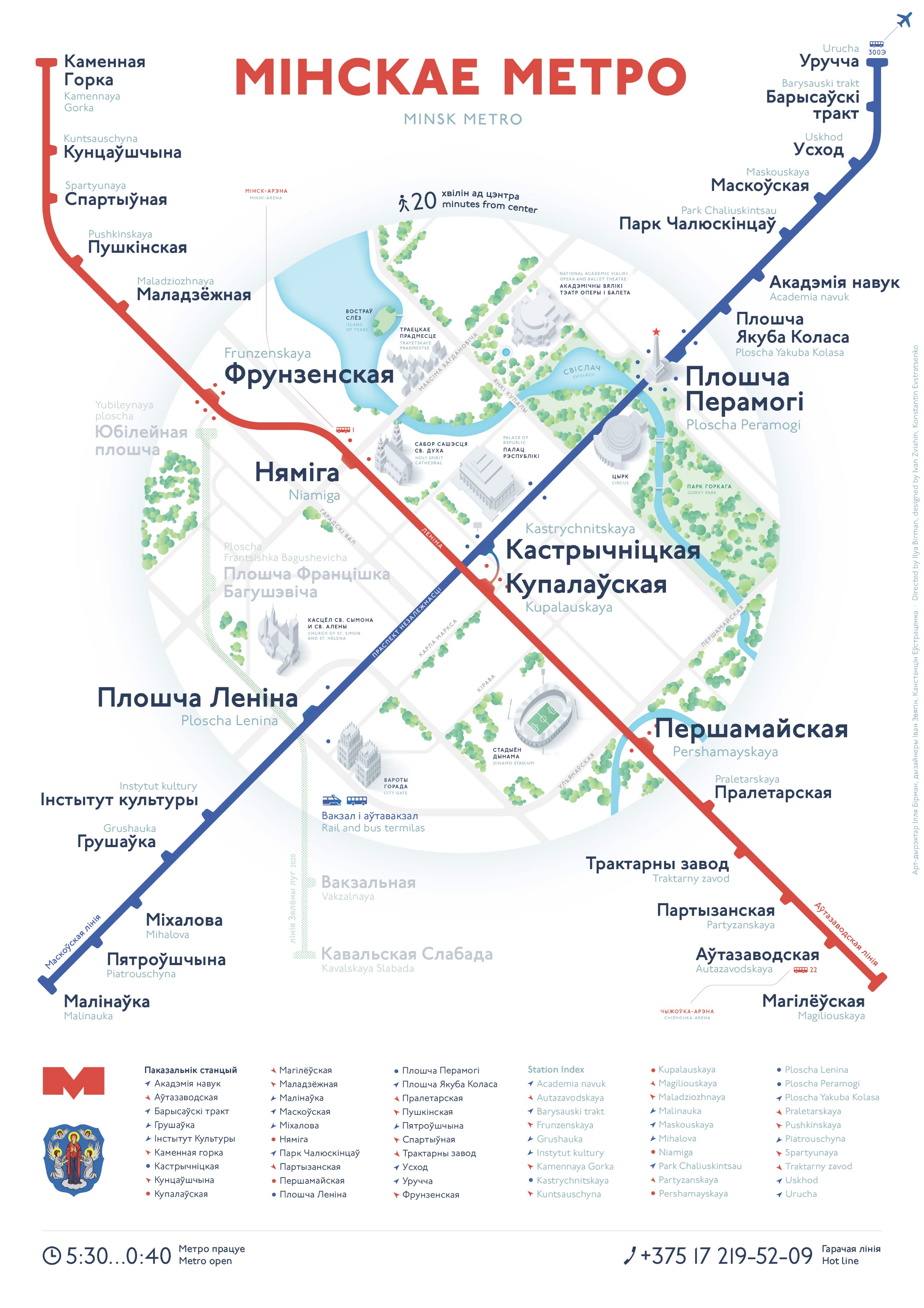 The main idea was to show the centre thoroughly and to simplify the rest. In the central part of the city, landmarks, parks, the river, streets and the location of the station exits are shown:

This makes the map evenly dense, attractive for tourists and useful for the locals. 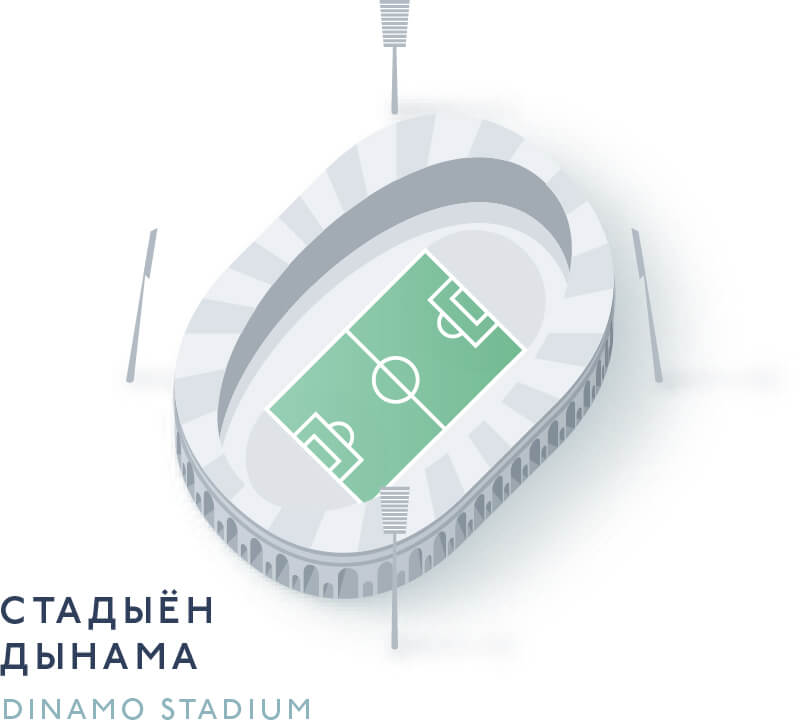 Trees and bridges are given special love: 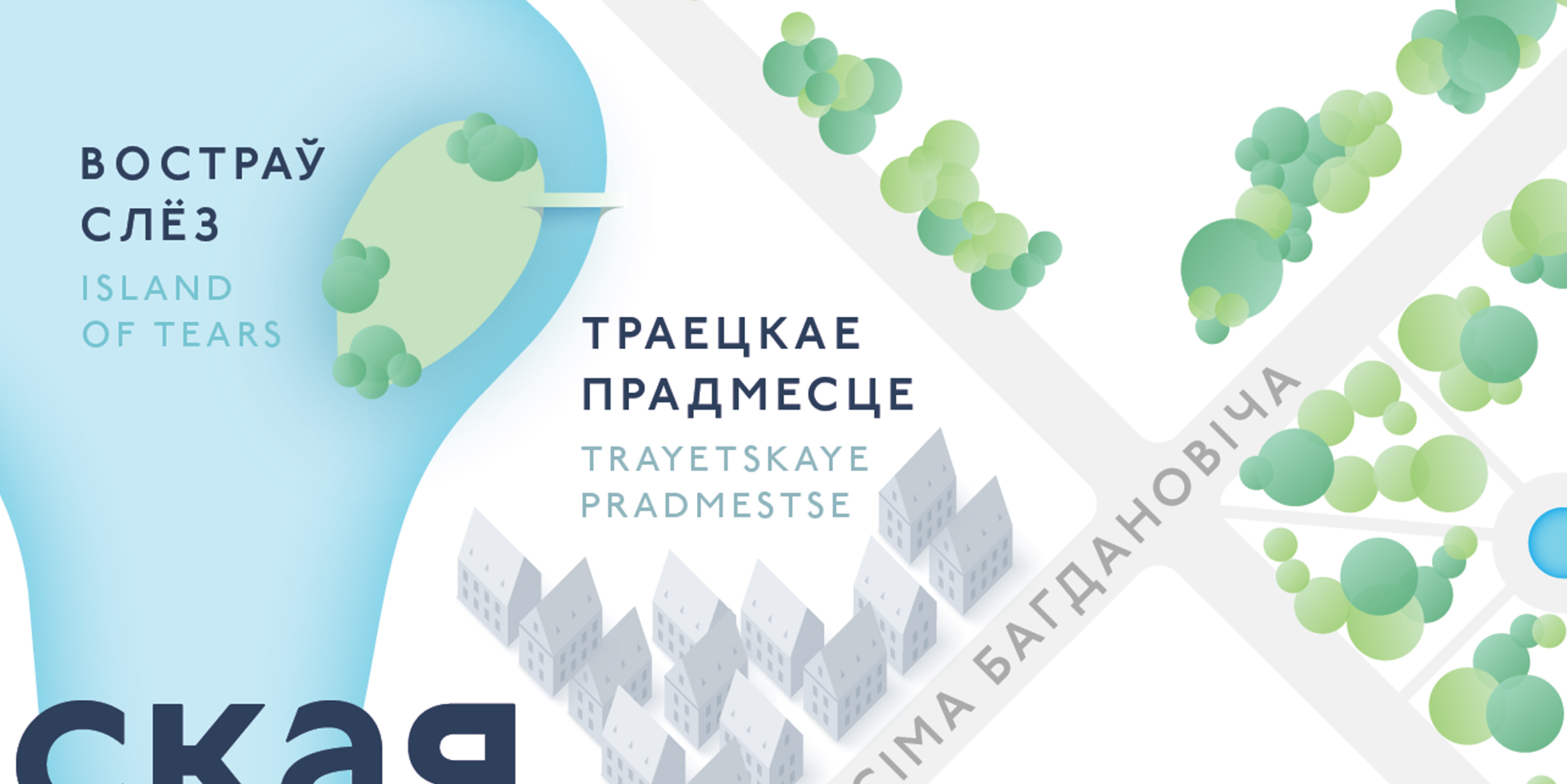 The buildings are highly detailed, but shown in calm colours to not obstruct the main information layer: 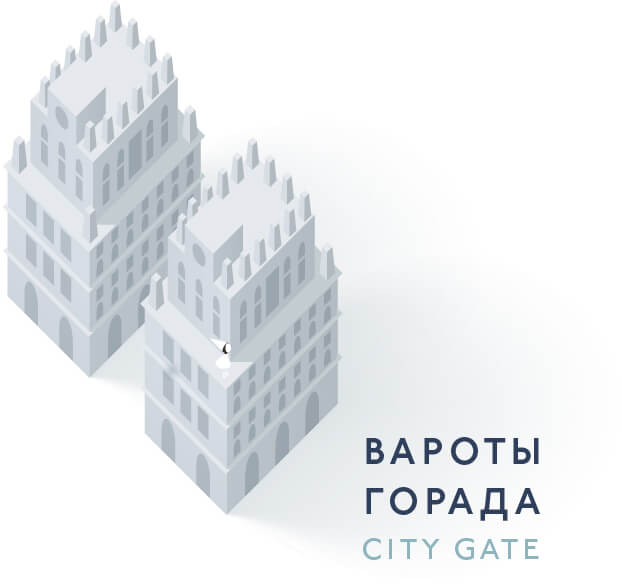 To keep the map clean from the coordinate grid and facilitate the station lookup, the station index is relying on “Compass” system, first used in my Moscow Metro map of 2013. To find a station, just look in the direction of an arrow:

Minsk hosts many mass events, so in addition to the airport bus, the buses to the main sport arenas are shown: 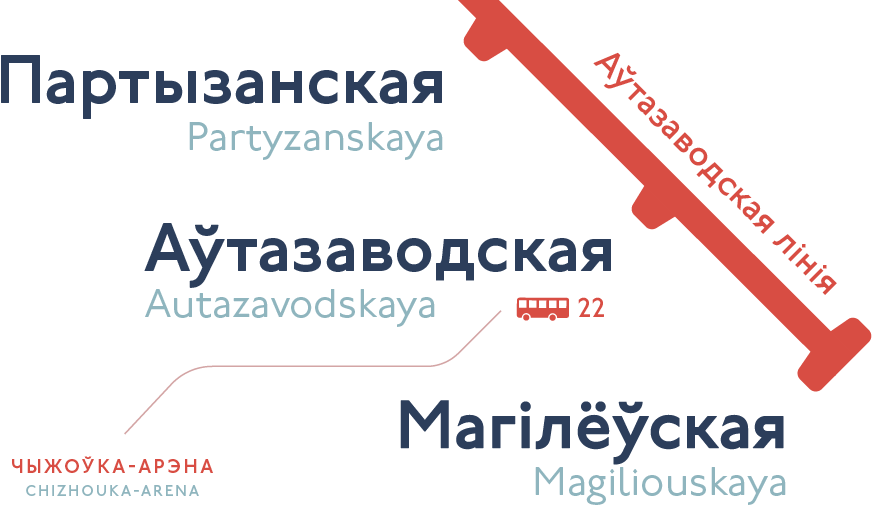 The legend is nowhere to be found on the map: all non-obvious elements are labeled in-place. The label of the green line that is under construction, which is denoted by a neat dot pattern, also includes the planned year of completion: 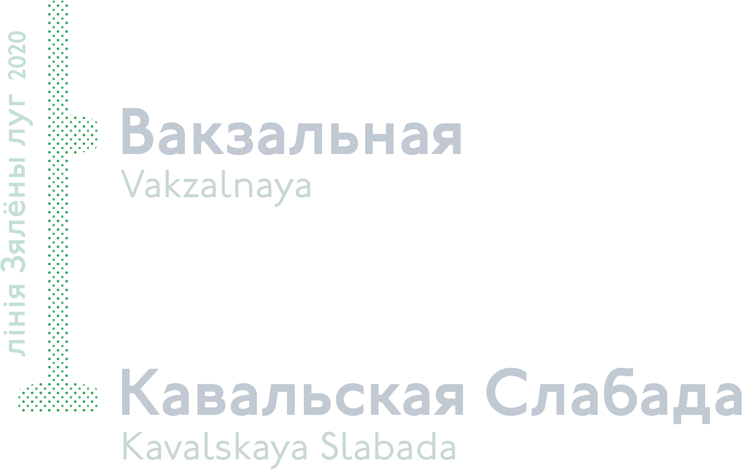 For the benefit of foreign tourists, station names and main labels are dubbed in latin script.

The map will look great both in train carriages and in booklets.