Leningradsky bridge has opened after a reconstruction, and the routes 6, 15, and 18 returned to Pobedy avenue: 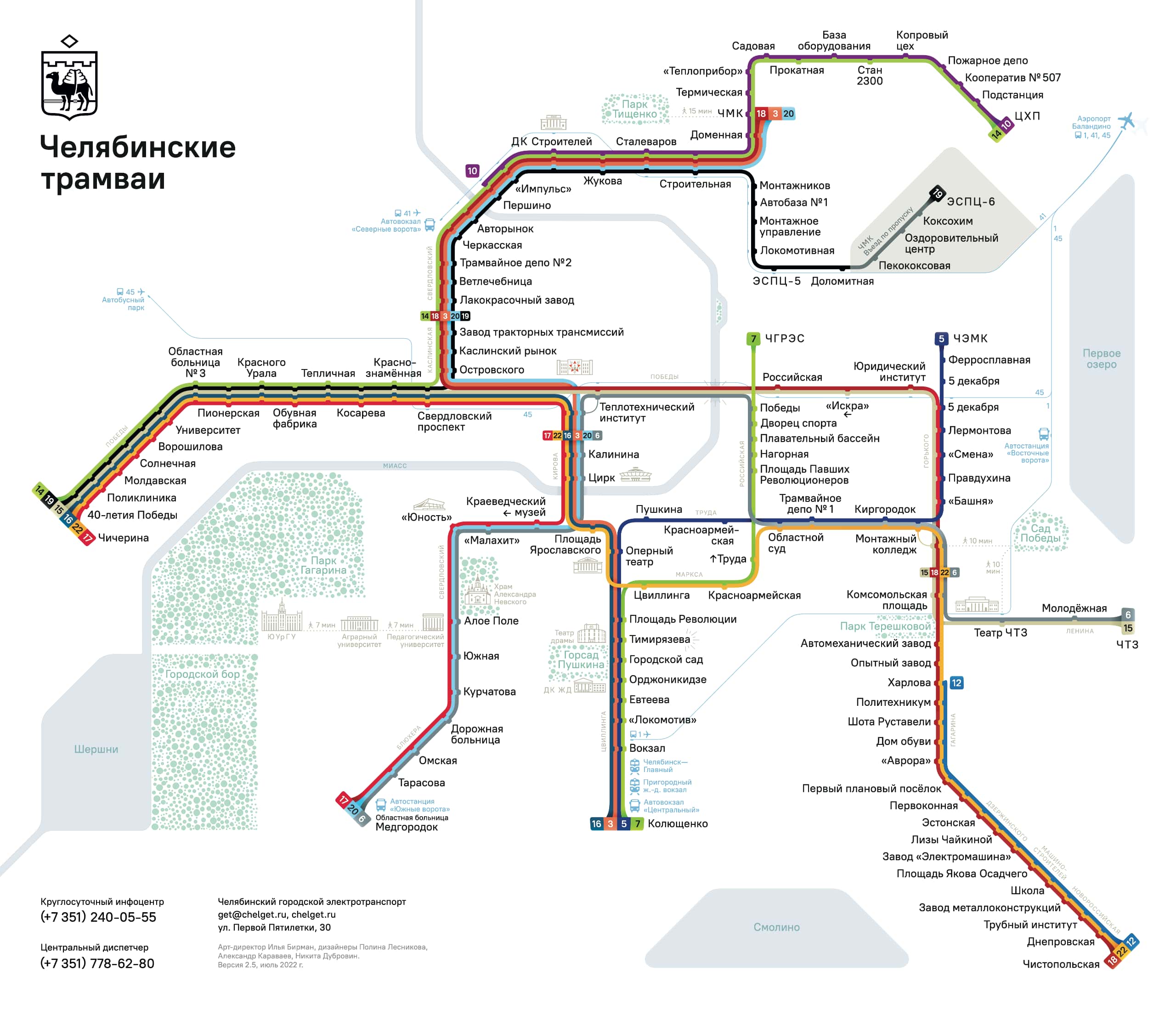 The new route 12 was added, the old route 8 was removed, a new stop was added, bus terminals renamed.

In addiction, the map transitioned to the standard carthography pallette and font of Chelyabinsk transport, the one that’s used in posters, stickers, and schedules: 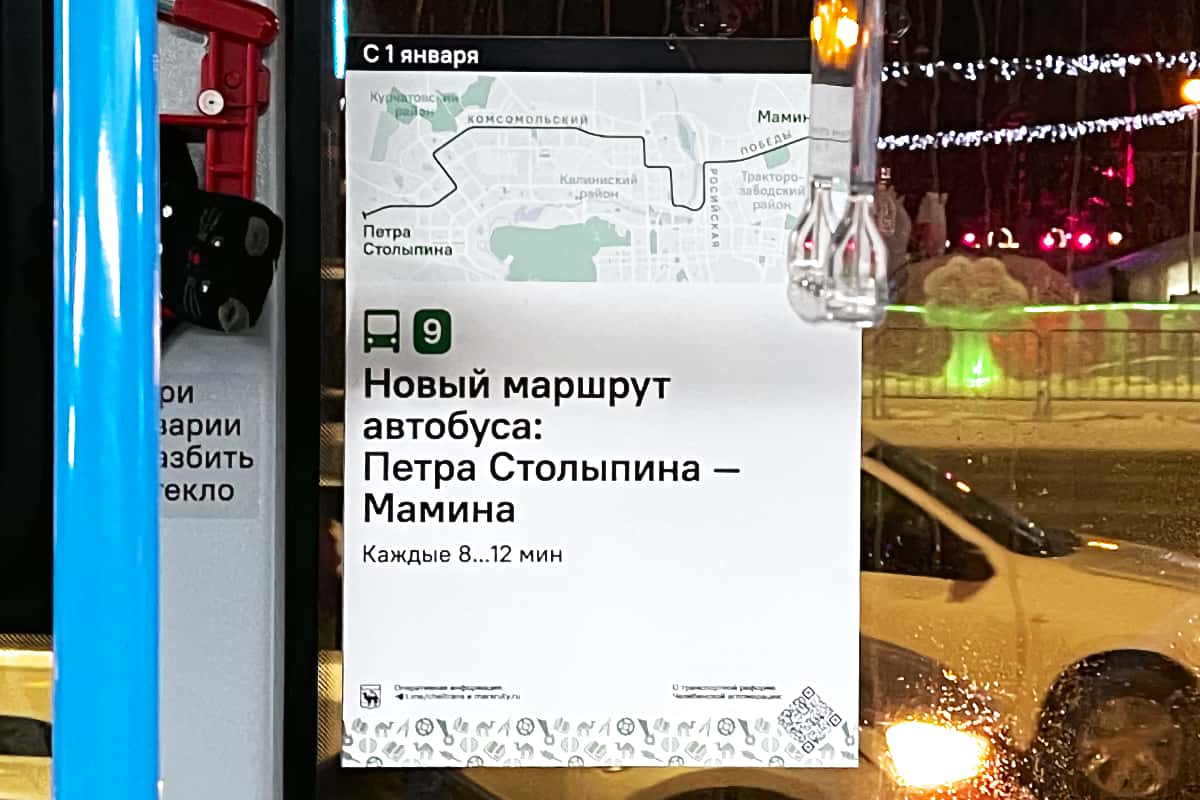 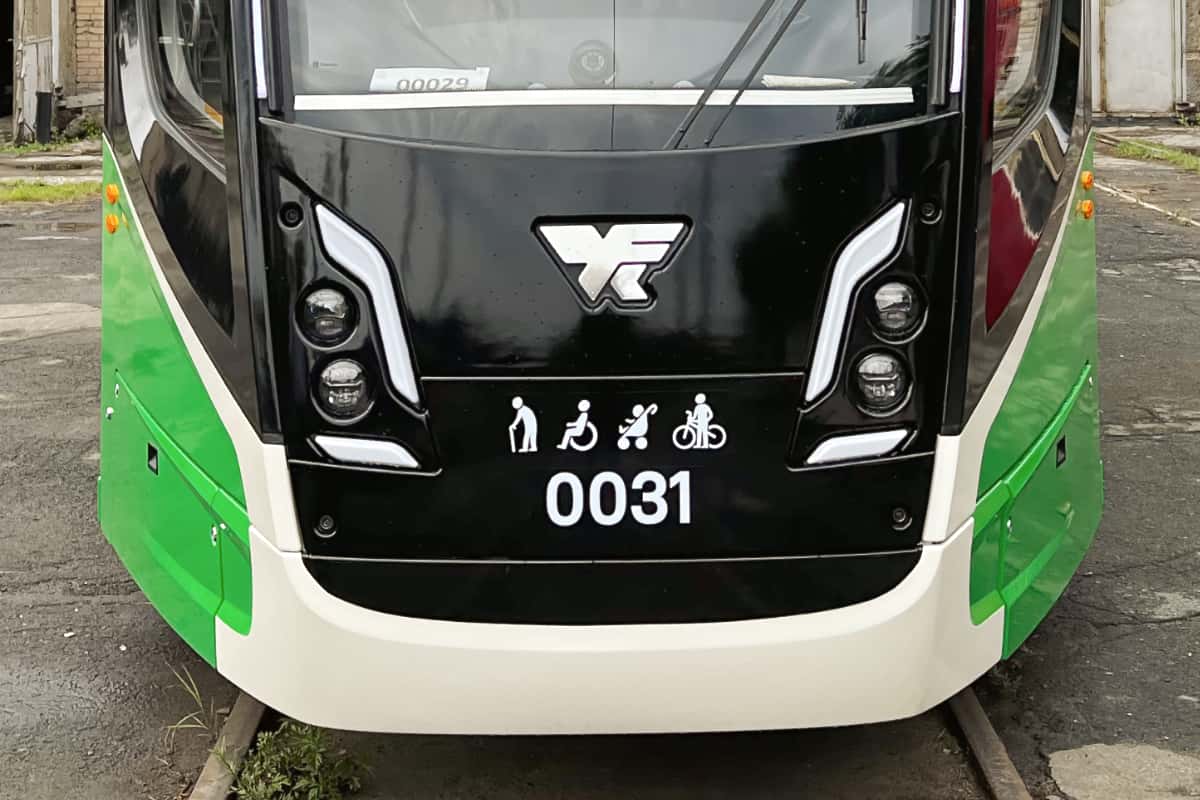 The map is being placed in trams and on the stops: 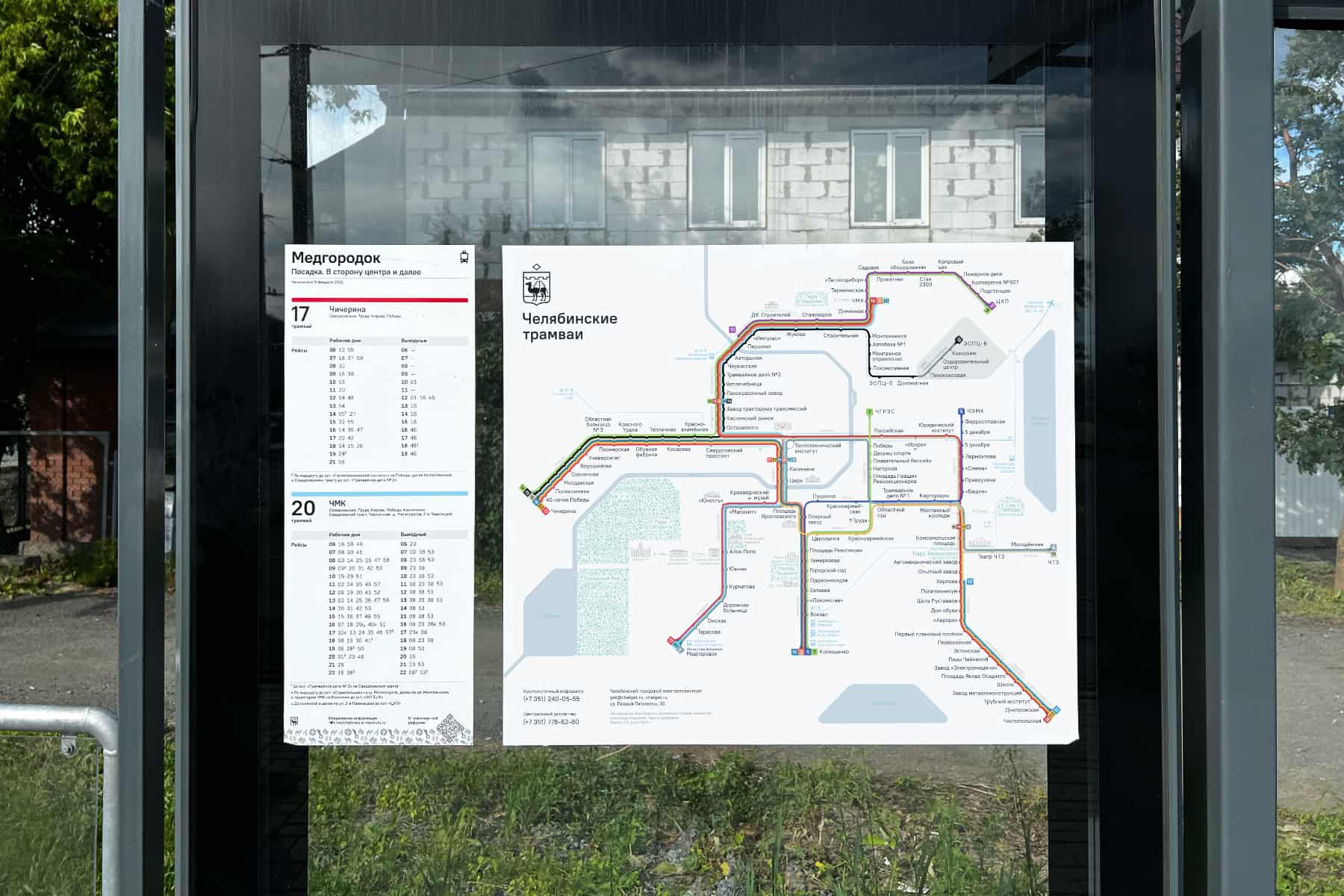