It has always bugged me that every year people produce and sell wall calendars for the next year. It is hard not to notice that there are only seven different months. Even one full-year calendar already has duplicate months. When something bugs a designer, designer makes a project.

Intoducing Forebruary, an endless wall calendar. The movable frame above the surface contains the month needed. Here is August 2013: 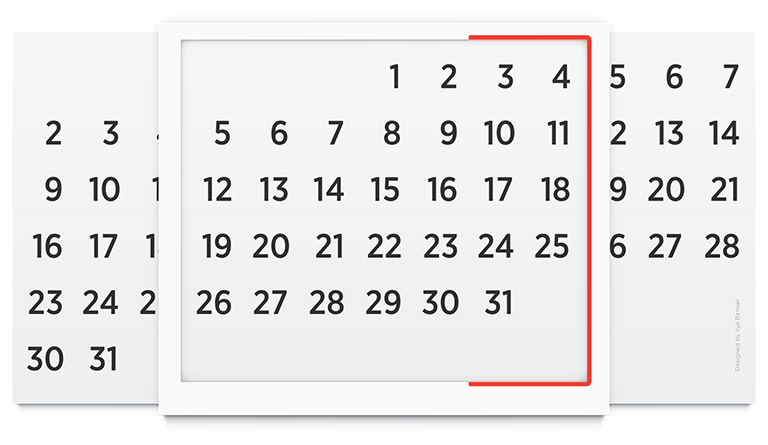 The red stripe denotes the weekend. For the United States, where week starts on Sunday (but Sunday is anyway considered a part of weekend), alternative frames can be produced.

Instead of paper, nice materials are used to produce Forebruary. That’s because it is not a throwaway thing. It is designed to look good next to a clock.

Follow this blog
Tweet
Share
Share
Pin
128   2013   design   projects
Next
The principle of one link
Web services send notification emails. The links in such emails serve a sole purpose of bringing users back to the services’ websites...
302   2013