In 2010, we took a two-thousand-kilometer trip over Europe, having visited Germany, Switzerland, Italy, France and Monaco. 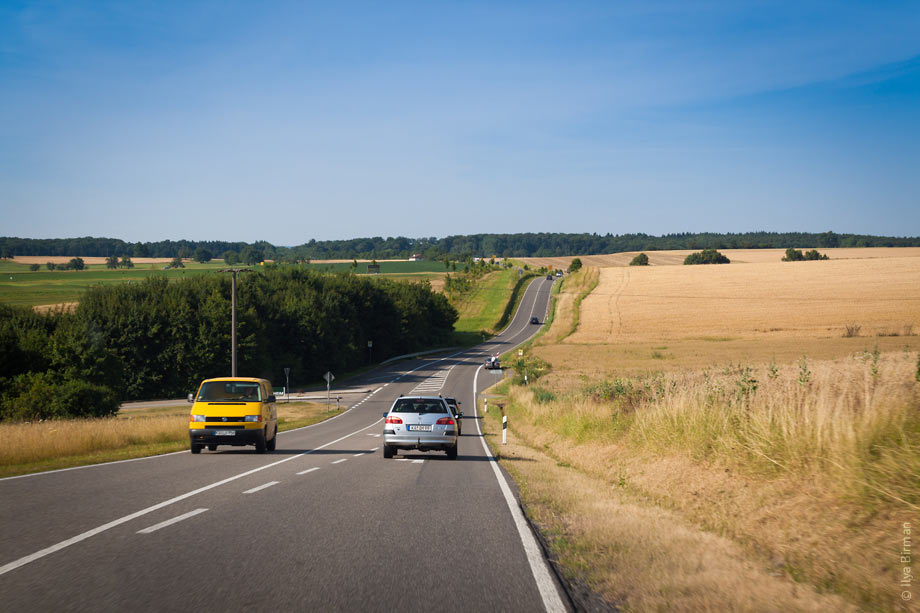 German road signs are the most beautiful in the world: 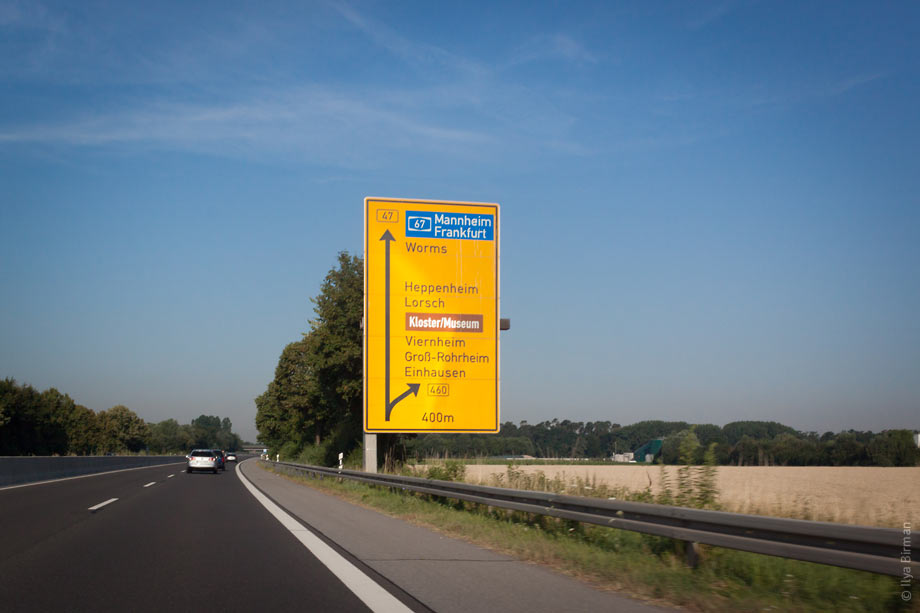 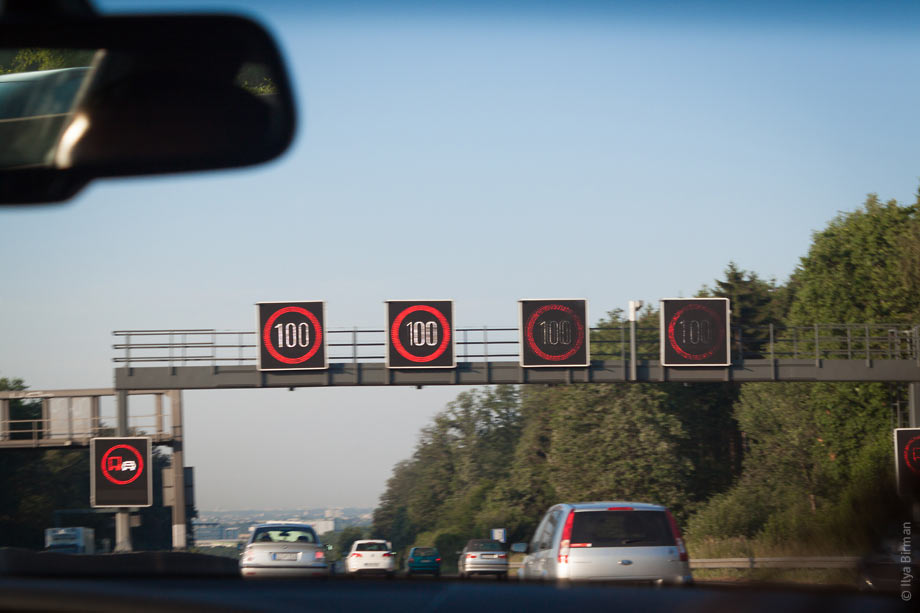 If there is high traffic ahead, the speed limit will be lowered temporarily (100 km/h on the photo above). The system tries to distribute the vehicles evenly over the length of the autobahn to minimize congestion.
The best thing about the speed limits on the German autobahns: the sign “end of all limits” actually means end of all limits. You can drive at 220 km/h (137 mph) and get some Porsche guy behind at 250 km/h unhappy with your occupying the left lane.

If a sign is not in effect, a special cross is mounted onto it: 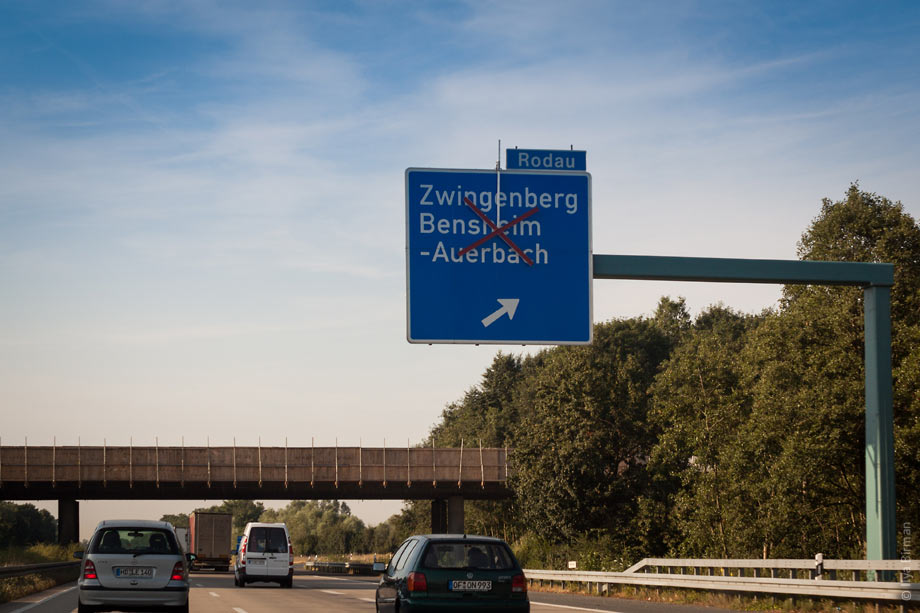 Some signs are mutable: they contain replaceable elements. If a sign is a non-regular state, the yellow lights blink next to it:

Switzerland in not part of the European Union, but is part of Schengen Area. It is a lovely country with surprisingly bad road information design. Contrary to the German road signs, Swiss ones are the ugliest, with unproportionally fat red rings: 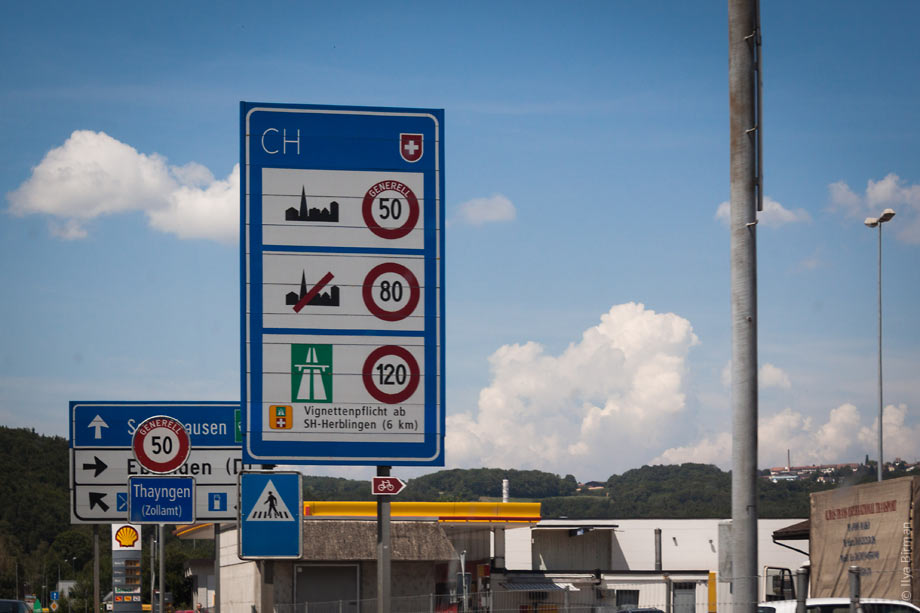 The fun ends here: the speed limit is 120 km/h. By the way, the abbreviation CH (also in Swiss TLD) stands for Confæderatia Helvetica, Swiss Confederation.

The direction signs are clumsy, the text is vertically and horizontally aligned for no reason: 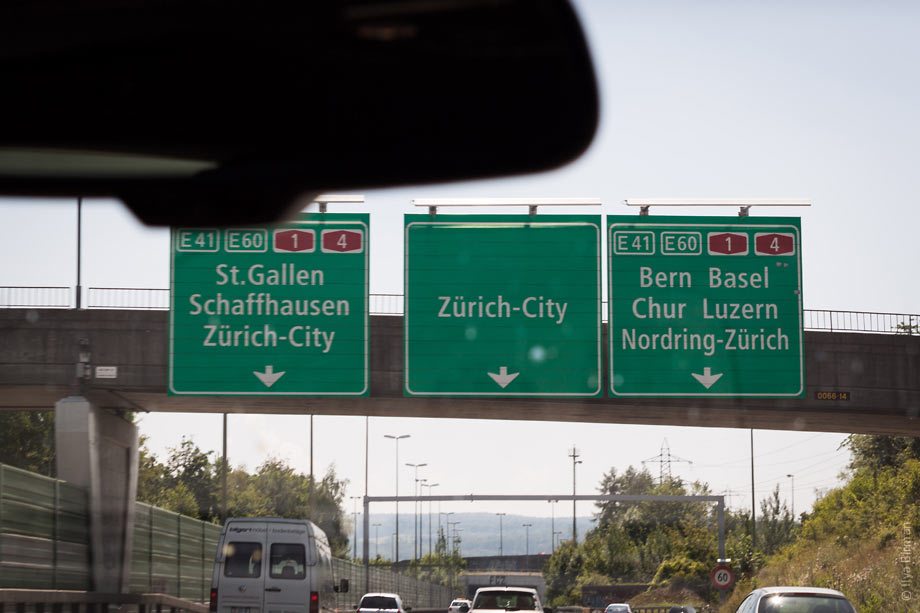 “End of all limits” (not really, now) with a solid line: 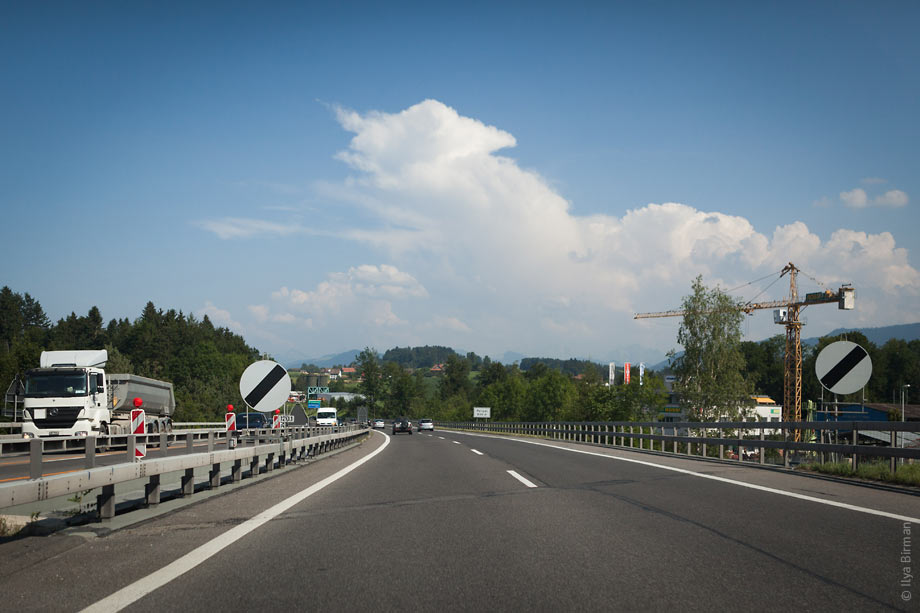 The first stop was Zurich (follow the link for the story). 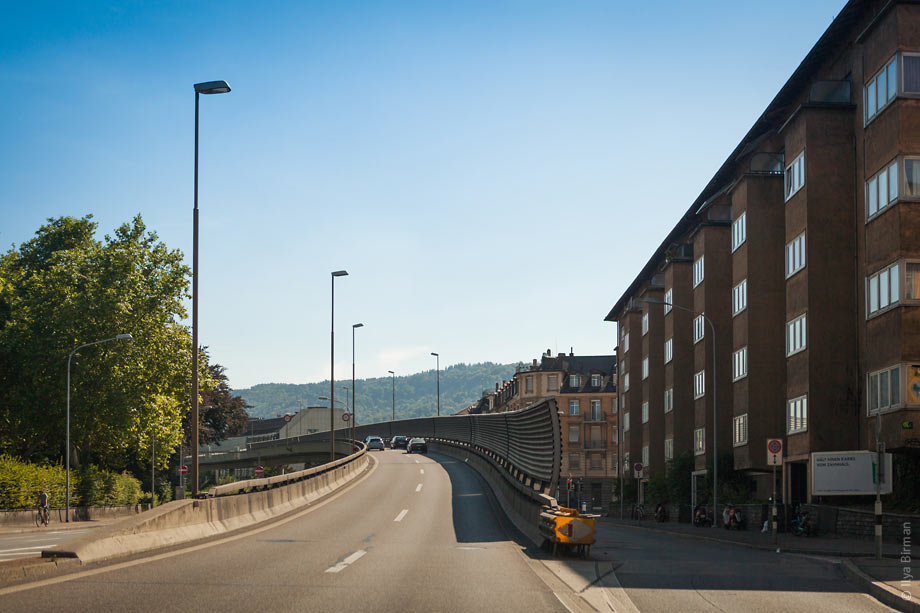 After having spent two hours at almost 40 °C (104 °F) heat in a city, it was necessary to find a lake and take a bathe. We stopped to ask a local man which one was good for bathing.

A random view of Switzerland: 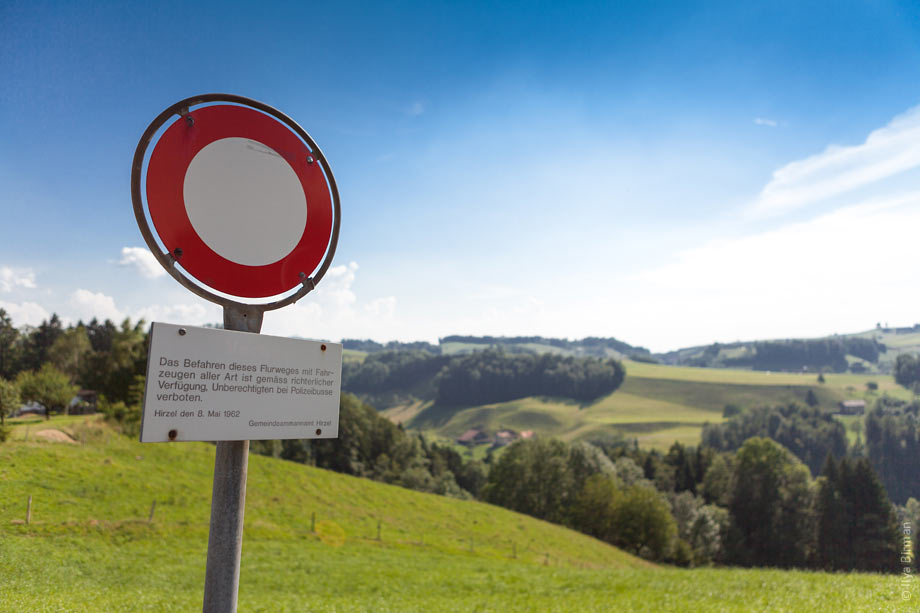 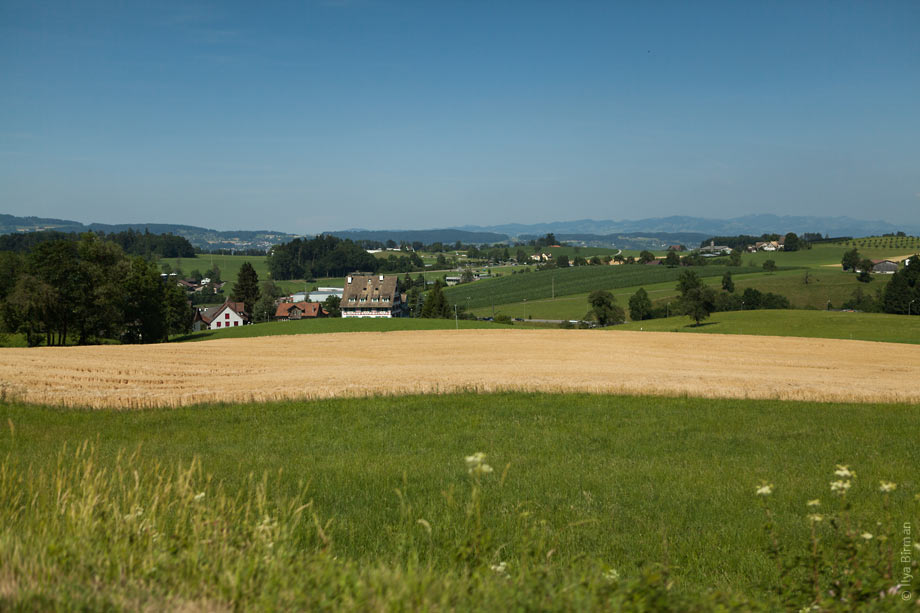 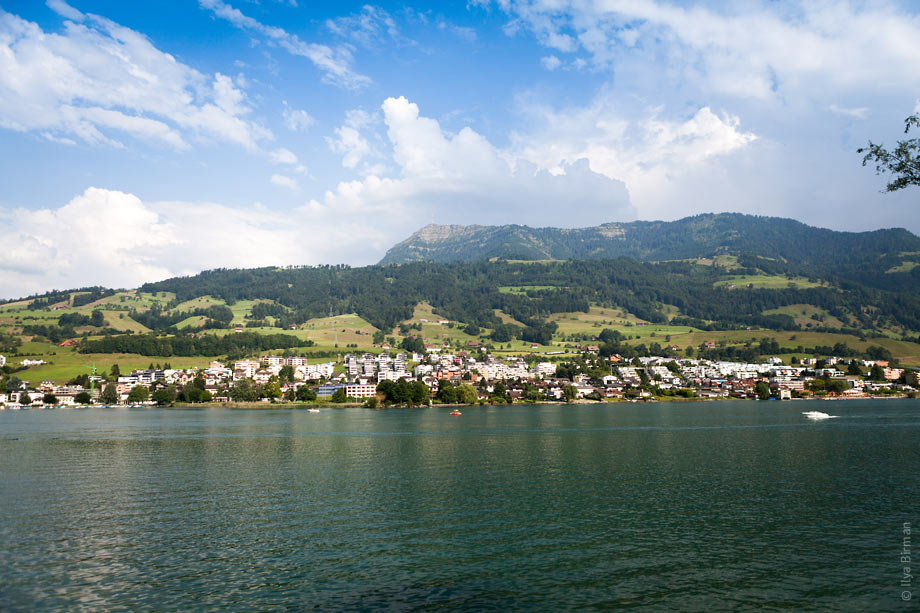 A two-lane road surrounds the lake. A car passes once every five minutes. There still is a subway to get from the parking lane to the lake. In the subway, there is a toilet which looks like this: 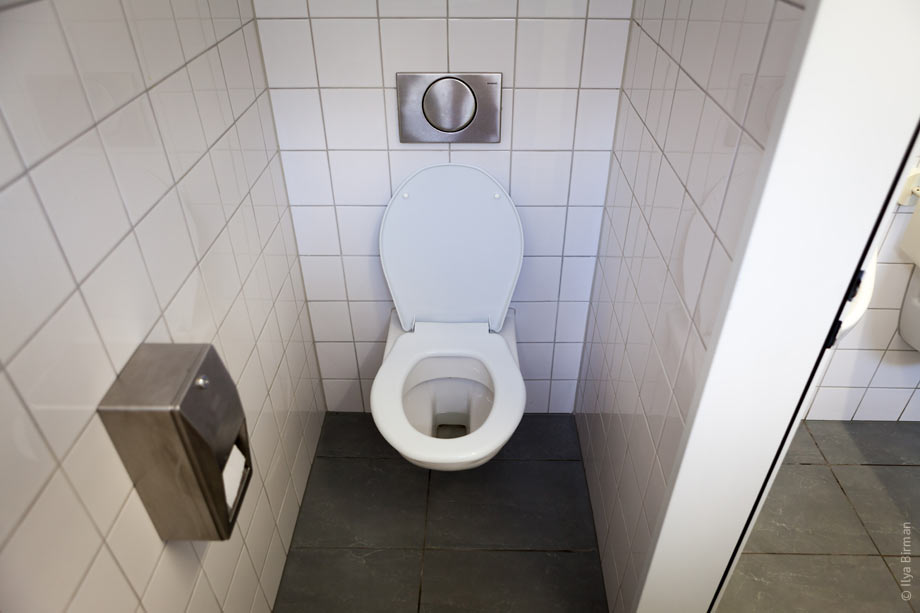 Yep, a free public toilet in a subway in a Swiss village.

The closer to the Alps, the more tunnels: 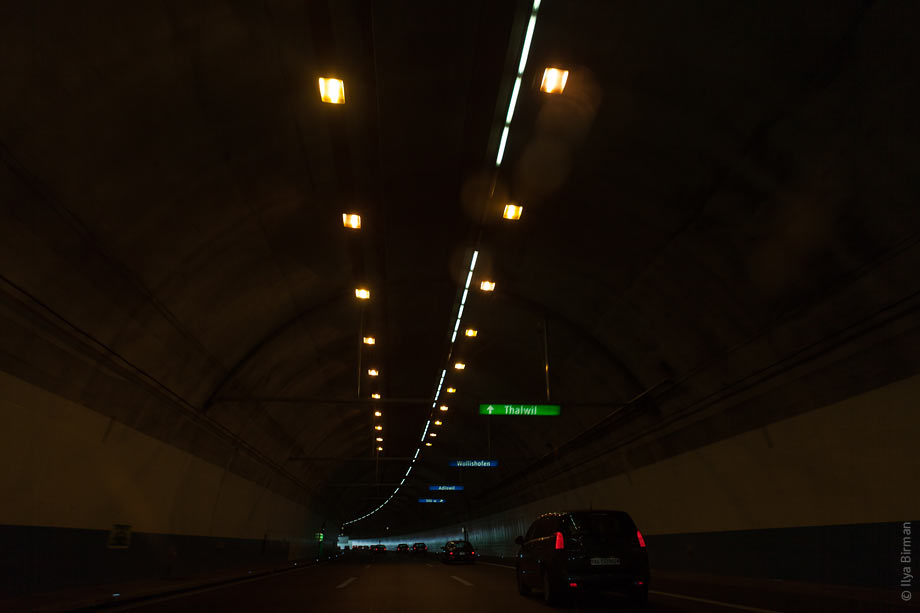 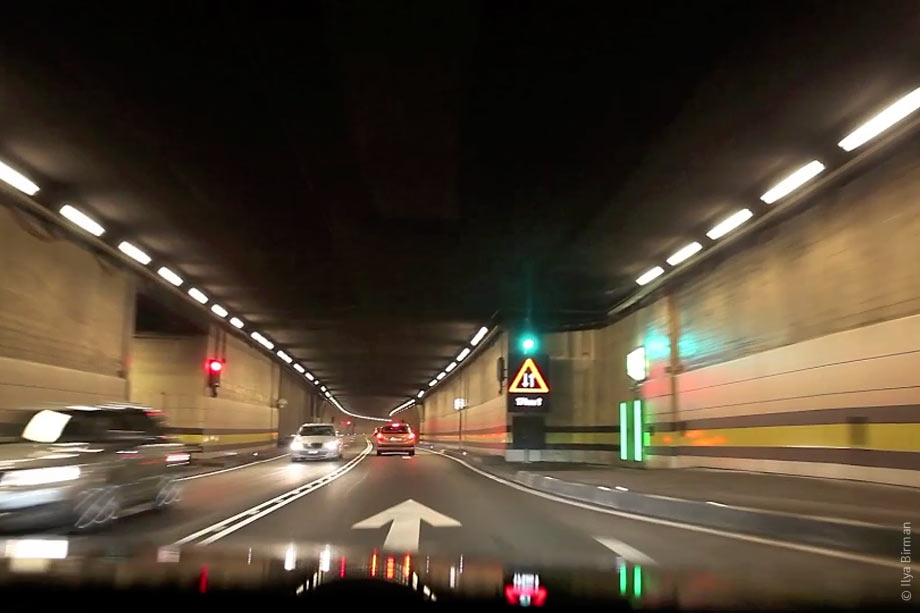 The next stop was Milan.

Italian road signage is weird: they use ten times as many signs as needed. When there is more than one road you can take to get somewhere, the signs will direct you to all of them.

How do I get to Genova? A typical Italian sign: 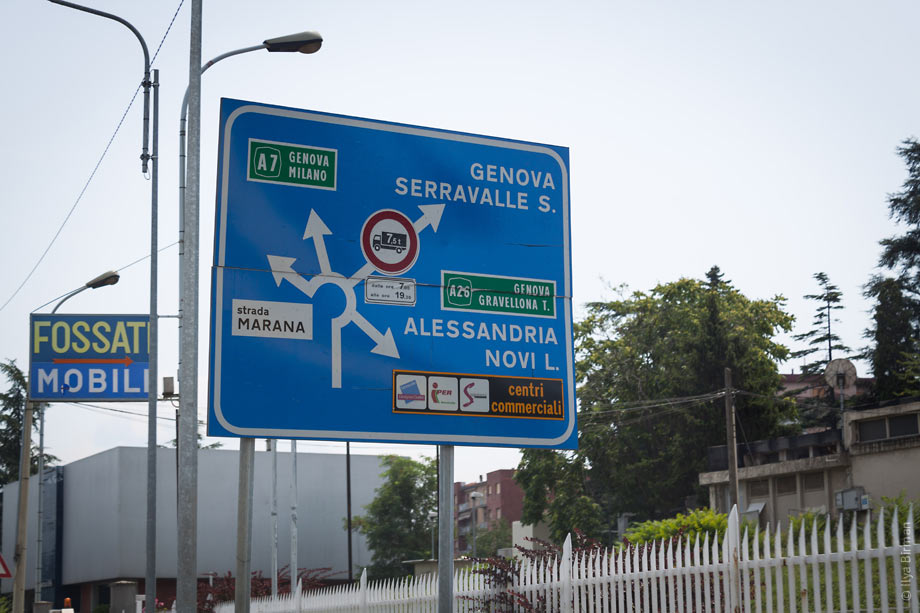 The autostradas are absolutely straight and thus very fatiguing: 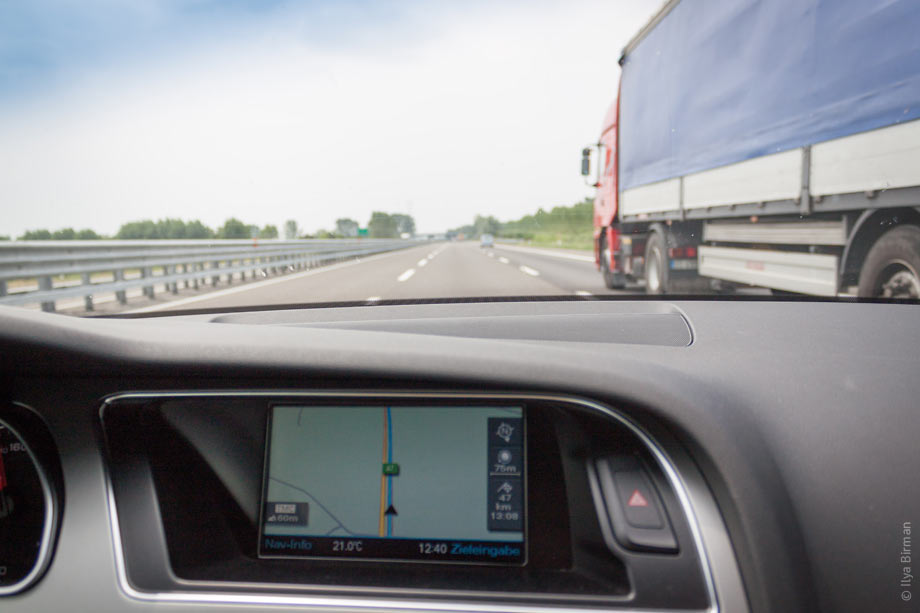 The lane destinations are marked right on the road. If a long name does not fit, it can occupy a part of a neighboring lane, no big deal: 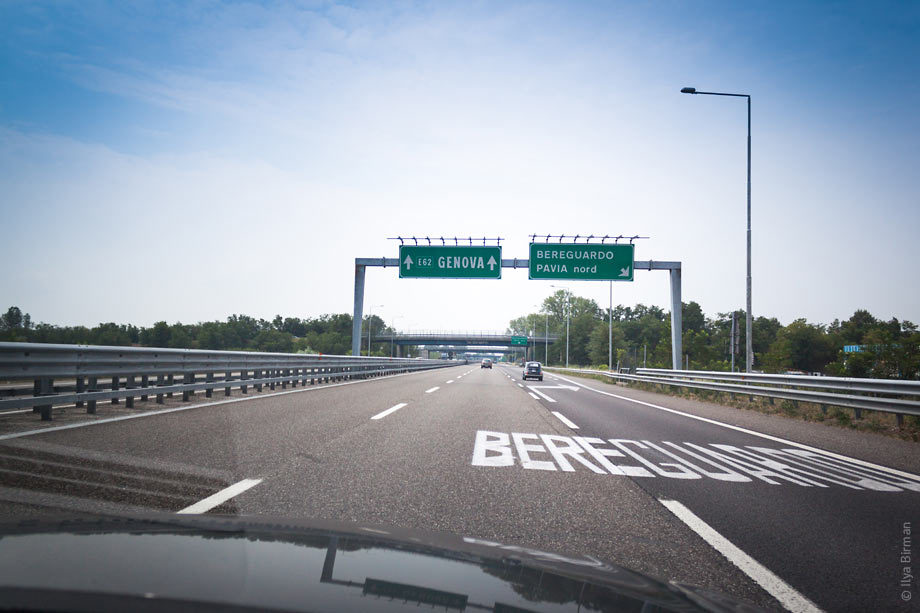 The next three days were spent in Nice, Cannes and Monte Carlo. 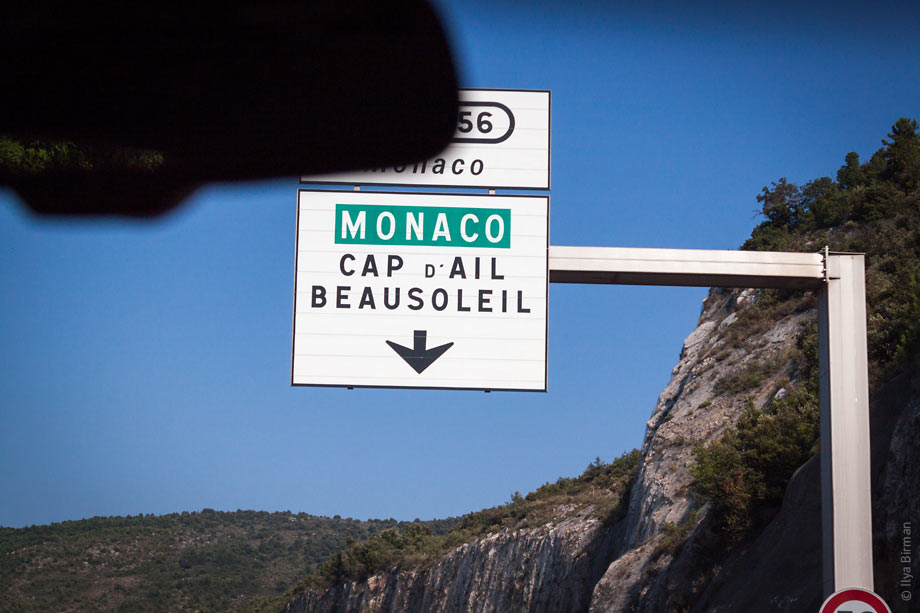 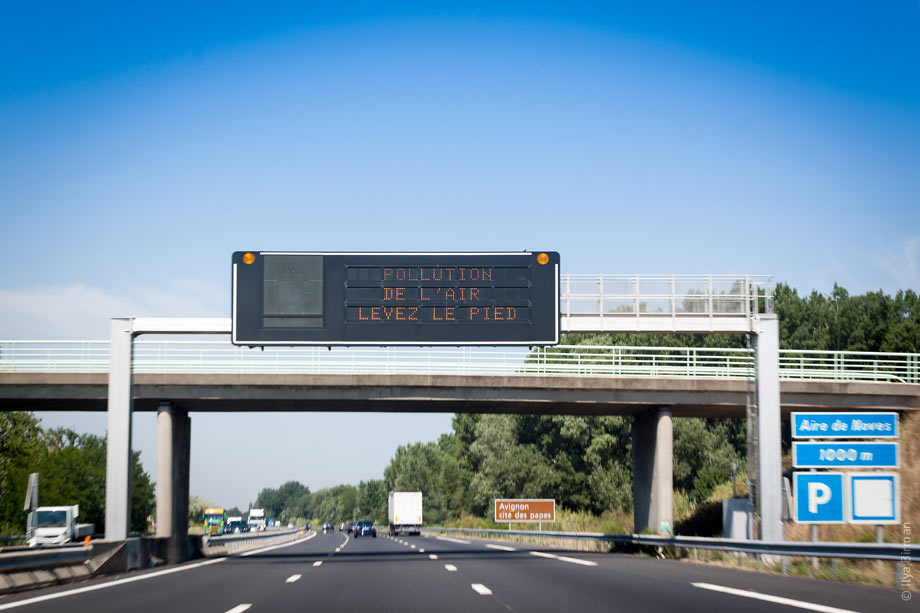 Distance to key destinations in minutes with current traffic: 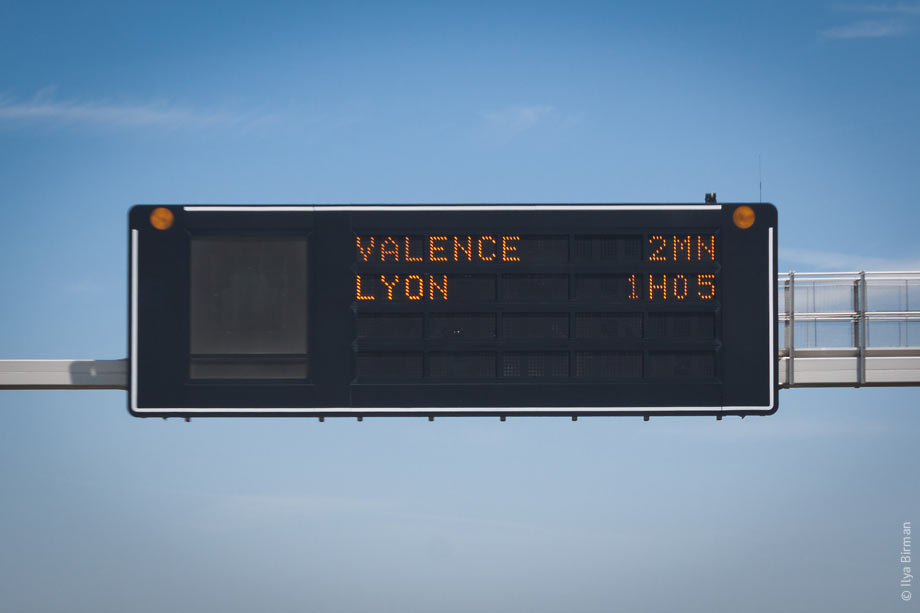 A hitch-hiker wants to go to Grenoble: 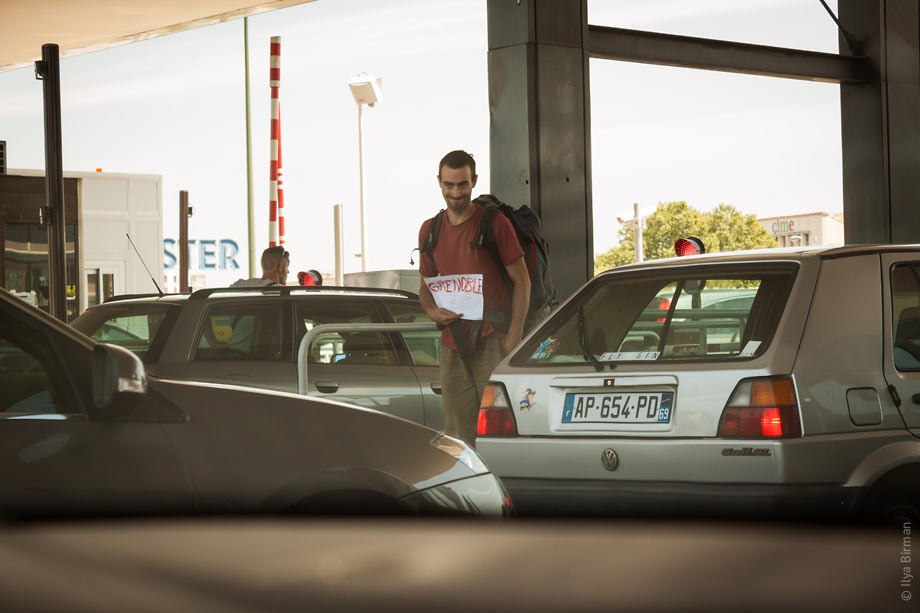 Road payment terminals are magic: you throw a handful of coins and the machine instantly sifts them to pour out the change below: 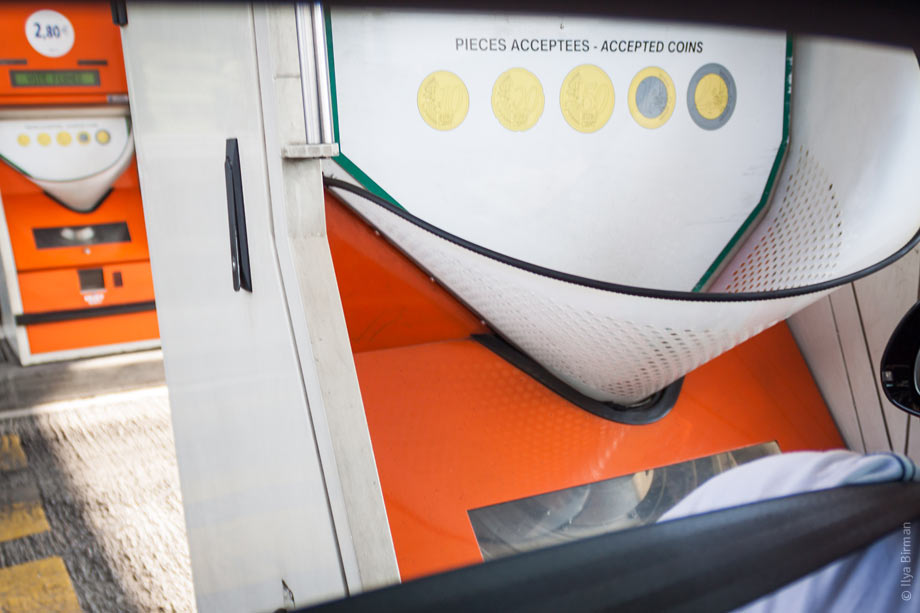 A point of freshness sprays the water around itself: 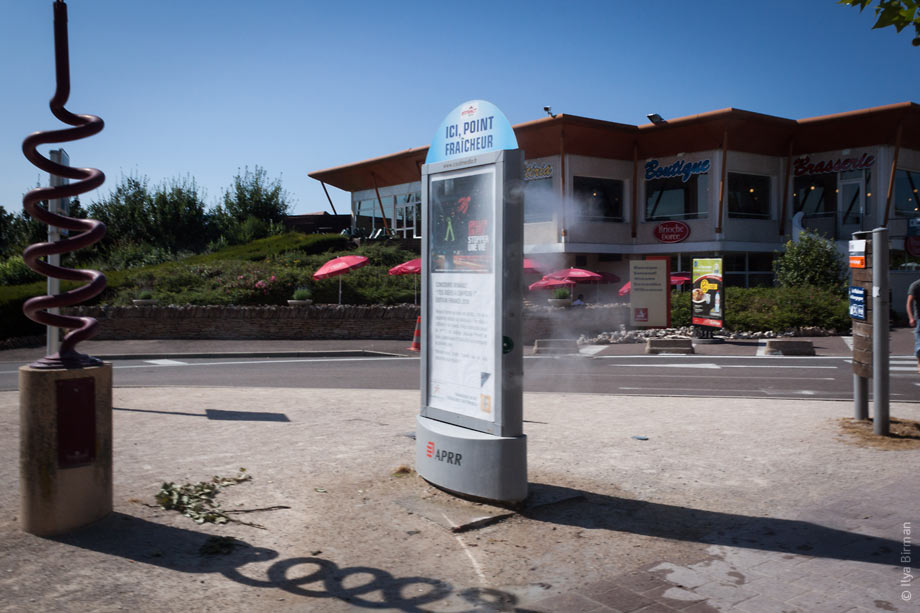 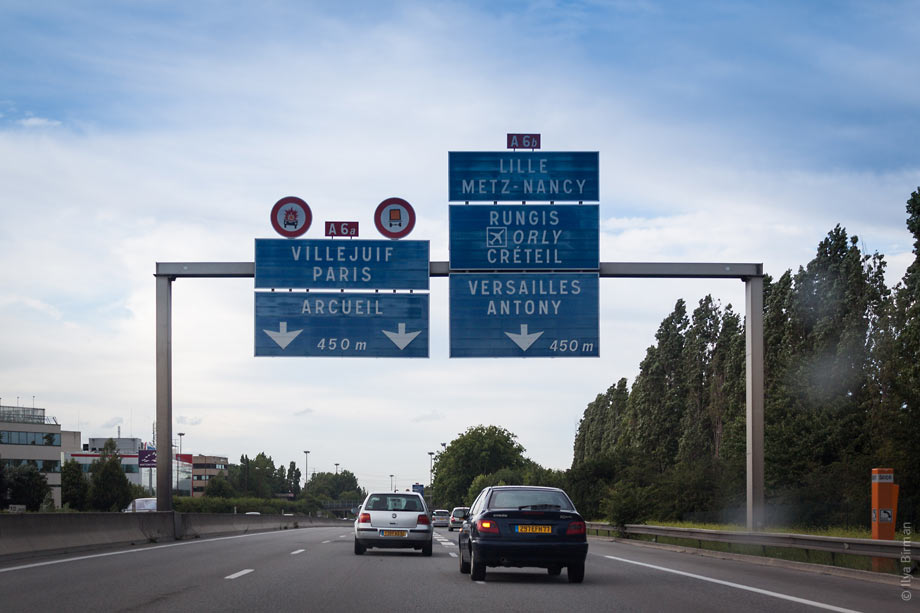 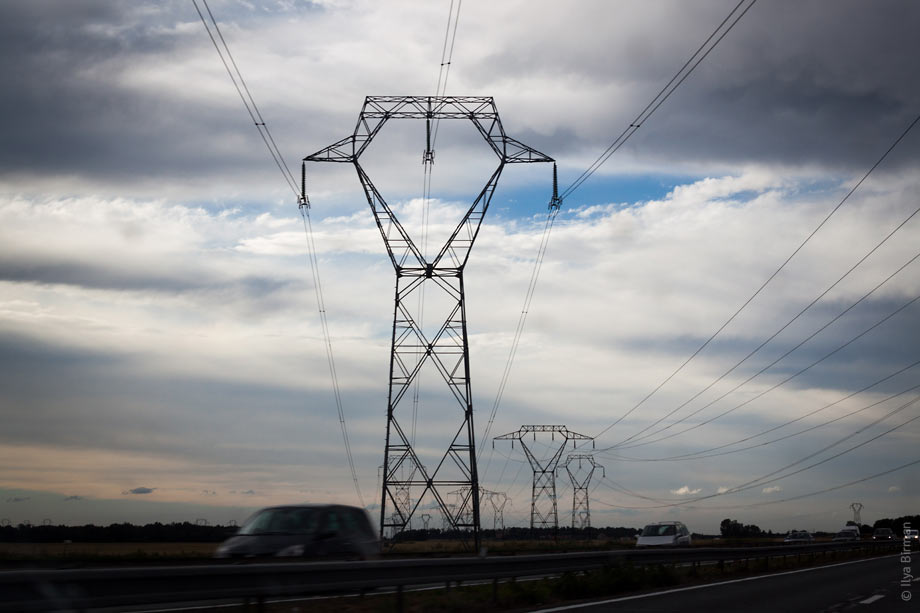 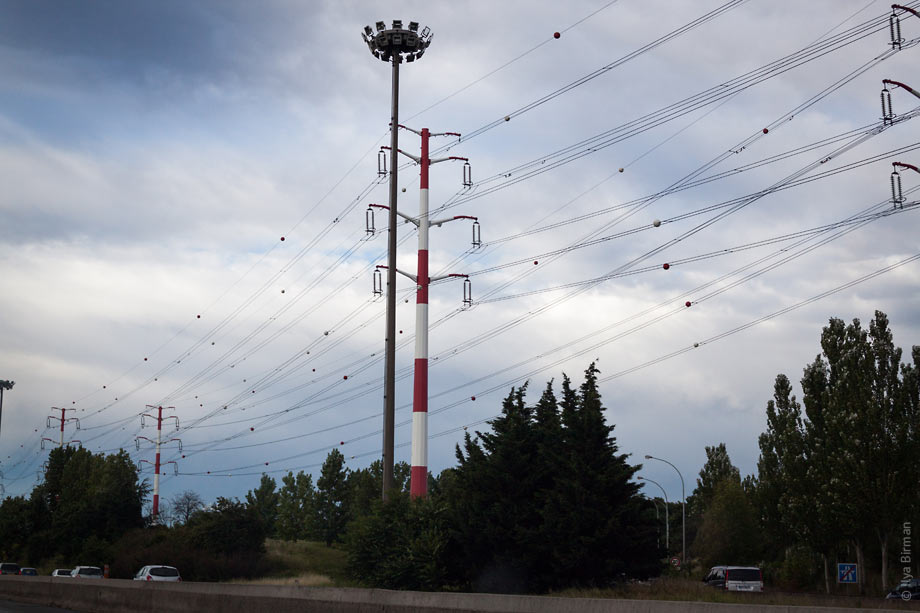 The last stop was Paris.