The dark secret of yellow

The dark secret of yellow is that there’s no such thing as “dark yellow”. Many designers have technical background, and so they fail to acknowledge this fact.

Let’s say we need to create a series of color buttons for some UI. I’ve started with a green one and then quickly made a blue one. Here are the buttons and the way they are constructed:

As you can see a blue button is just a green button with a blue Hue layer on top. And the Magenta button also has an adjustment Curves layer, because otherwise it looks too dark. The bottom two layers are all identical. The base one is a green fill layer with a gradient overlay for button not to look flat and a gradient stroke for sharp edges:

So you can make a button of any color by just adding a Hue and an optional Curves layer, and it will look OK.

If we use this method to create a yellow button, it will look like shit (literally, sometimes). Let’s be honest, It’s not yellow, right? And no Curves will make it look good.

Here’s another take on the yellow one:

Now this is yellow. The button was re-made from scratch. The base layer is changed to yellow, but the main change is the  change in the gradient overlay:

It’s not black and white anymore, it’s red and white. The problem with a black and white gradient is that it will try to make a “dark yellow” color which is not yellow at all. The darker you want yellow to be, the more you should shift its hue towards red:

Let’s take an eyedropper and see which hues are there now:

I have to point out that every button can be made better by hand-picking colors instead of relying on maths. But while for most colors shifting hues works rather fine, for yellow it’s absolutely unacceptable.

Transport map design. Part 3
In part 1 I’ve covered the difference between the Beck’s London underground map, our Ekaterinburg metro map, and the Vignelli’s and Hertz’s maps of New York subway
351   2017 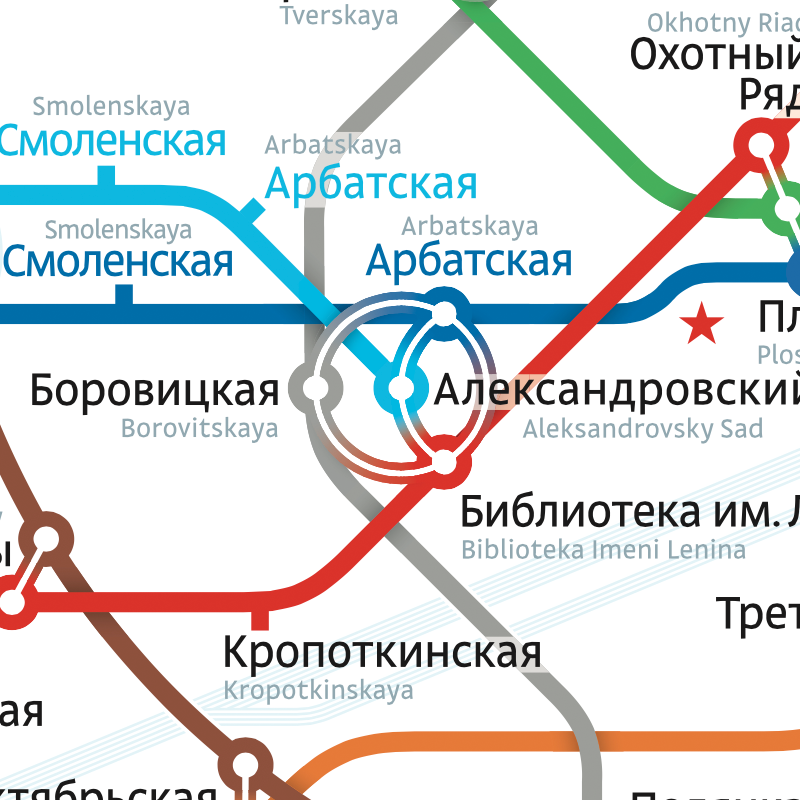 Transport map design. Part 2
In the first part I’ve covered the difference between the Beck’s London underground map, our Ekaterinburg metro map, and the Vignelli’s and Hertz’s maps of New York subway
219   2017
Ctrl ←My iOS 6 predictishlist
Ctrl →Gruber and Siegler in The Talk Show #4