See an earlier post on Berlin U-bahn station lettering. Now, to the rest of the U-bahn. 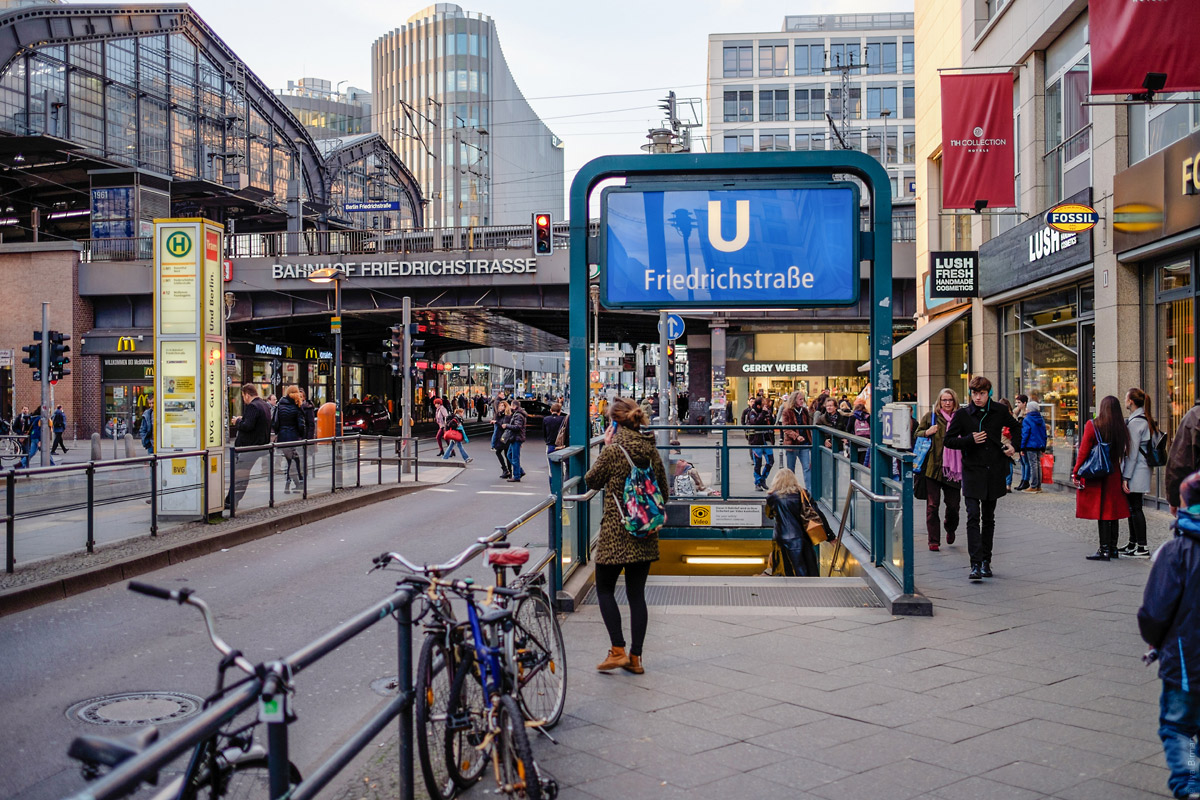 There is also a tram stop to the left and a train station above the road. 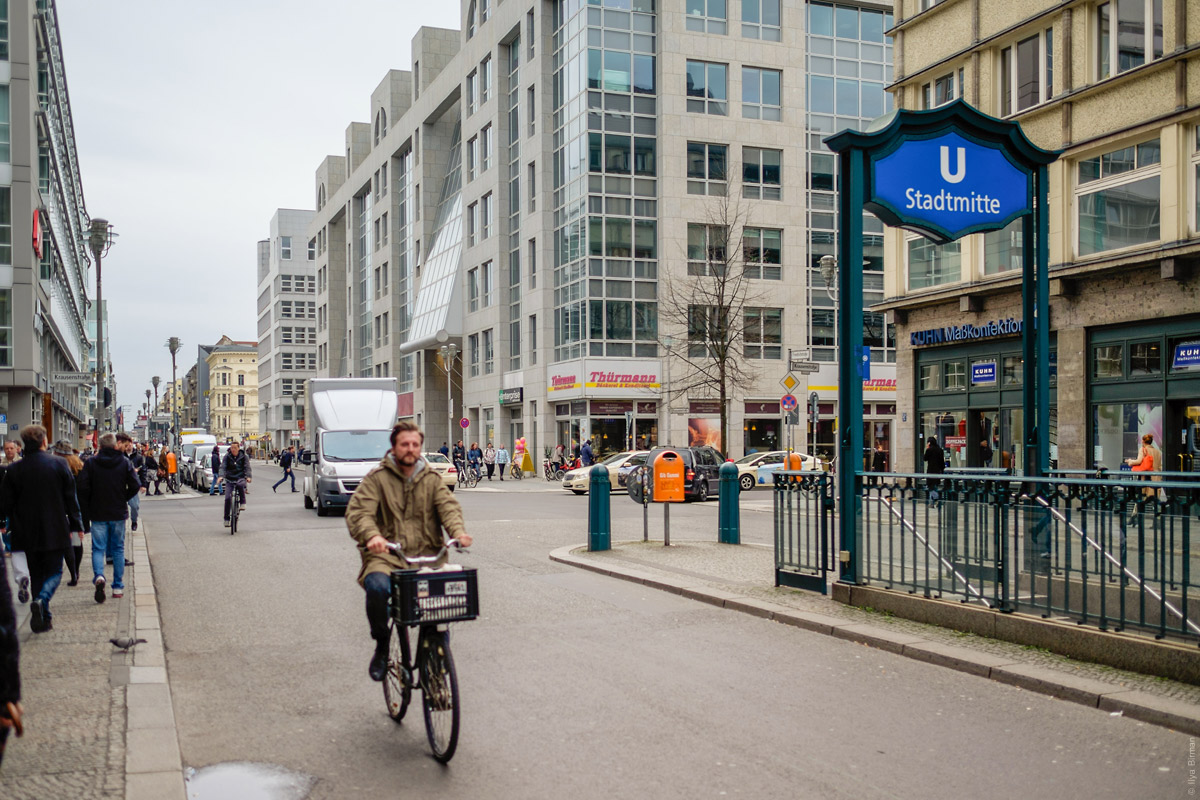 A schedule at the entrance: 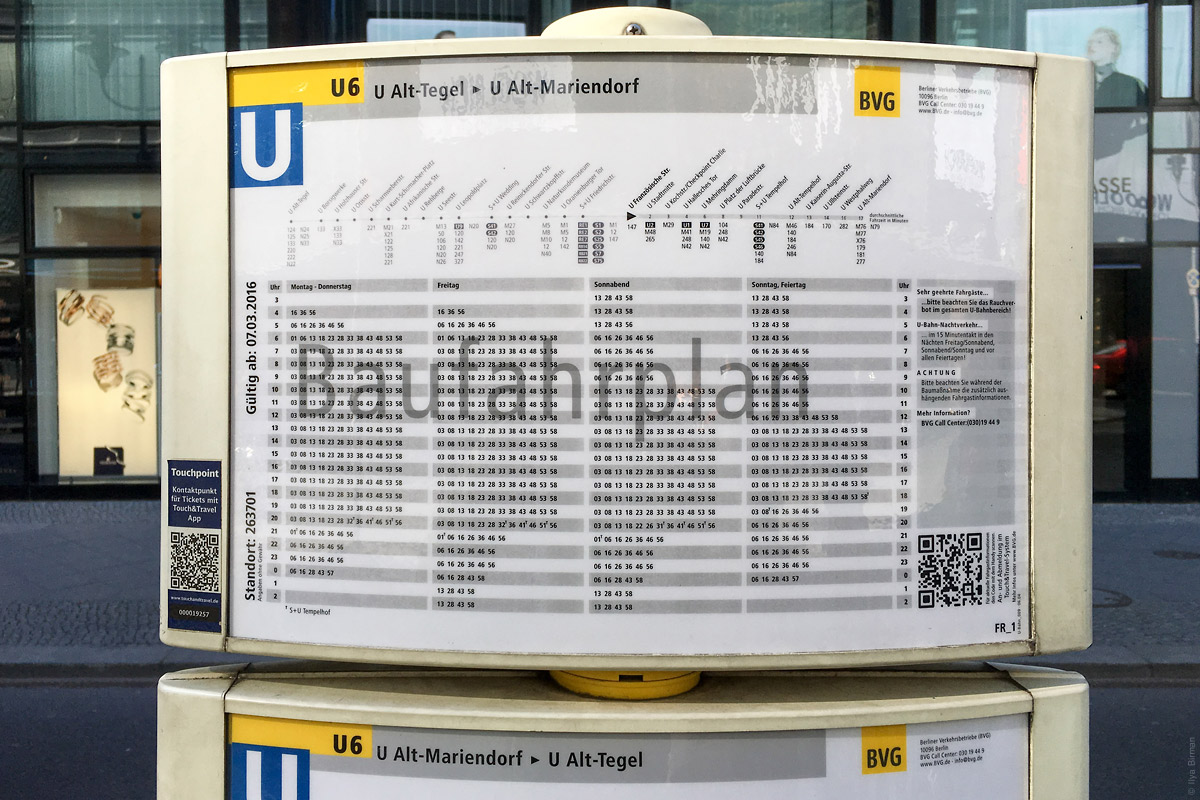 Elements of wayfinding inside the stations. The list of the remaining stations of a line: 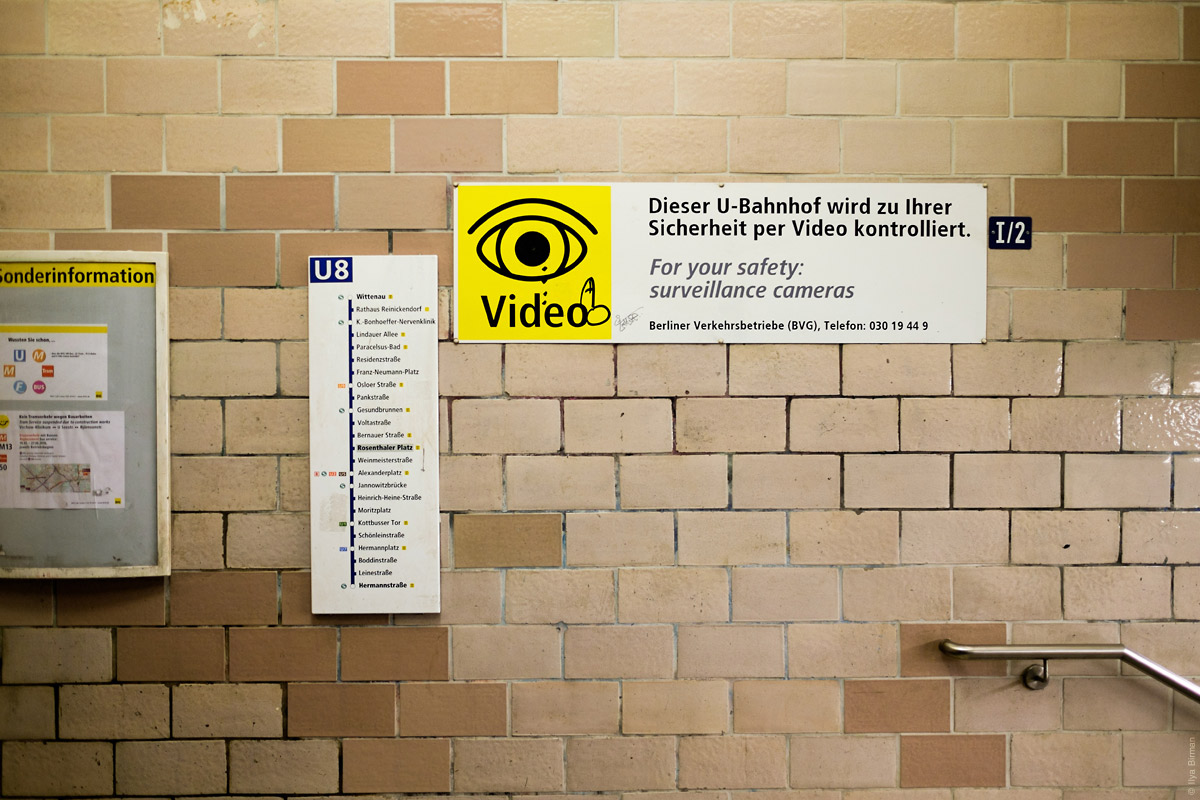 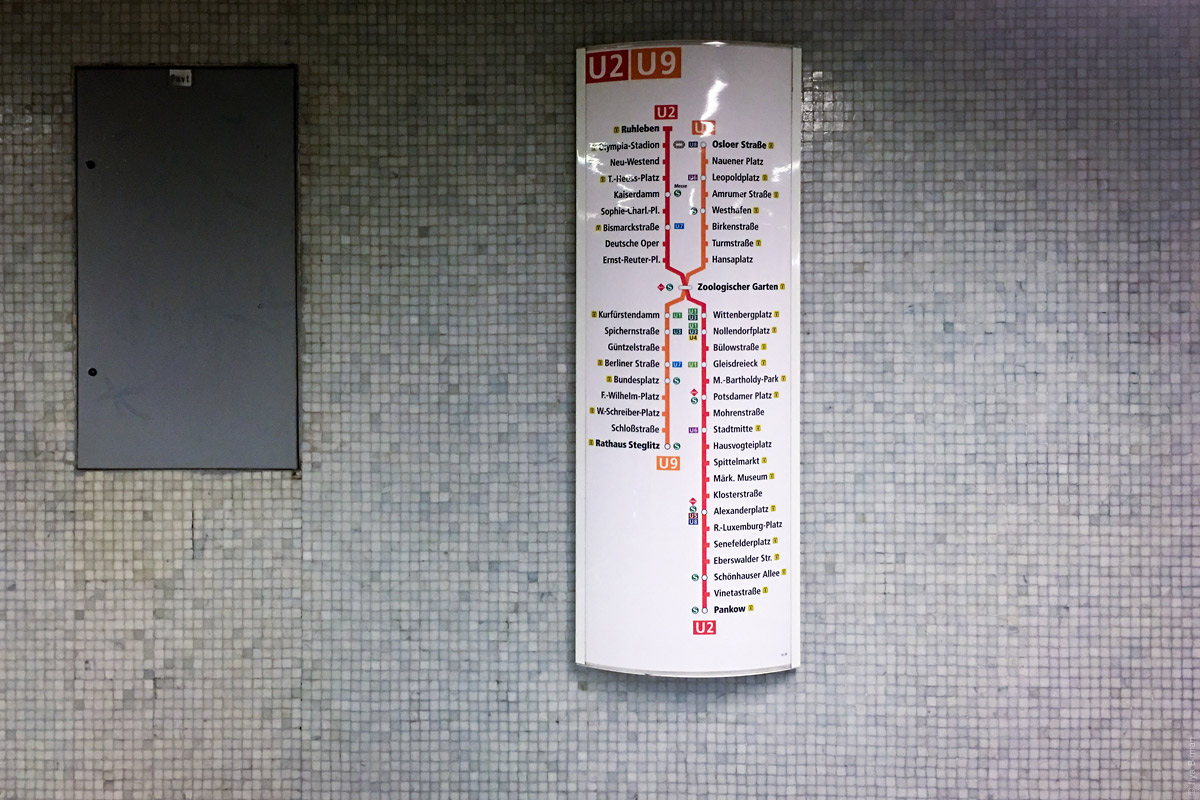 No turnstiles, as usual in Germany. To the left of the ticket machine (white and yellow), there is a small validator (yellow and white): 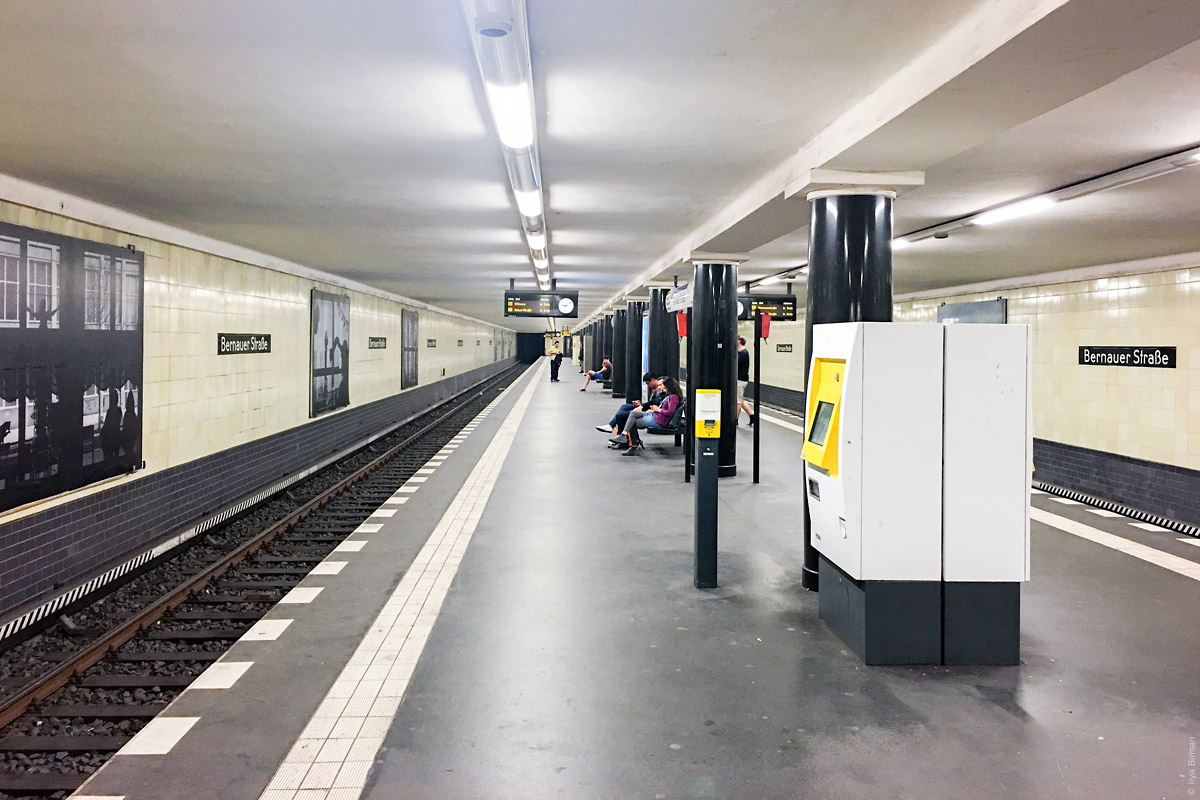 At the centre of a platform there is usually an element with the station name and exit guide: 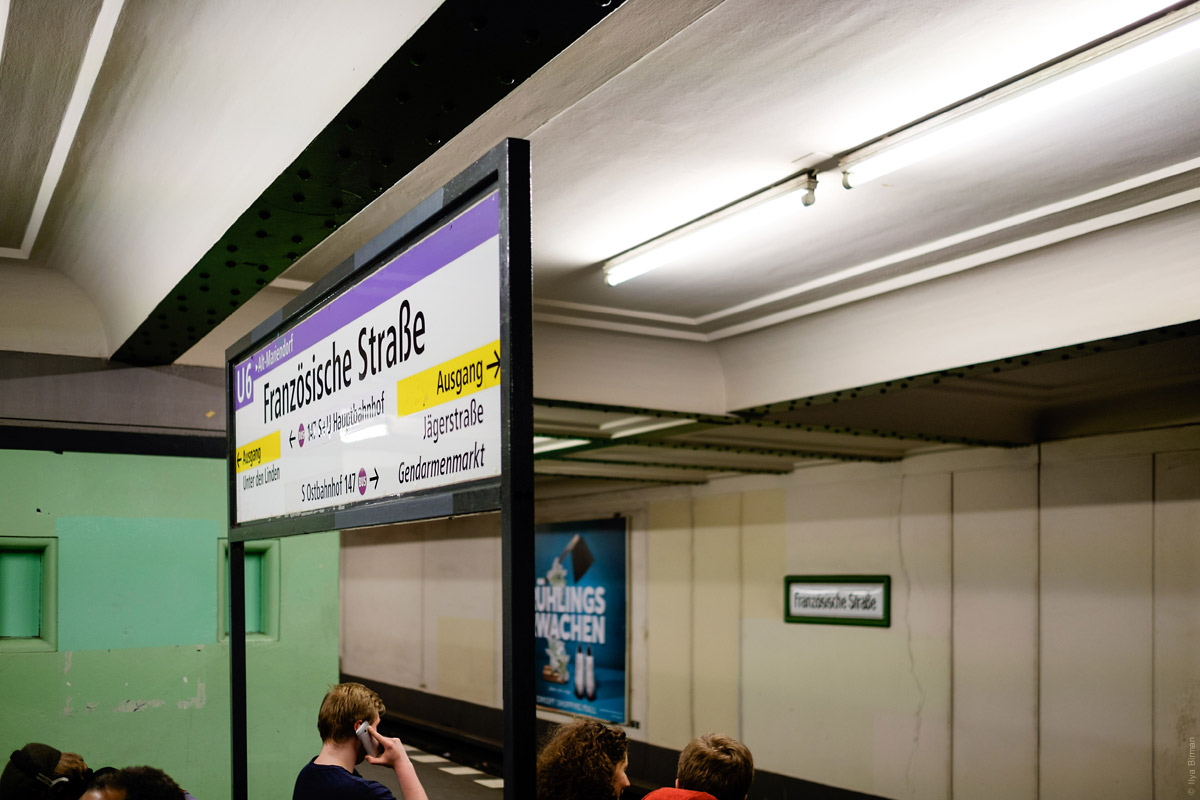 A similarly design element, but wall-mounted: 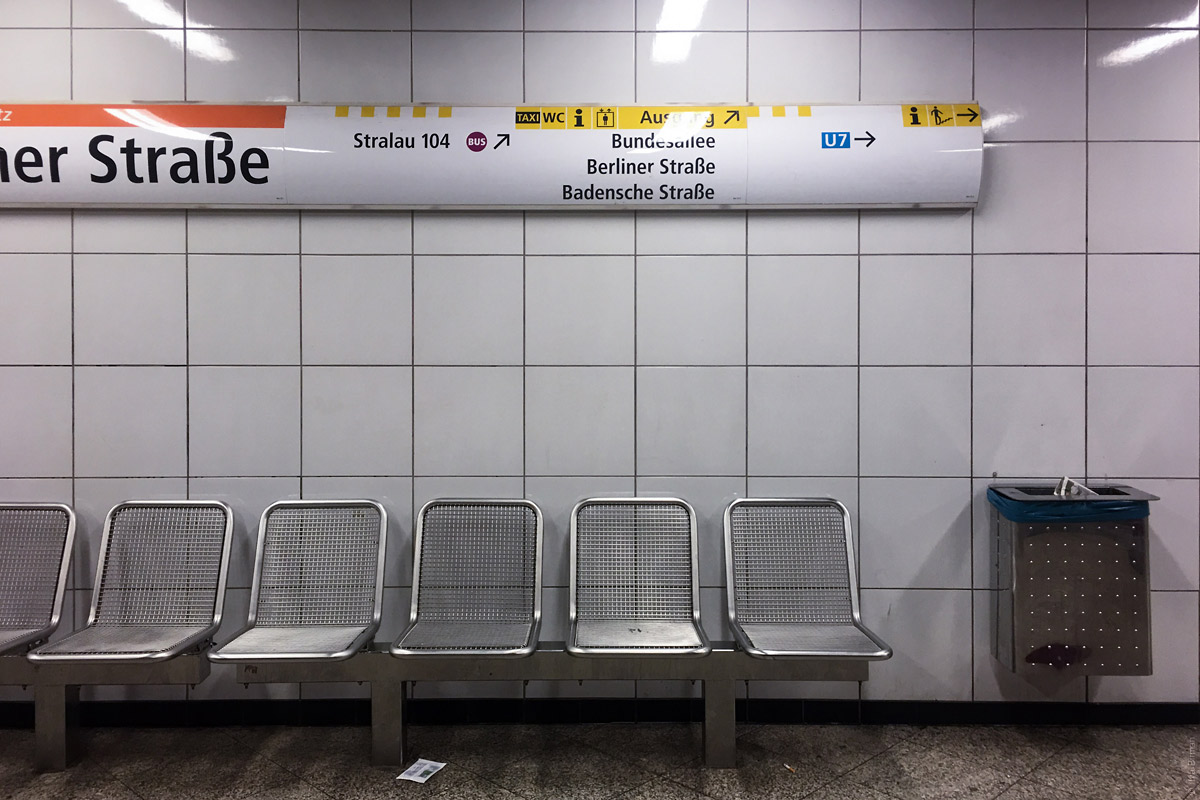 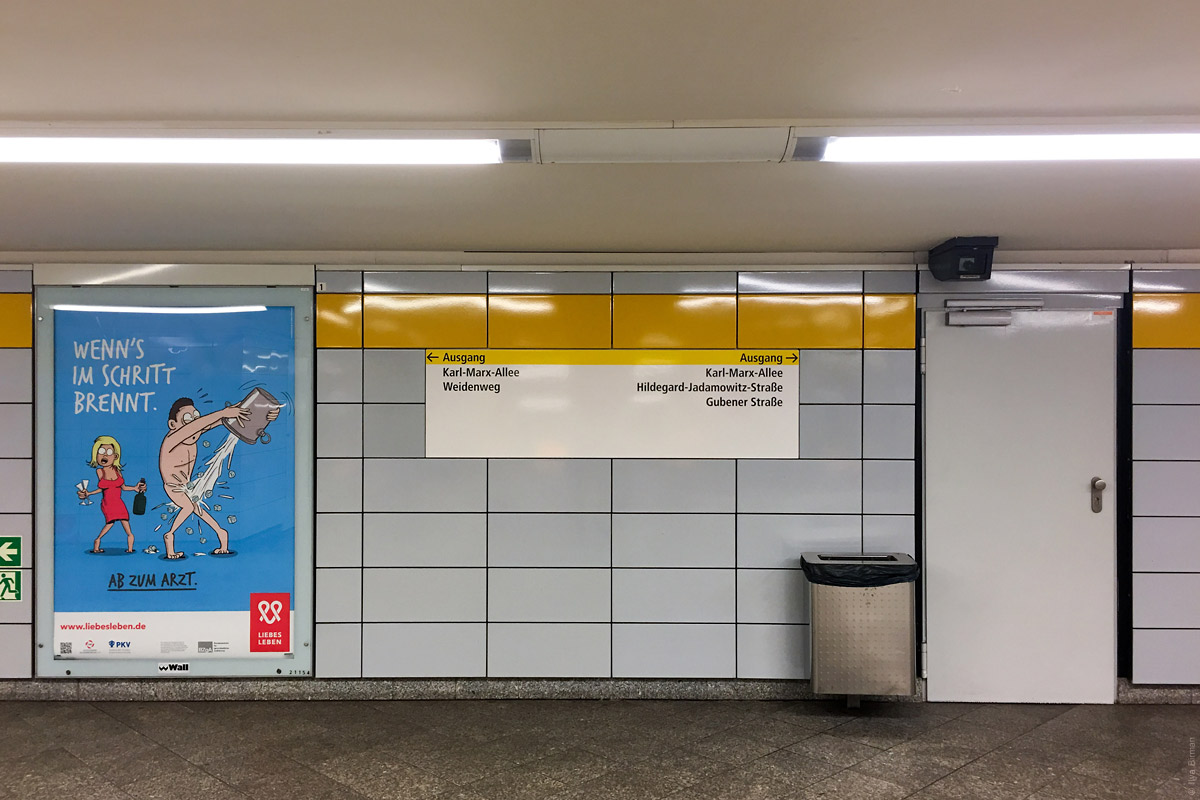 Time to the next train, service information and a clock: 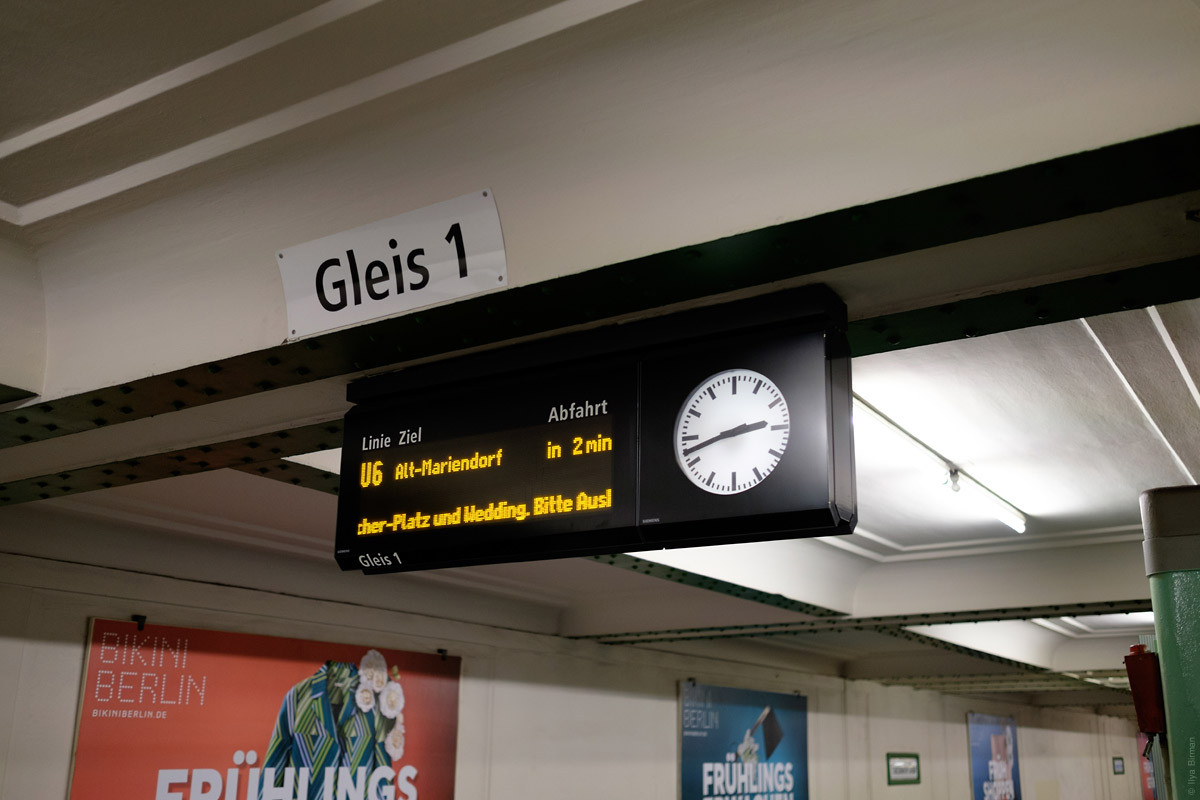 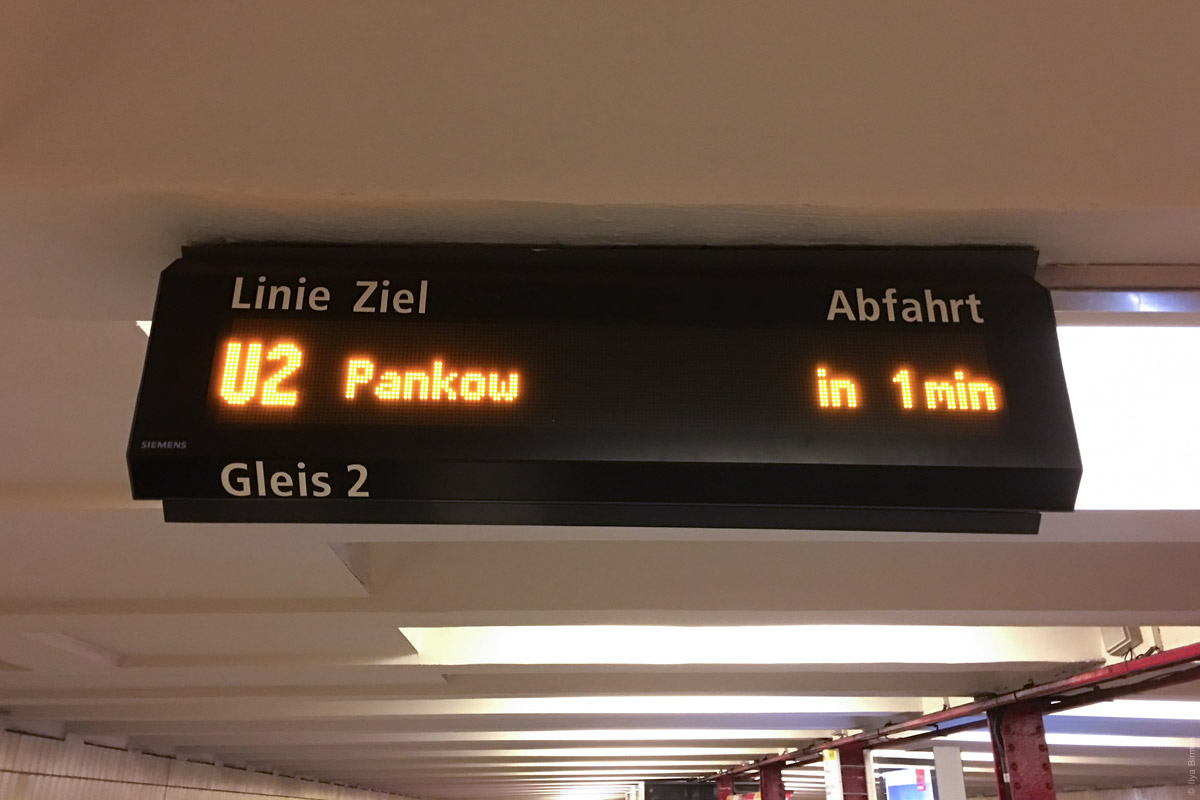 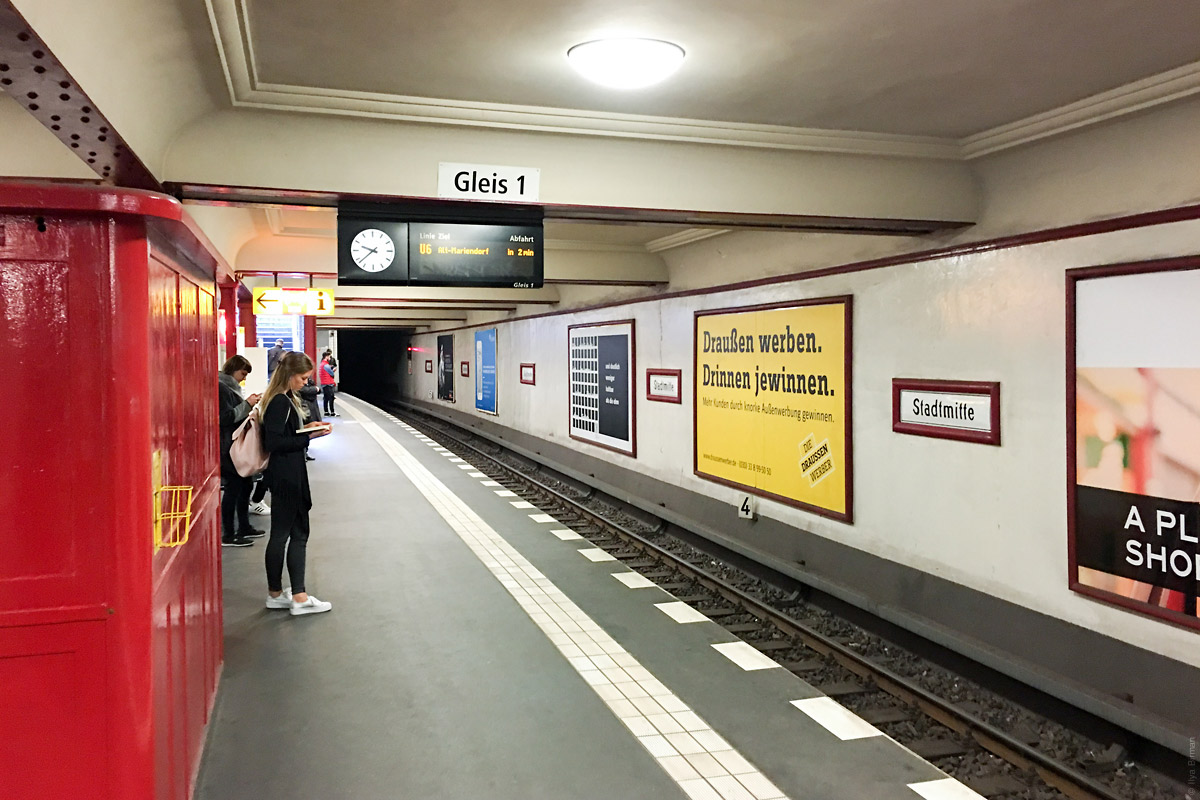 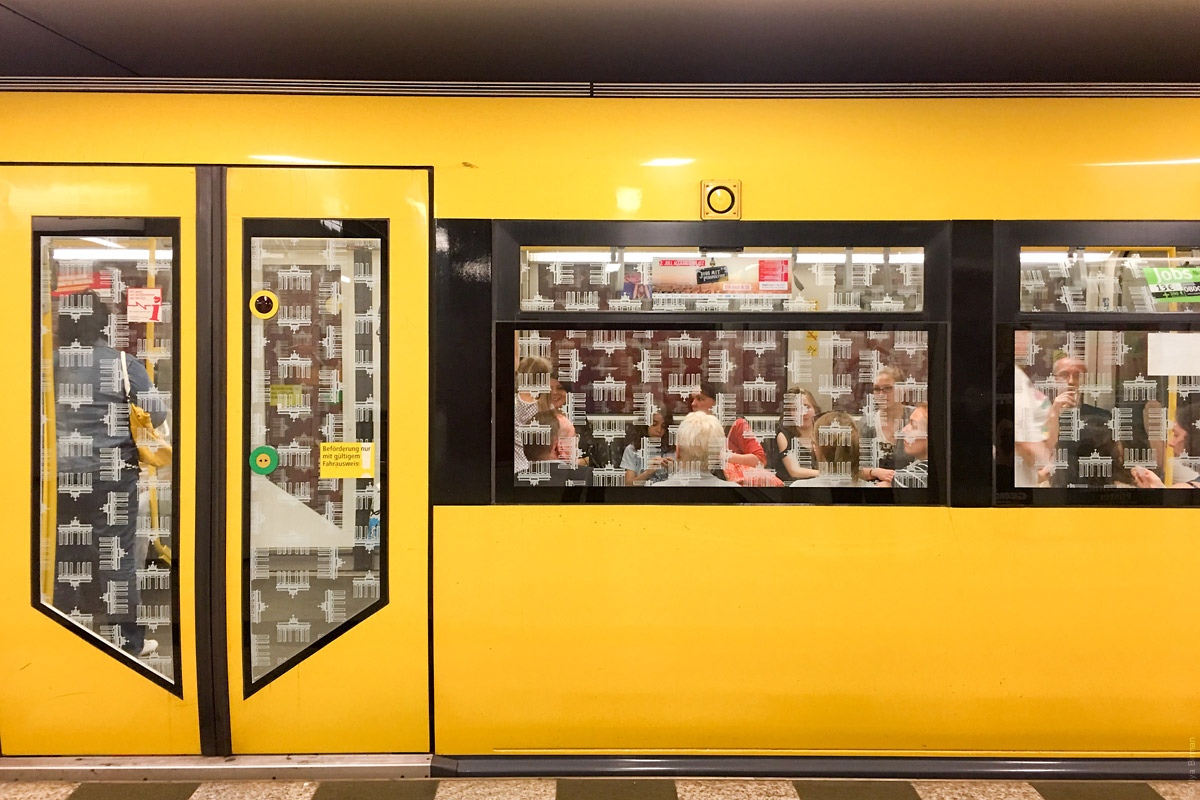 All trains have an external speaker (above a window) so that the announcement are heard from the platform. The windows are filled with the pattern of Brandenburg Gate.

Inside an older train: 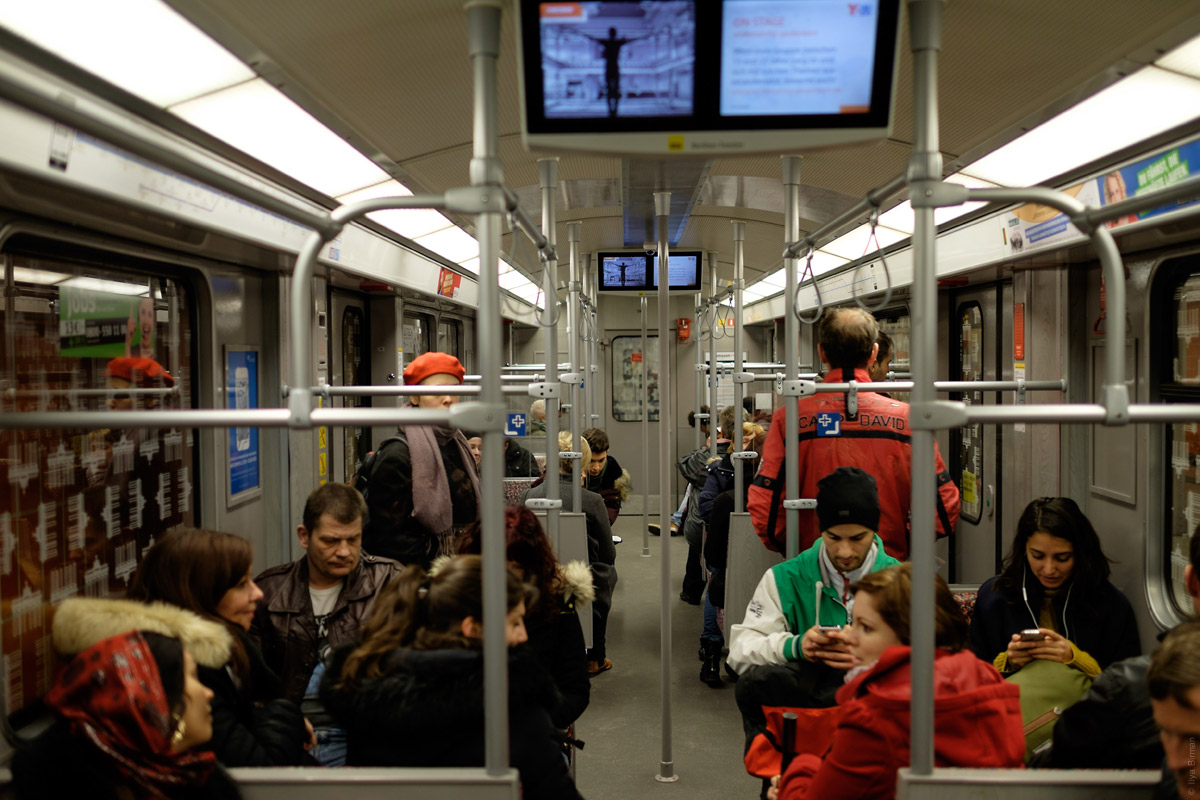 Inside an newer train: 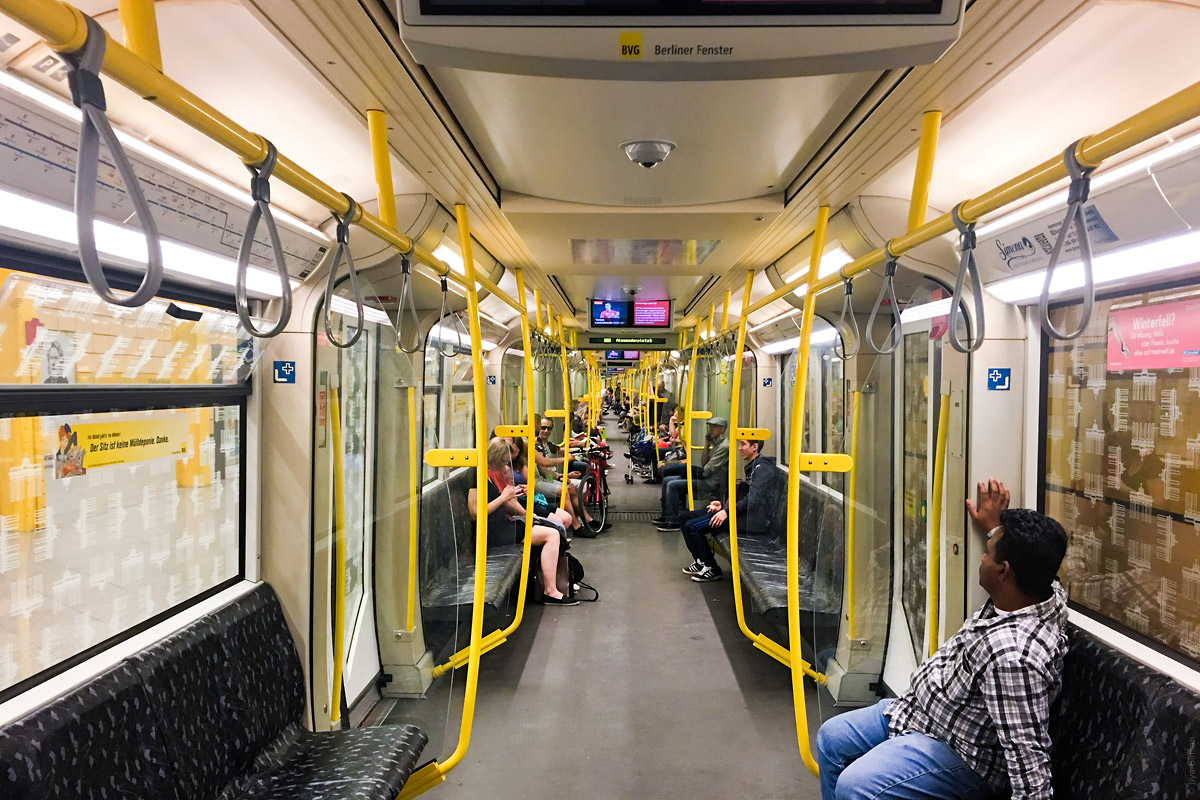 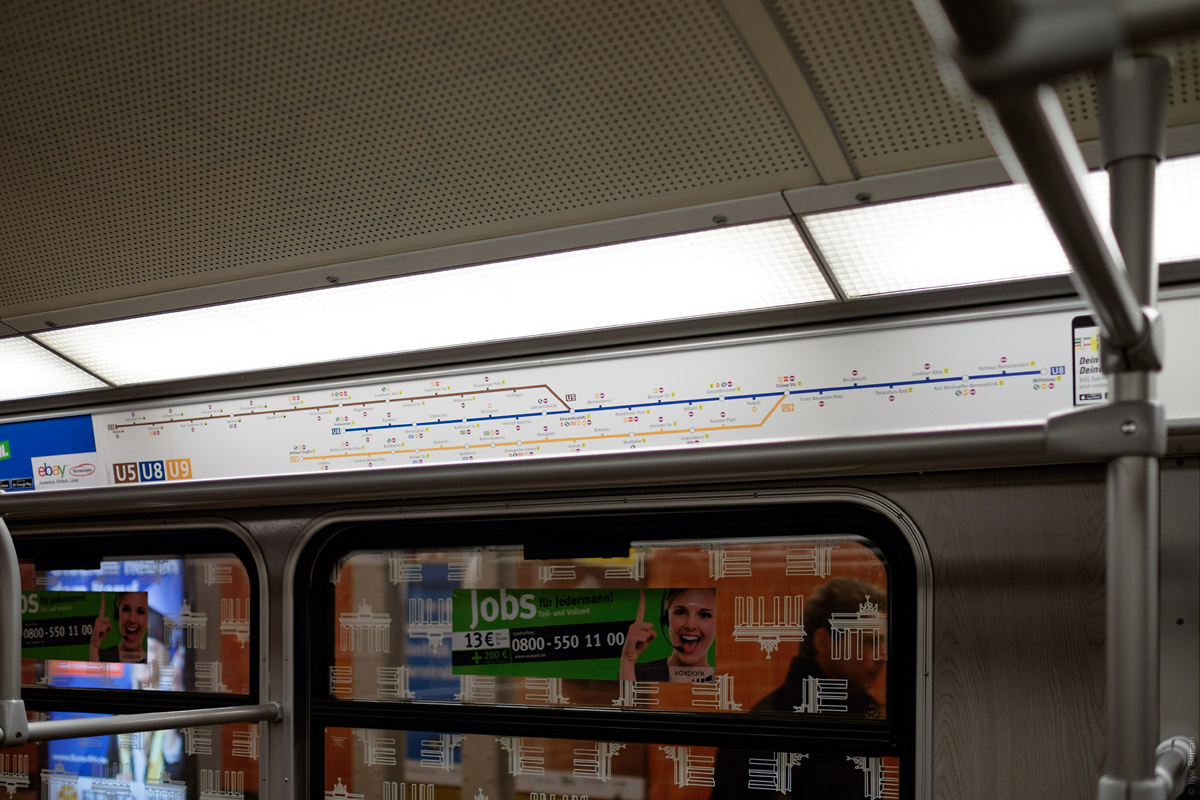 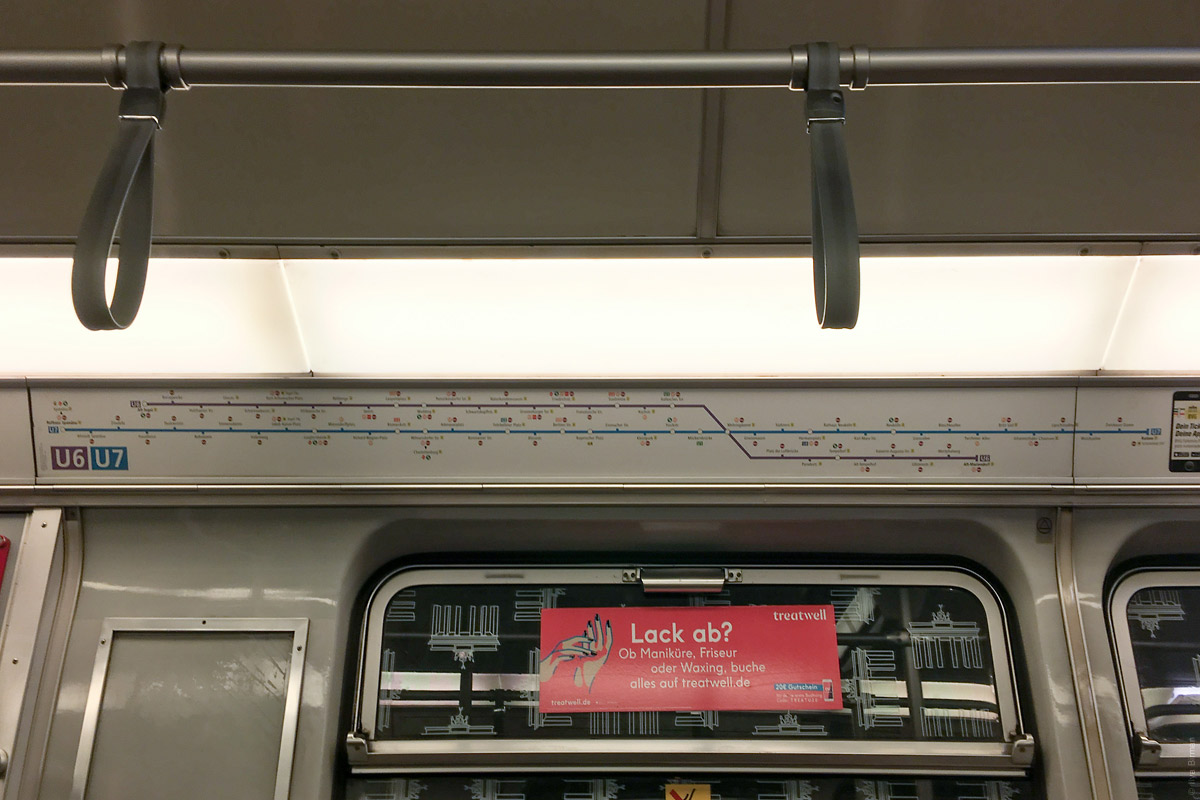 Apparently, this reduces the production cost. But this format also makes the shown lines more “related” in the eyes of a passenger, even though transfers to other lines are no worse.

A button to open the doors: 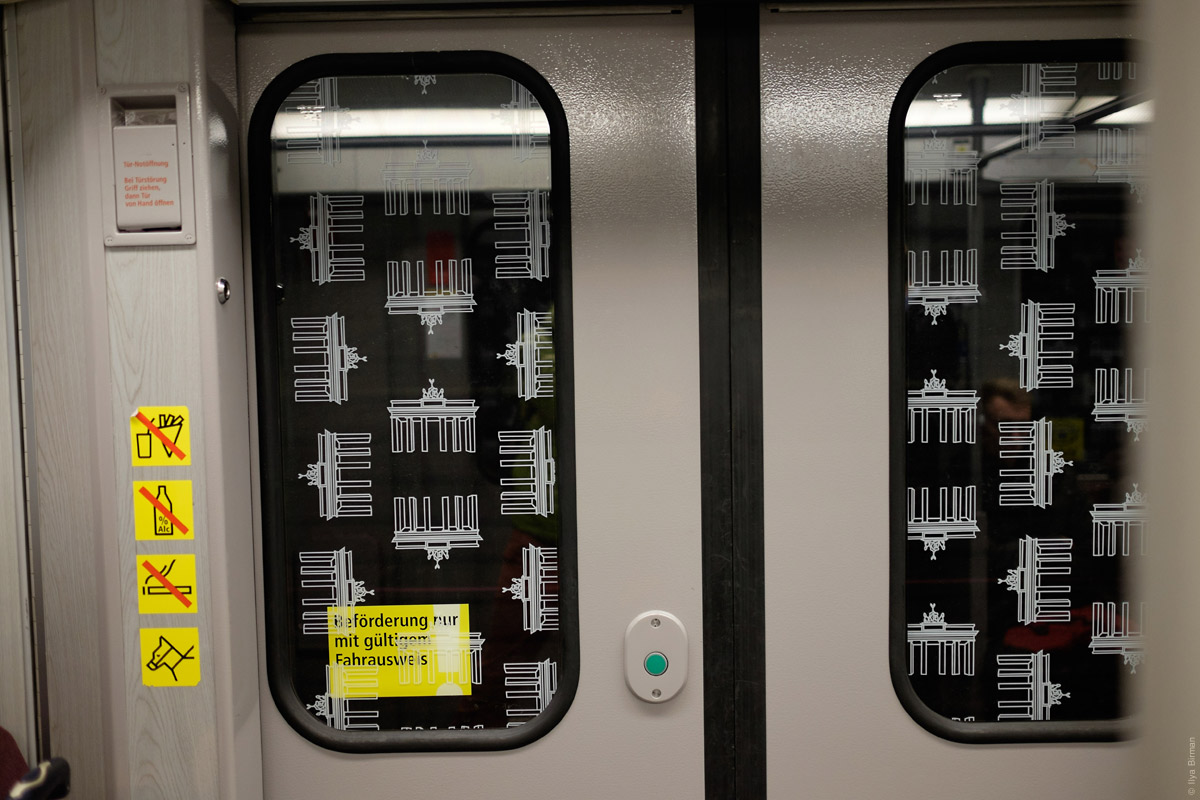 The system map is on the ceiling: 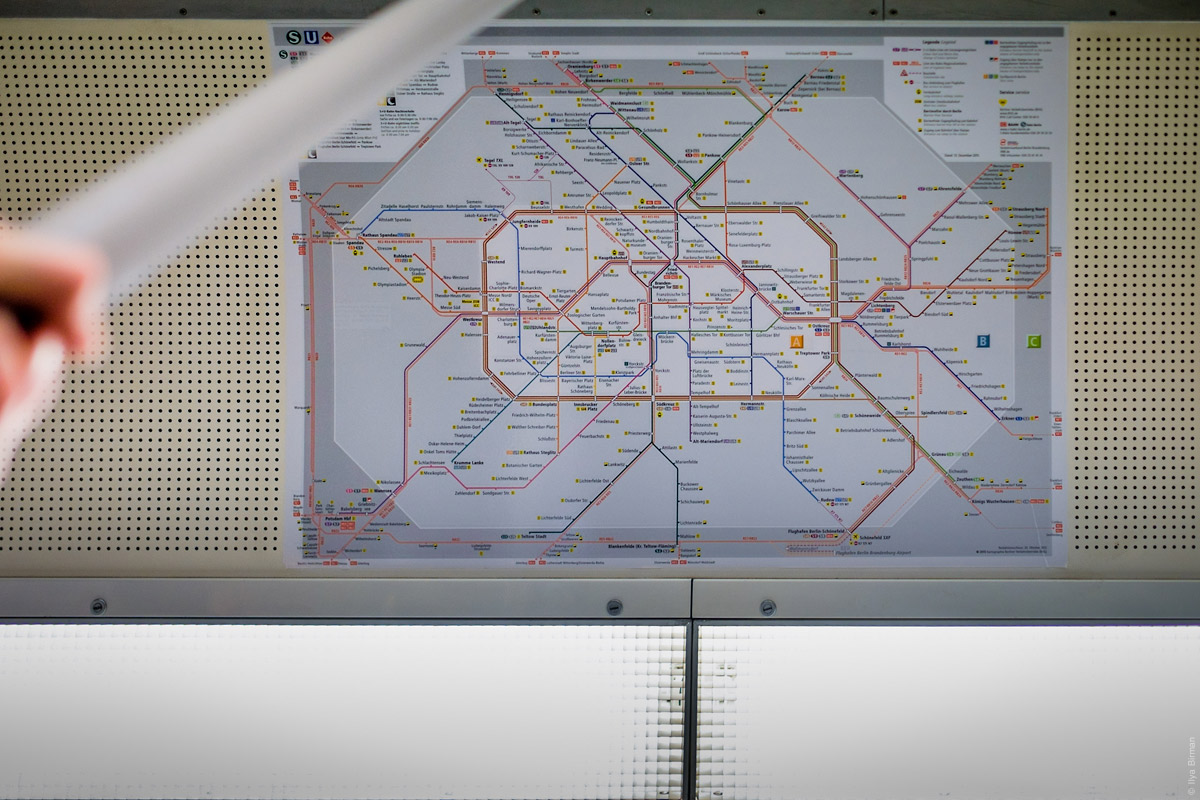 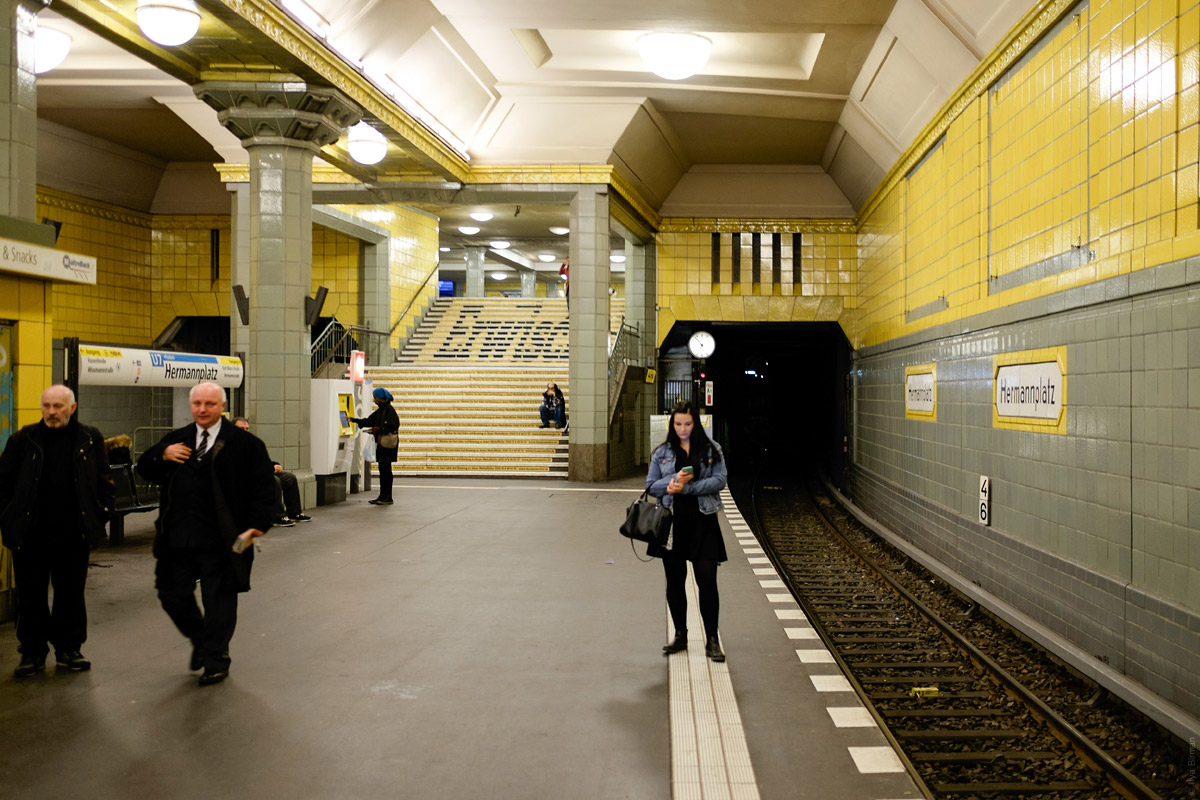 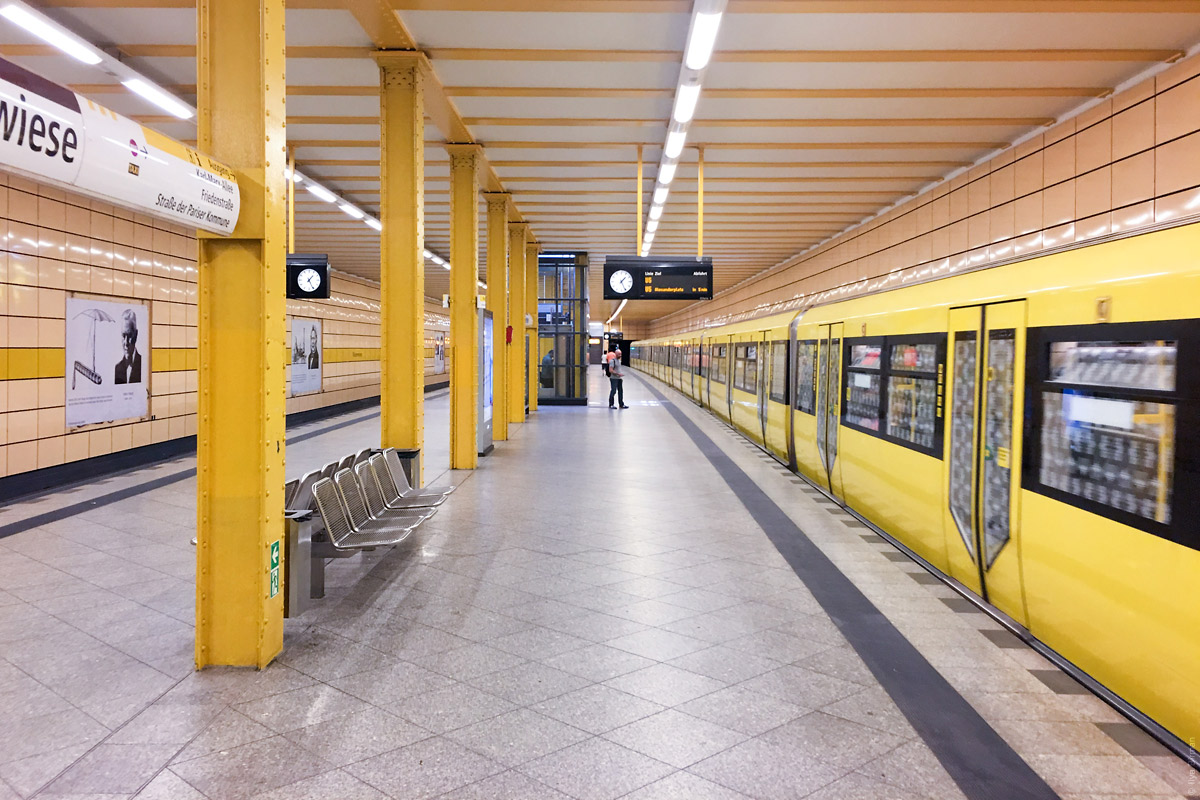 A train on an elevated structure: 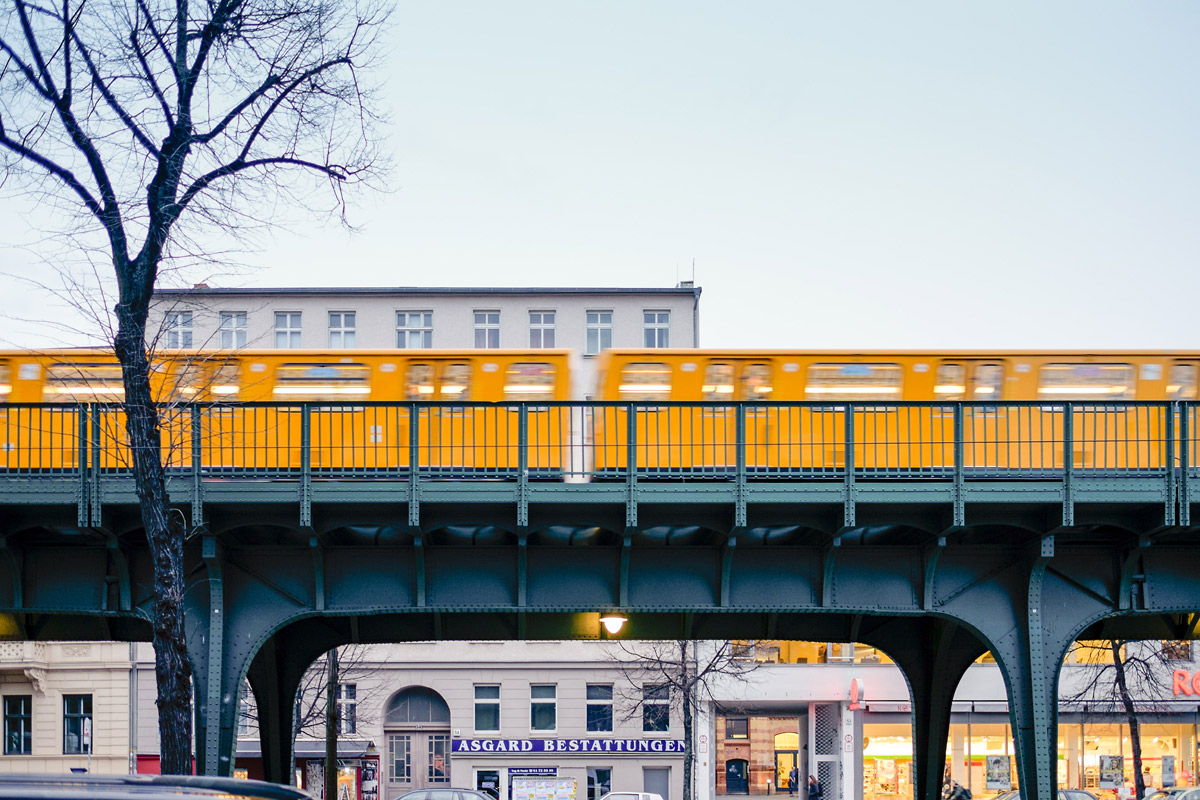 The photos are from the trips of March and May 2016. 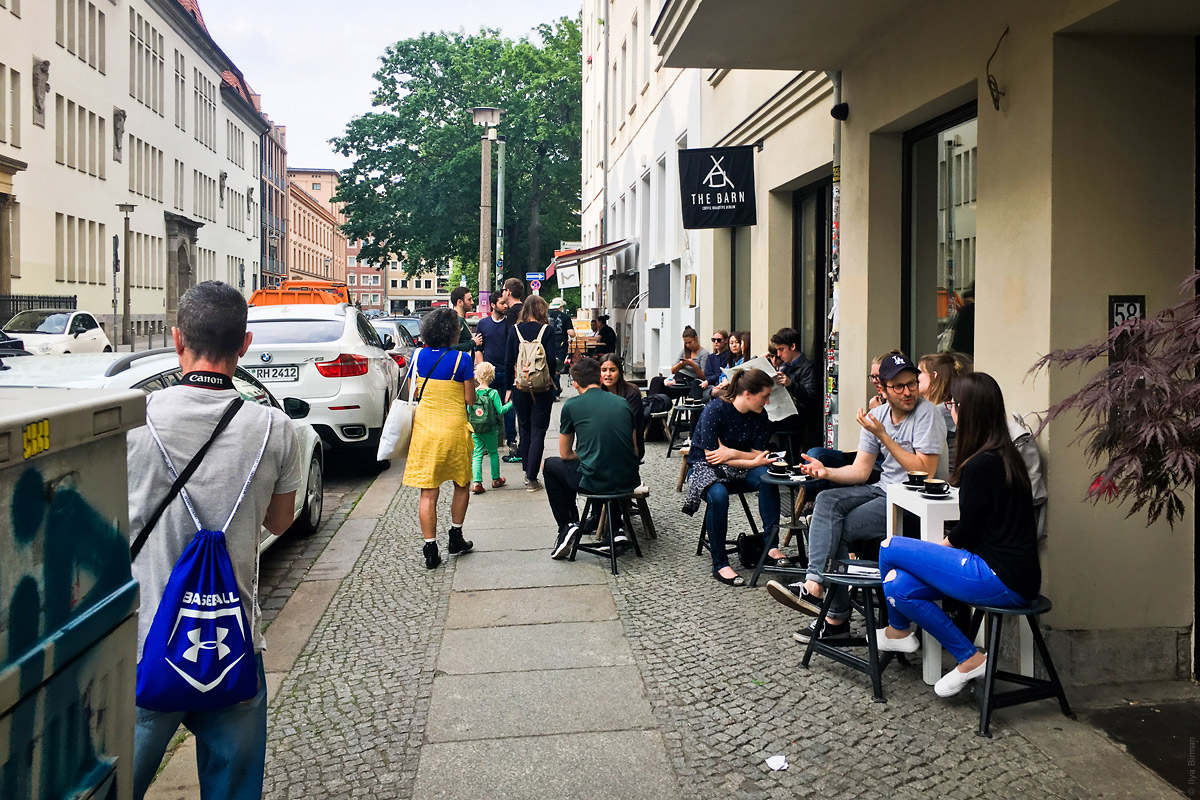 Coffee in Berlin
I visited three coffee places in Berlin: The Barn and two Bonanzas
284   2017 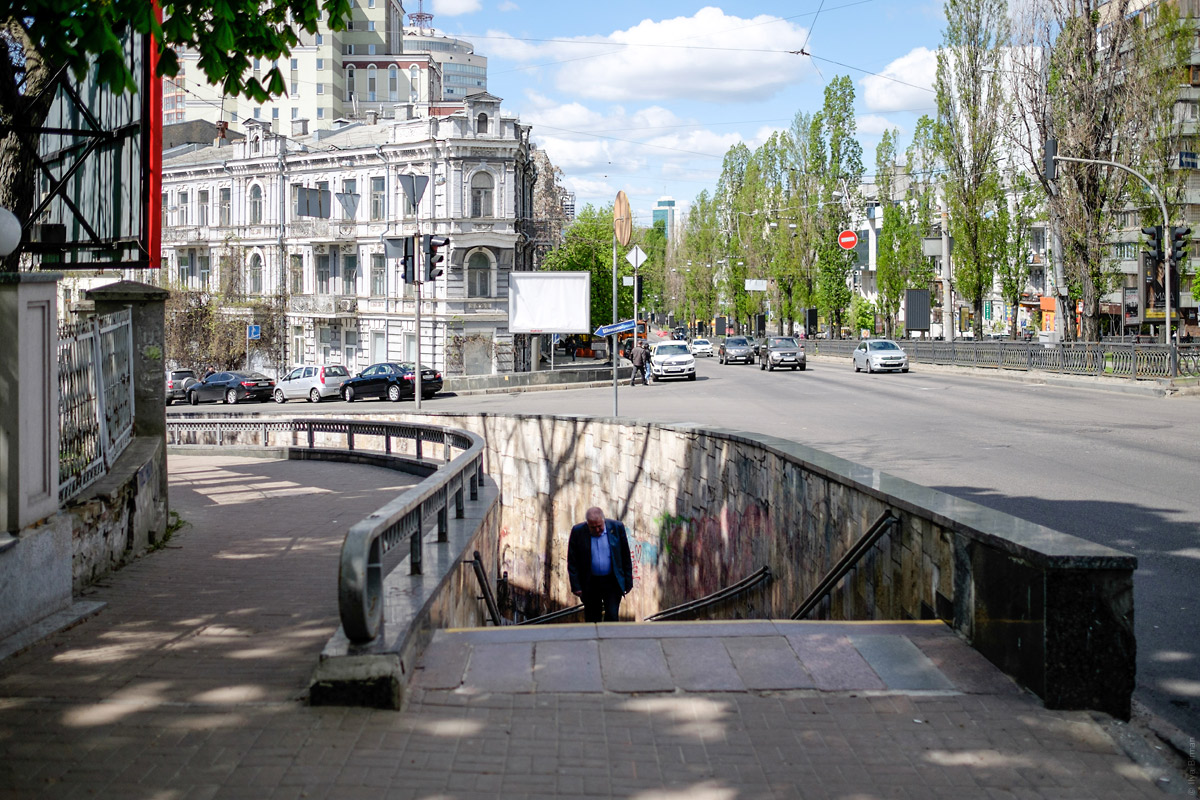 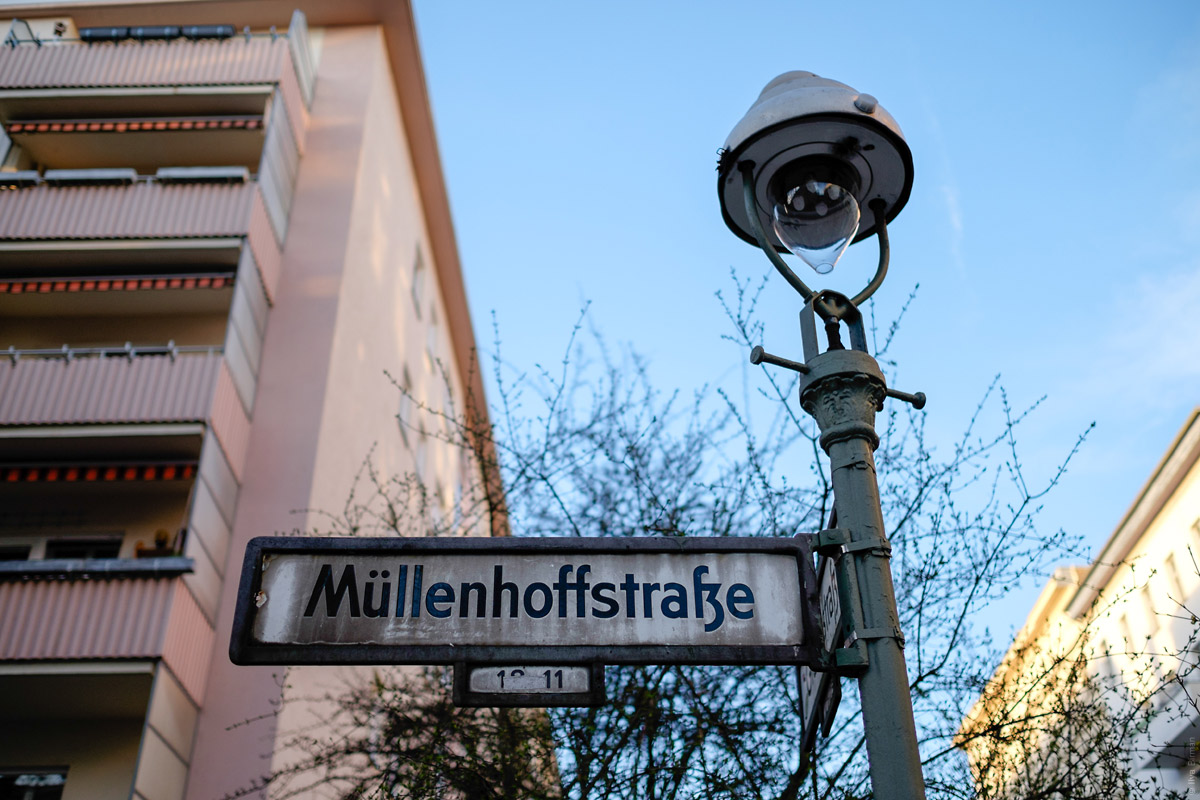