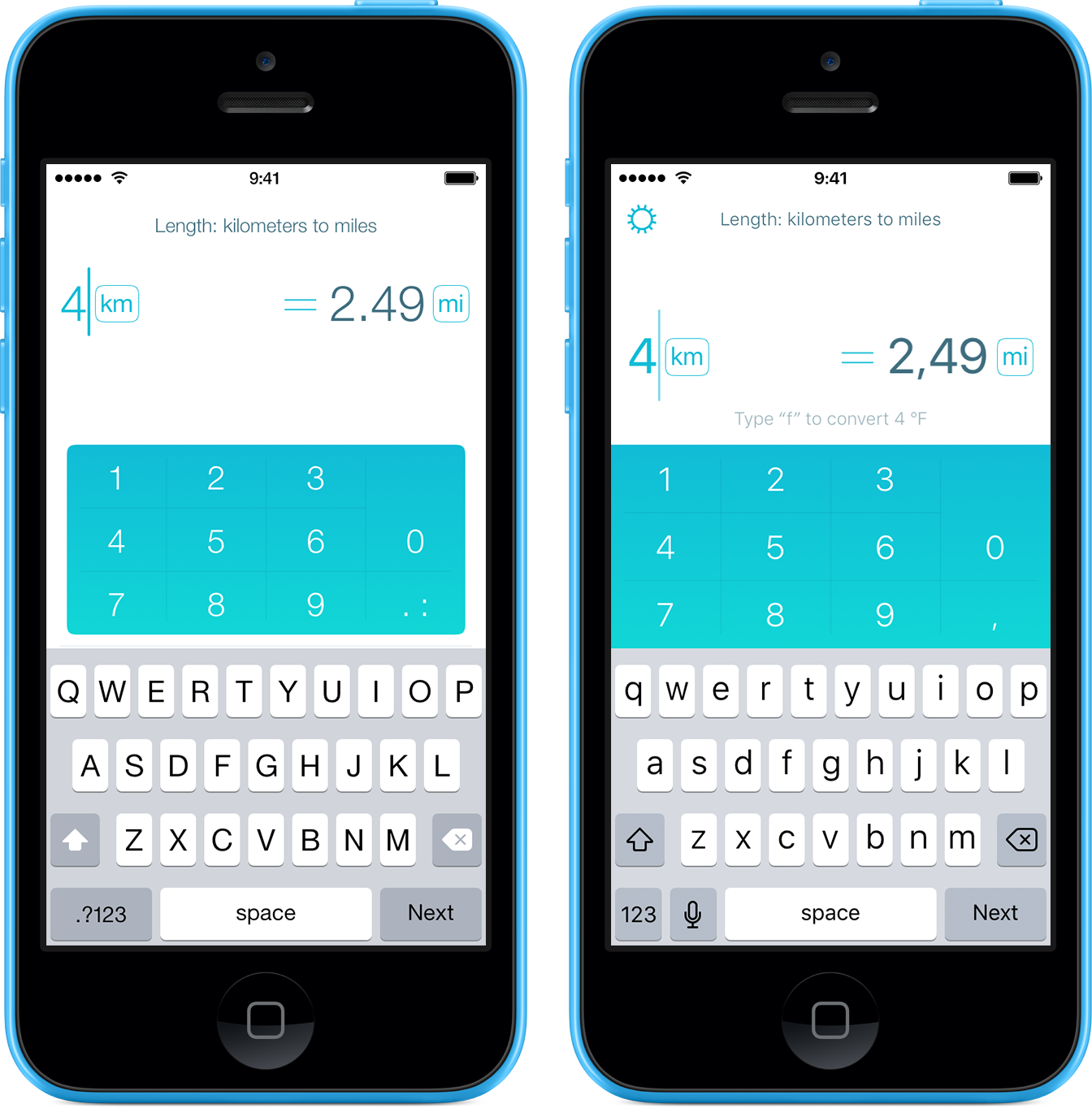 With Alex Babaev we have a policy of no comments about the future of Ångström. We want the freedom of being able to change our minds any time

Ångström: the Watch and dictation

The new version of Ångström codenamed Plato is available. We now support the Apple Watch. You can talk to your Watch about all the stuff related to unit...

Autocomplete with and without selection

We’ve updated Ångström to version 1.4 for you

The new version of Ångström codenamed Greenwich is now available. Everyone can now convert hours to seconds, weeks to minutes etc

One of the objectives of the design of Ångström was getting the result as fast as possible. But we’ve confronted a problem with currencies

With Ångström, we were thinking about a way to make the units you use most, accessible more easily

While developing Ångström, the unit converter for the iPhone (check it out!), Alex Babaev and I have come up with the Ångström Style System

Ångström, the unit and currency converter